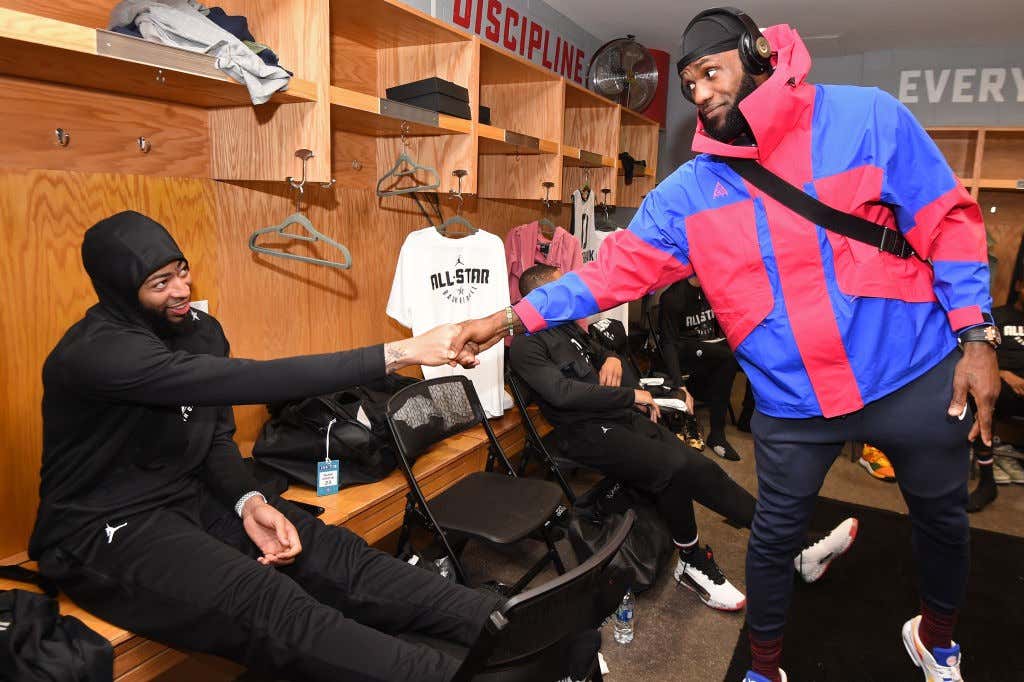 Even without knowing the protections or the specifics about those draft picks, it was already one of the biggest trades for a star in NBA history. Well then the protections started to trickle out

Considering where the Pelicans were dealing with from a leverage standpoint, that is an incredible final tally. If you’re a franchise like the Pelicans, that’s the type of package you can really benefit from as you try to rebuild your franchise. Especially with the parameters around the picks that come up when LeBron is most likely off the roster. For the Lakers it’s whatever, you could give two shits about your future in order to pair LeBron with AD and you know AD is staying

but you add in those parameters to the young talent the Pelicans got in the draft, it’s not surprising this was obviously their best offer and a huge win for Griffin.

That’s only half the story to this trade though. When we all saw it on Twitter we just assumed the Lakers would now also have enough money to bring in a max free agent this summer, and that the Lakers were on the brink of their own three headed monster. Well here’s the thing, the timing of all this is extremely important, and that timing demand may have been a huge part of why Griffin accepted this deal

Woj is saying that Davis is not waiving his $4M clause (which seems crazy to me), so if part of this deal was the fact that it had to be completed on July 6th and not July 30th, the Lakers then do NOT have the money to add in that third star, whether it be Jimmy Butler or Kyrie or Kemba Walker, guys that are going to be looking for $30M+. Even if he opts out of that trade kicker, you’re still asking these potential free agents to leave a shit ton of money on the table, and who knows if that’s realistic. Common sense says the Lakers probably knew this and still went with the deal anyway because Davis is that elite of a talent, but this is also Rob Pelinka we’re talking about so you have to give it a 15% chance he had no idea this rule existed. While pairing Davis with LeBron is still a big deal, if they really didn’t factor in the timing of this whole thing and its impact on their ability to bring in that third star, giving what they gave up that’s a pretty big fuck up by the Lakers. The big question is now, was this huge price paid by the Lakers only on the table if everything was done by the 30th? Or was the willingness for the Pelicans to accept the deal the requirement that it was done on the 6th.

So while it’s true the Lakers landed their big fish and LeBron got what he wanted, there’s also a chance this whole thing blows up in their face if they can’t land that third elite guy. Basically if you thought the drama was over with that Woj bomb yesterday, in reality we’re only getting started.