I’d be remiss not to start this off with Eloy.  Sox are down 1-0 off a cheap Luke Voit wind aided dinger.  Lard ass CC leaves a cutter over the outer half and BOOM

You do NOT want to leave a breaking pitch up and out against Eloy Jimenez.  His matchup with Cessa was doomed from the start.  Cessa is a slider pitcher.  He uses that pitch 48.7% of the time he throws a pitch. Eloy is a goofball but when he’s at the plate he gets this crazy person look in his eye.  In other words, you can just tell he’s in the zone.  If Cessa made a mistake 1 inch off his target with a slider, Eloy was going to murder a ball: 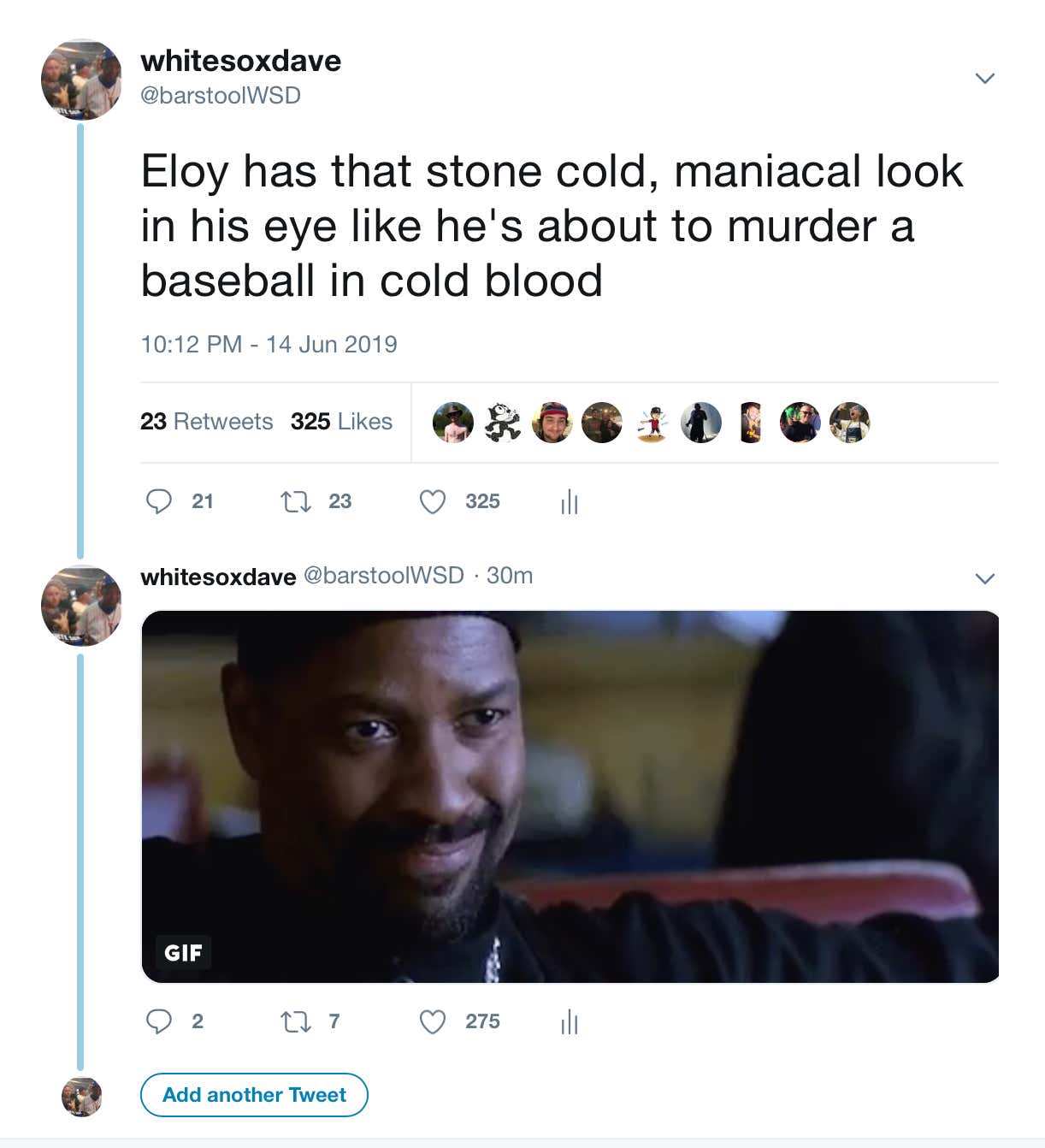 And murder a ball he did.  He fucking destroys pitches where he can get his long levers extended.  This one came off the bat at 112MPH but *only* traveled 425 feet.

So far on the year he’s gone 6-15 with 4 bombs in 5 games against the Yankees this year by my count.

This isn’t updated with the two bombs tonight, so just add to more red dots to CF and RF 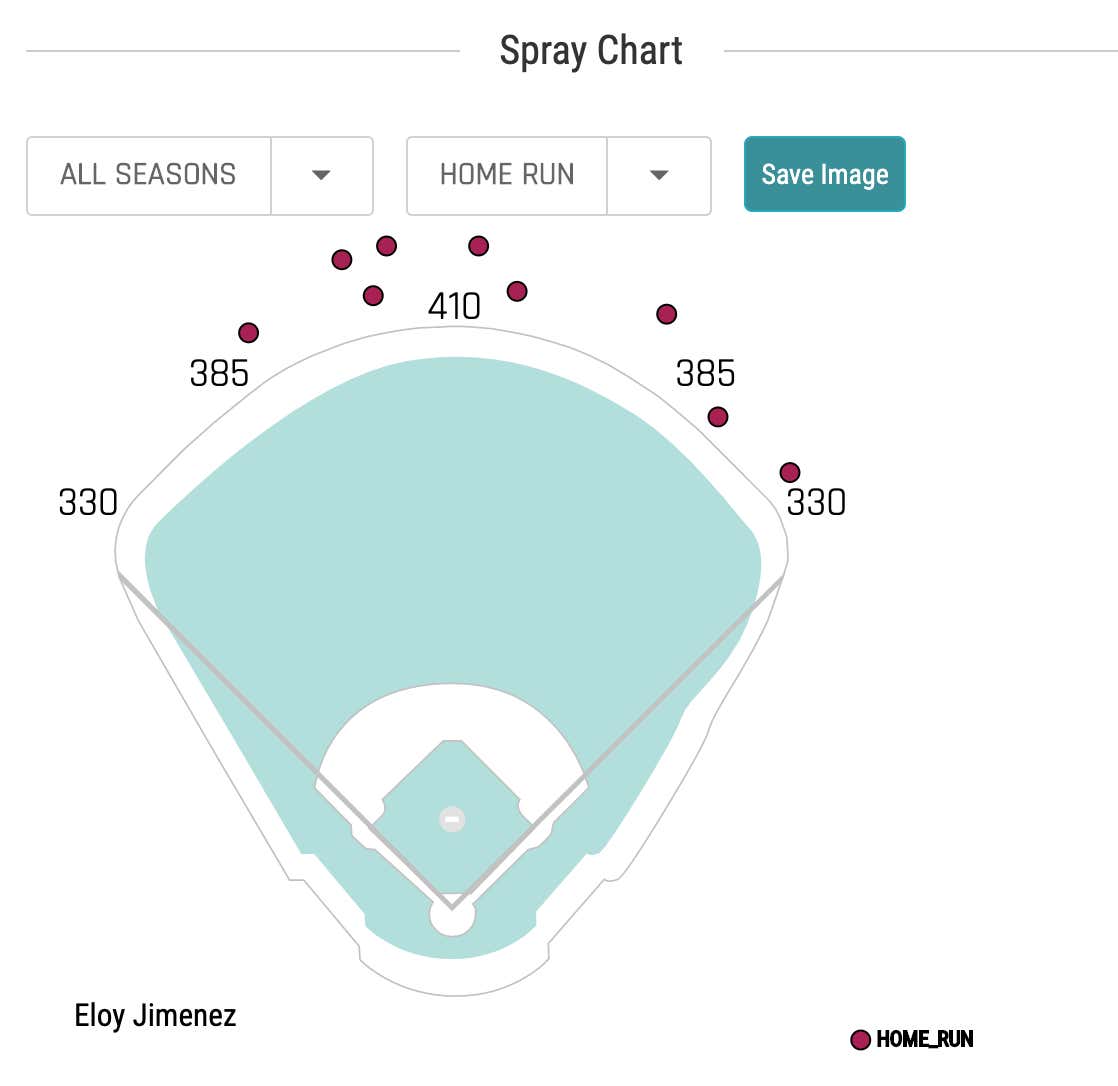 Dude uses all fields with authority and has officially CANCELLED the out of the zone slider that pitchers were attacking him with earlier this year.  He’s going to hit 30+ home runs this year, assuming he stays healthy

Not his best fastball command tonight, but that’s okay.  He battled his dick off and generated a ton of weak contact.  If he had his typical fastball command, the Yankees entire lineup would have shattered knees right now, because he was doing shit like this:

Fastball command not there?  Okay, he’ll just work off his change and curve and generate outs that way.  On the season Gio is now 10-1 with a 2.22 ERA, an fWAR north of 3.0 and none of the advanced stats say he’ll regress hardly at all.  This kid is on his way to Cleveland to start the All Star game and will be in Cy Young discussions at the end of the year.

Everyone in the entire starting lineup had at least 1 hit today.  GREAT baseball game all the way around, from top to bottom.

I said it earlier today; the last time the Sox were .500 (aside from being like 1-1, 3-3, etc. in April) was when they were 50-50 on July 26th, 2016.  This rebuild was painful, but tonight is evidence why it was completely worth it.  The ends are going to justify the means.  They’re still not quite there yet but this is fucking fun.