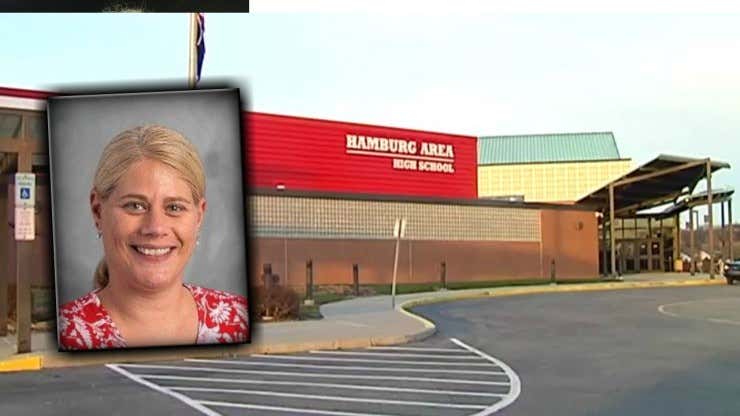 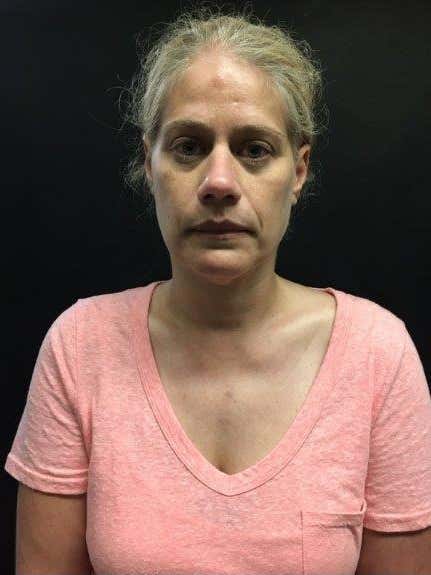 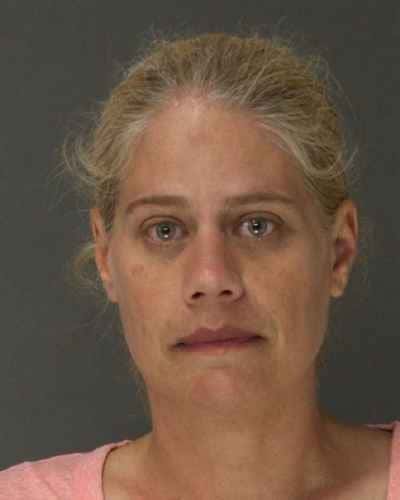 Pennsylvania – A former Hamburg School District teacher, awaiting sentencing for having a sexual relationship with a 16-year-old male student, was re-arrested after authorities discovered that she continued to speak with the youth by cellphone.

Holly A. Smith, 48, of Shenandoah, faces new felony counts of unlawful contact with a minor, criminal use of a communication device, corruption of minors and other offenses. …

As a condition of bail, Smith, a former Windsor Township resident, was ordered to have no contact with the student, who is now 17. …

On May 20, a detective received paper copies of text messages between the teenager and a person self-identified as “Alexis.” The messages were in Spanish.

Contact was initiated Jan. 2, when Alexis sent an automated invitation to the youth that read, “Hey there! I am using WhatsApp.” …

“The content in the text messages contained plans for Alexis and the child victim to meet in secret, unknown dates or time,” Detective Pamela Matthias wrote in the criminal complaint for Smith’s arrest. “’Alexis’ professes her love and the child victim replies the same. In the messages, minor sexual content is communicated.”

The victim’s parents told investigators they noticed the youth’s demeanor changed in early January. They suspected he was having contact with Smith, but they couldn’t confirm it.

In April, his mother allowed him to use her cellphone. When he returned it to her, she was unable to use it because he had changed the password. The youth gave her the new password without providing a reason for changing it. She discovered the conversation between Alexis and her son.

She took a screenshot of the conversation and was able to identify Alexis as Smith due to the picture of her face that she sent with the messages.

On May 23, West Mahanoy Township police in Schuylkill County obtained a search warrant to seize Smith’s phone. They … searched the phone and determined it was not the one requested by detectives.

Everyone says they want players who play to the whistle. Not me. Give me those guys who play until after the whistle and I’ll beat your little rules followers every damned time.

Take Holly A. Smith, for example. Her determination and tenacity doesn’t stop when she’s told to stop. She’ll decide when the relationship is over, not the police and not the judge. She’s out there getting jabs in after the bell and you can deduct points or not; she gives no fucks. Not metaphorical ones, anyway. The literal kind are what got her convicted in the first place. But when it comes to getting what she wants, she’ll lay down the law and break it. Her Sex Scandal Teacher dojo, her rules. America’s youth could use more SSTs like her. Relentless. Unafraid. With zero common sense in English or Spanish.

The Grades:
Looks: That portrait up top had some potential but that booking photo lighting isn’t doing her any favors. She looks like Tony Shaloub in those. That’s a tough image.
Grade: C-

Moral Compass/Bad Judgment: What else can I say about a SST who doesn’t know the meaning of the word quit? Or “no contact.” Or “conditions of bail”? Or “unlawful contact with a minor,” “criminal use of a communication device,” “corruption of minors,” or “complying with a warrant to hand over your phone.” Or simply “don’t bang your students.” But hey, at least Alexis did it in Spanish, because like her sexual relationship with a 16-year-old, education doesn’t stop at the end of the school day.
Grade: A

Intangibles: Not to show my Patriots bias, but I’m a little partial to the idea of her defying orders to hand over her phone.
Grade: A

Overall: B. I’m inspired to invent a Sex Scandal Teacher smart speaker that will give you all the information you could ever want about all the SSTs in the database. And if I do, I’m calling it Alexis.