For any Warriors fan a little down in the dumps today, here’s some good news for ya on a Friday afternoon. I wouldn’t exactly call this earth shattering news, of course Klay would be down to sign a max extension to stay in Golden State. It’s not only the most money possible, but given what happened last night I don’t think it’s all surprising to hear that he wouldn’t entertain leaving money on the table by going somewhere else. Of course this all comes down to if the Warriors would even offer him that type of deal, but it sure sounds like that’s the plan

Their owner pretty much came out and said as much the other day, and it’d be pretty silly to not invest in Klay Thompson just because he tore his ACL. With the way guys come back from those and the advancements in medical science tearing your ACL is basically a high ankle sprain nowadays. Also factoring in how Klay plays, the fact that he’s more of a spot up shooter and doesn’t really rely on his quickness to get by people by dribbling, there’s little reason to think he won’t be the same old Klay whenever he comes back.

Now the interesting thing is that nugget about KD. Maybe you think he’s gone no matter what, but is it so crazy to think that perhaps this Klay injury might be something that gets Durant to stay (along with that money of course). It’s pretty clear these two are really close 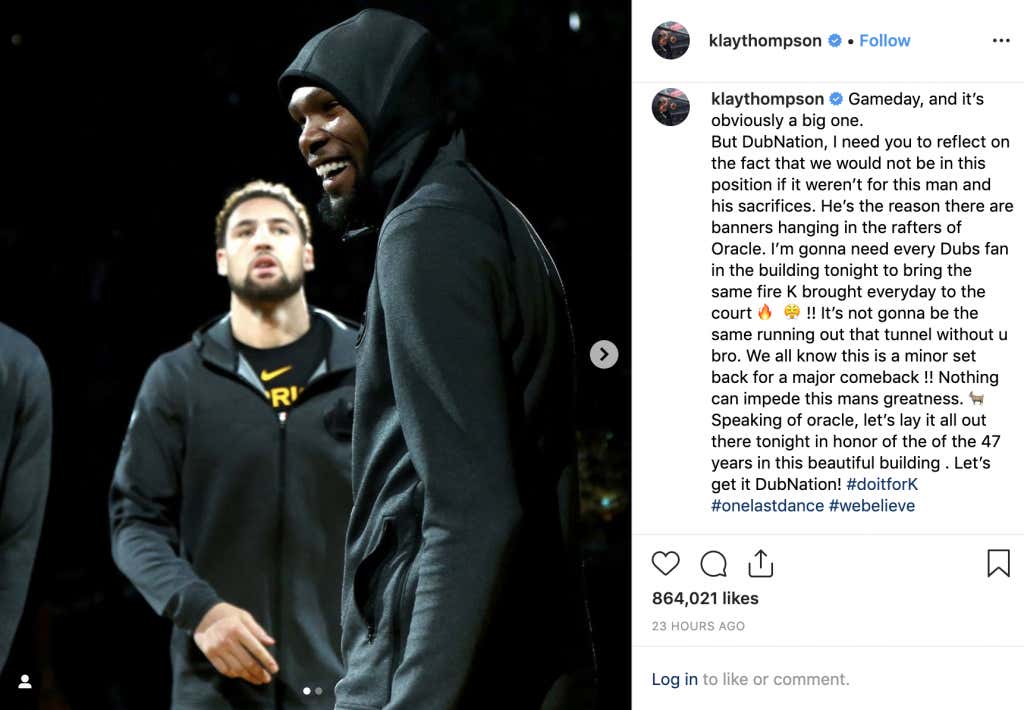 So who knows, maybe there’s a slim chance that them rehabbing together combined with the crazy money they’re both in line to make could be the thing that gets Durant to stick around. The narrative around him in GS pretty much changed during these Finals, everyone agrees this team needs him to win, and really isn’t that all he really wanted? To feel like he was needed? It’s a pipedream, I can admit that, but Warriors fans need anything right now to grasp onto with their dynasty currently on the ropes.

Just a reminder, we’re now very close to potentially being able to cross Kevin Durant, Klay Thompson, and Kawhi Leonard off the free agent list. Kyrie seems to have selected BKN, Kemba is talking about how he’ll take less money to stay in CHA, basically what was supposed to be a wild summer on the surface looks like it may end up being pretty boring.

That is until the next Woj/Shams bomb and everything goes to hell.