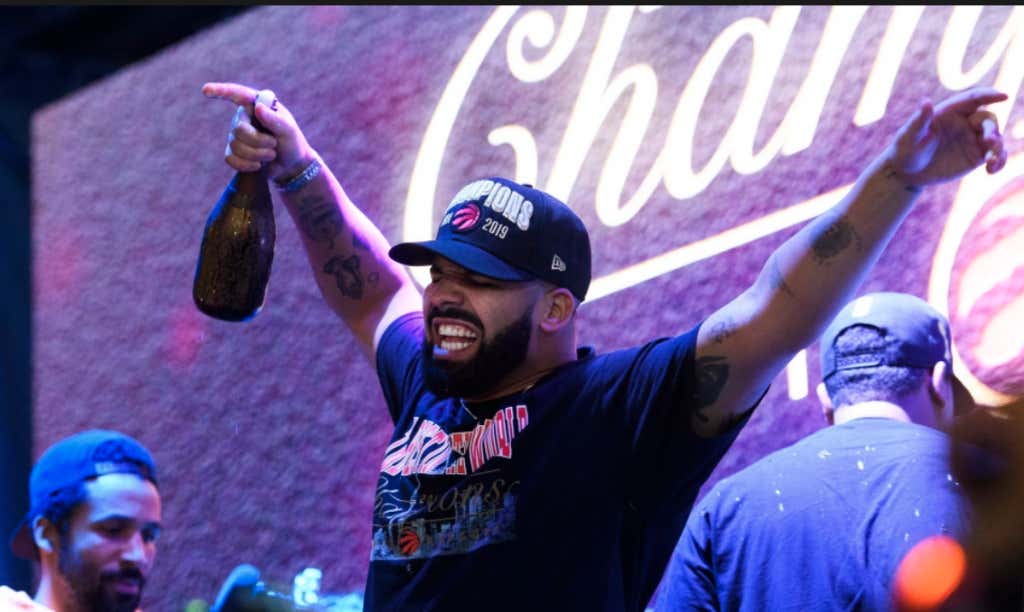 There is nobody on this planet that is happier than Drake right now.

And like I said earlier this week – I’m 100% here for it. I love how extra he is in every single thing that he does. So naturally, he was going to be THE MOST after the Raptors took down the Waarriors dynasty last night.

I fucking love this guy.

I know everybody is sick of hearing about the “Drake Curse” (I am not one of those people), but I guess the dream of the curse living on has officially died (with the help of Kevin Durant’s Achilles, Klay Thompson’s ACL and Kawhi Leonard’s inability to be a human).

After the KD injury spectacle, there was some debate on if he’s actually friends with these guys or if he was putting on a show. I was totally ok with his reaction to it because 1. I think they are real like friends and 2. it’d be normal if he was genuinely shook to his core watching his guy go down like that. Was it dramatic? Yes. Should anyone be surprised Drake was dramatic about something? No. But some people – ahem, Kevin Clancy – tried to say that there’s NO WAY Drake is actually that good of friends with KD or Steph since he has their jersey numbers tattooed on his arm. Apparently friends don’t do that.

But this video of Steph and Drake face timing after the game last night proves the complete opposite.

Sounds pretty damn friendly to me.

Steph congratulating Drake on the win (that he had nothing to do with): Check
Making summer plans together: Check
Both guys saying it’s ‘all love': Check
Drake not reminding Steph that he’s now 0-8 on go ahead buckets in the last 20 seconds in playoff games**: Check

**This is a really dumb stat. The guy can’t do it all. He was getting double-teamed off the ball last night, not much more he could do.

By the way, there’s 0% chance that I’d be answering a call from somebody as petty as Drake knowing that he was absolutely going to rub the L in my face right after losing something as big as the NBA Finals. Let the record show that Steph’s a better friend than me. 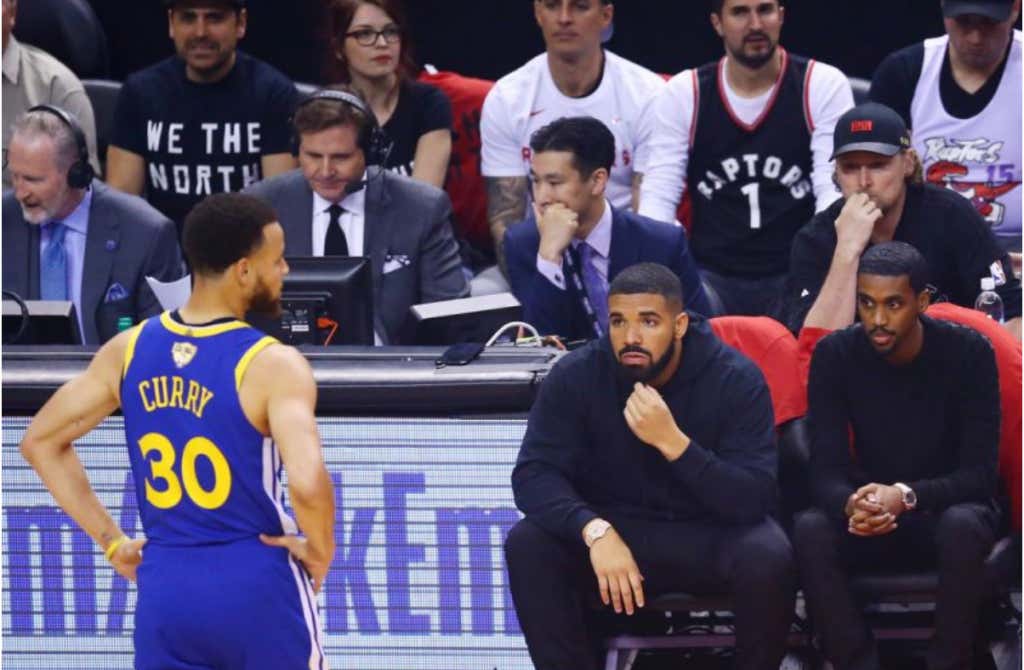 And by far the best part of that video?

“Tell Klay that even though he called me a pussy the other day, it’s all good and blessed.”

Dead. So Drake, it hurts.