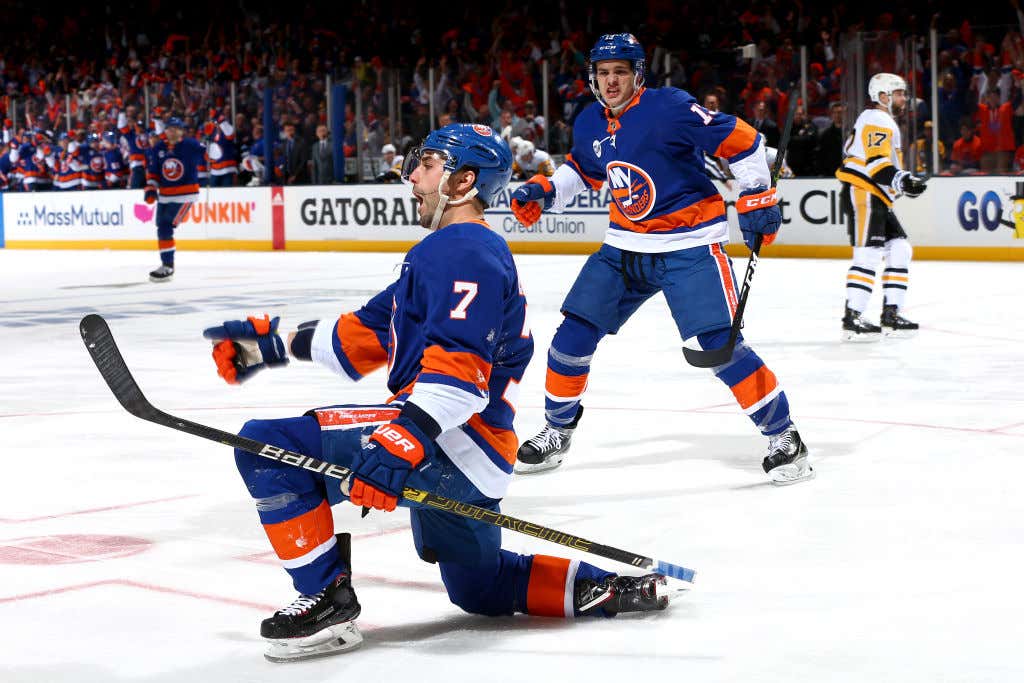 Jordan Eberle and the New York Islanders have agreed to a contract that will keep Eberle on Long Island for the next five years. According to Pierre LeBrun, the deal is worth $5.5m AAV and lasts through the 2023-2024 season. It looks like Eberle will also have a modified no movement clause in his deal starting in 2021. Pretty good deal for both sides.

I’m pretty stumped on this deal to be honest. I actually didn’t think Eberle would be resigning on Long Island. With the Islander having to also sign Anders Lee and already resigning Brock Nelson earlier this offseason, I figured Eberle already had his bags packed. But the fact they were able to get this done is huge for the franchise.

I’m a little shocked on the number too. It’s not too often you see a guy who enters free agency at the age of 29 who still has his touch and take less money than his previous contract. Eberle is coming off a 6-year, $36m deal he signed in Edmonton that gave him an AAV of $6m. I’m guessing the term is what kept him around. I think with the way the NHL is trending, you won’t see too many guys who are signing lengthy deals as they approach their 30’s. Eberle is also coming off the worst production season of his career, adding only 37 points (19g, 18a). Was that a product of playing for a defensive coach? Or is Eberle starting to slow down? My guess is Trotz, but who really knows with this new age NHL.

Eberle has a had a nice little career for himself too, eh? By the end of this deal his career earnings will be over $65m. That’s big boy money. I mean, pretty good for a guy who has only scored 30 goals one time in his career.

I like this deal a lot for both sides. The Islanders get Eberle at a team friendly price while he gets paid until he is in his mid 30’s. A win-win for both parties. Now the Isles shift their focus to signing Anders Lee, who is probably going to command around a $6.5m-$7m AAV per season.

If the Isles can find a way to lock up Lee and add some more scoring depth, they’ll be right back in the mix next season and we’ll be seeing a ton more Frankie Borrelli playoff videos.