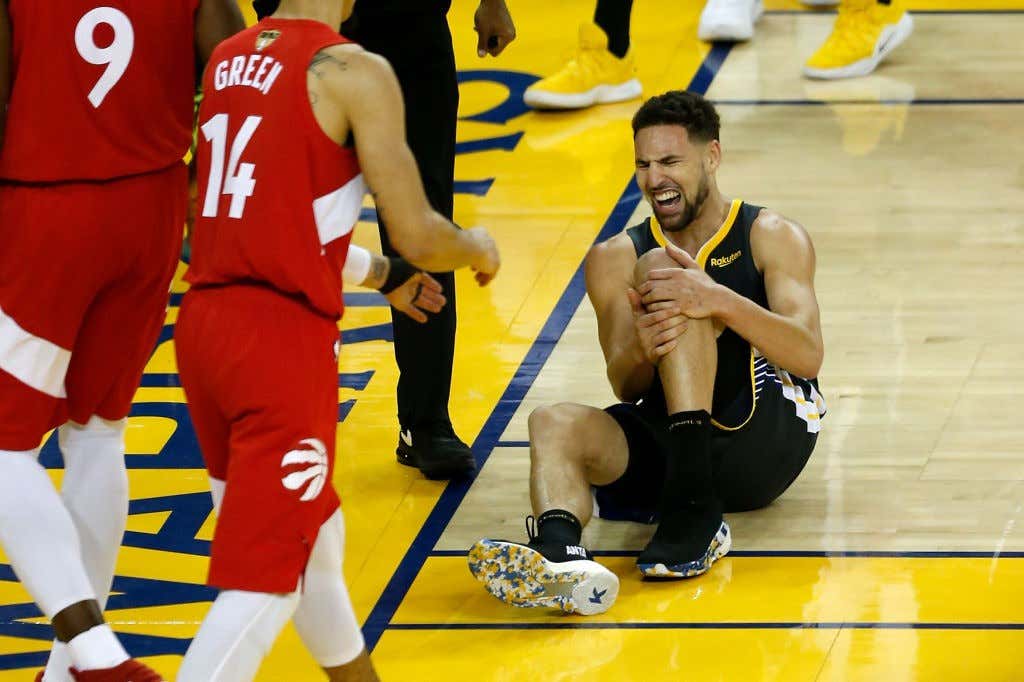 God dammit. I’m not even a Warriors fan and this news is devastating. It certainly looked like this may have been a possibility in real time, but then once Klay came running back on the court to take his free throws and we got this report that he was jumping in the locker room testing his knee out it sure seemed like he avoided disaster. To now know he did all that with a torn ACL tells you that Klay is one tough son of a bitch. For this to happen to ANOTHER guy in a contract year right before he’s about to hit the market and be a max player is absolutely gut wrenching.

Think of what we just witnessed over the last few days. Two major free agent dominos were now lost for the entire year next season. Two guys that had the ability to help shape how the NBA looked for the foreseeable future are now forced to be crossed off the list. Not to mention Looney’s injury as well before he hits the market. What does this mean for the Warriors though, do they still offer Klay the max? They are already in financial hell when it comes to keeping this team together, so to now make that investment in a player you probably won’t get much from if anything next year is a tough call. Then there’s the whole situation with Durant. There’s a strong possibility the Warriors are paying over 60M to two guys who won’t even play for them next season.

This just shows you how quick things can change in the NBA. An injury here an injury there and the entire landscape can change. You wonder if this news not only impacts Golden State’s decisions but also the decisions of other free agents. Maybe there was an idea to team up with Klay somewhere if he was perhaps considering a different team and a different role. Now that’s all out the window.

The Basketball Gods blessed us with an awesome NBA Finals and the price was the health of two of the best players in the league. I’m not sure that’s a fair trade off. The whole thing sucks and now this summer is as big a question as ever. What a shitty way for a dynasty to end.