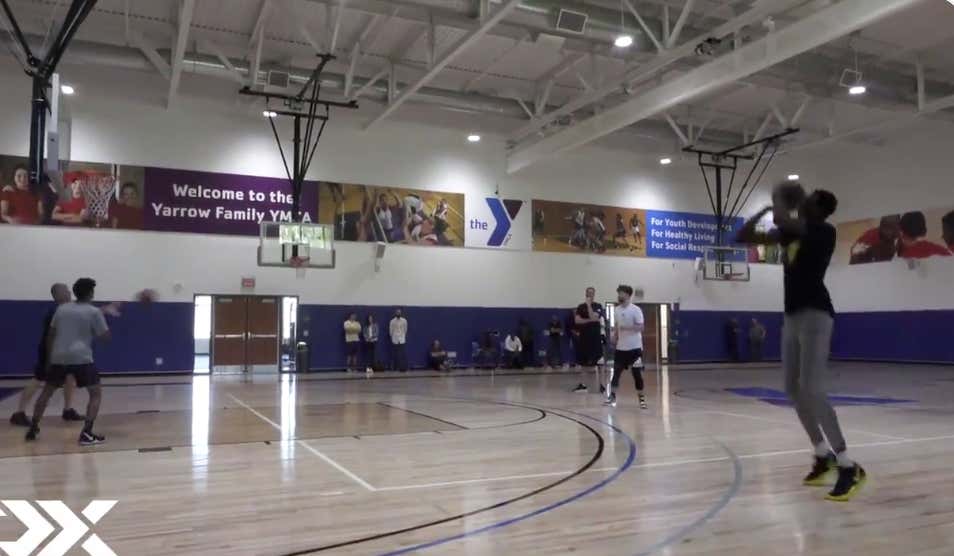 We are right in the thick of one of my favorite parts of the NBA calendar. I’ve made it no secret that I am a big time slut for a good summer workout video, whether it’s a draft pick or an established NBA player making 40000 threes in a row, it doesn’t matter. Inject that shit right into my veins. I can’t get enough of them and allow my brain to go to wild places every time one crosses my timeline. This is stupid, I know this, but I can’t help myself.

When it comes to the NBA Draft, there are basically a handful of people who actually know a thing or two about all these prospects. It’s like Reags, Kevin O’Connor, Sam Vecenie of The Athletic, and then all the Draft Express people. They are actually smart and most likely aren’t fooled by a little workout video where a prospect dominates air because they actually dedicate their lives to watching them during the season. The point is, I feel like it’s a small percentage  when it comes to people who actually know what the hell they’re talking about when it comes to Draft analysis. Once you get outside of the names everyone knows, it’s all basically a toss up. The rest of us see these videos on social media, quickly look at mock drafts to see where people are putting them and how likely it is that they fall to our favorite team. It’s a tradition as old as time, who could forget the famous Yi Jianlian workout against a chair? That thing made him the 6th overall pick!

So with the Draft quickly approaching, we’re getting more and more of these videos from Bol Bol

the list goes on and on. I mean when I saw that Bol Bol video this morning my first thought was I need him as a Celtic with one of their three first round picks, even if immediately after watching that video I read about all his red flags, how he’s a disaster on defense and all this other shit. My rational side said “eh maybe it’s not worth it”, the other side kept reminding me of that video and what a unicorn he could be.

That’s what makes these videos so dangerous to the casual college basketball fan like myself. I’ll never claim to really have any idea who’s good or not because I really only watched ASU and Zion. I trust the people who actually watch this stuff to tell me who might be good, but these videos are like drugs. I get one taste and I can’t stop. I feel like casual fans like myself will see these videos and immediately spinzone anything in order to get behind a prospect as long as their workout video was nails. Even though common sense tells you that things will obviously be different once they face live competition, these things can be so intoxicating you have to be careful.

Stoolies have asked me who I want the Celts to take if they keep their picks and honestly it comes down to whoever’s workout video I just watched. Really all I care about is snagging Lu Dort, but my preference is definitely up for grabs. This moment, that Bol Bol video has me intrigued, tomorrow my entire focus may change based on what shows up on my timeline.

NBA Draft Workout SZN can be a real doozy and if you’re not careful, it get the best of you. We all have that one guy that we were certain would be a stud solely based off a workout video, who was it for you?