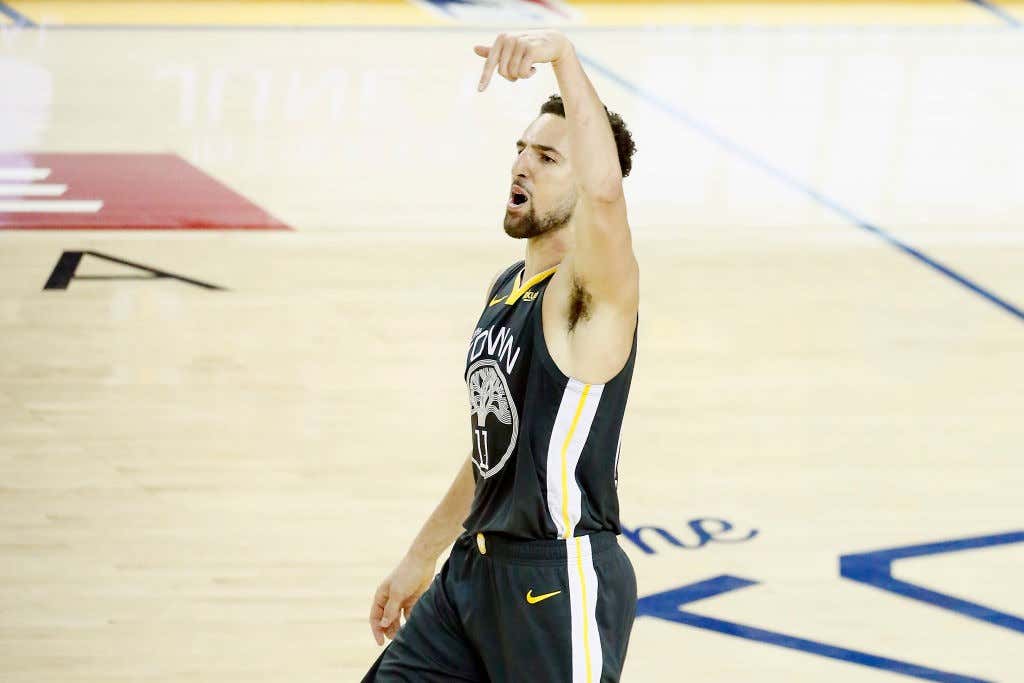 Well now we’re here in the biggest game of the Warriors season, the last ever game at Oracle Arena, and an opportunity now that Durant is out for Klay Thompson to relive what might be one of the best performances in his career so far. I’m talking about Game 6 in 2016 against OKC

I mean he went nuts in those 39 minutes with 41 points on 14-31 shooting and 11-18 from deep. You could say that was his coming out party, was a huge reason why they ultimately came back from 3-1, and I don’t think it’s crazy to assume had he not been on fire that night the future of the NBA probably looks a lot different today. But here’s the thing, when it comes to Klay Thompson and Game 6s, this wasn’t a one time thing. He sort of owns these games:

It’s not often that GS plays 6 games in a playoff series, and so far during this entire run there have really only been two duds from Klay. The Game 6 in 2015 vs CLE when he had just 5 points on 2-7 (they still won), and then the Game 6 this past year against LAC when he had just 9 points on 3-10 (they still won). Basically history tells us that we are in store for a great Klay performance tonight which I’m sort of rooting for because I very much would love the drama of a Game 7 in these NBA Finals. Once the Raptors came up just short in Game 5 I think we’ve all been rooting for this to go the distance and I think there’s a strong chance that happens because without Durant these teams are so goddamn even.

I know there are some on this website that think Klay Thompson is overrated, but something tells me we’re about to get another Klay Thompson classic showing why that take is utterly ridiculous. The man was built to dominate pivotal Game 6s, and while he may not know what he’s having for dinner on most nights there’s no doubt he knows he has to bring the rain to keep the Warriors season alive.