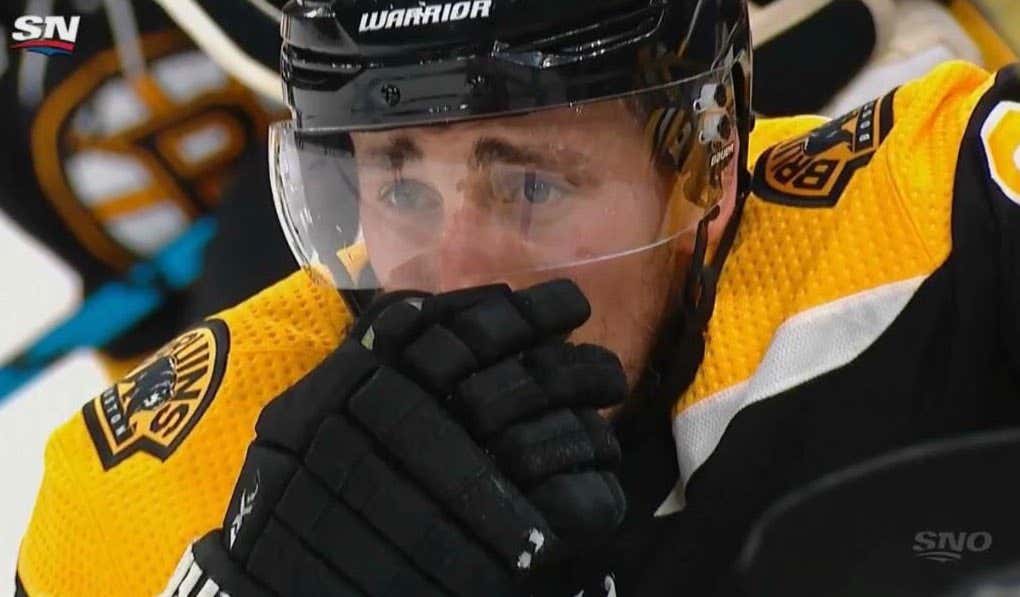 This picture just about sums it up. Game 7, for the Stanley Cup, on home ice… and the Bruins just couldn’t get it done. They were absolutely buzzing in the first period but couldn’t get anything by Jordan Binnington. St. Louis struck twice and just deflated the fuck out of the B’s. Nothing going in the 2nd. No miracle comeback in the 3rd. The St. Louis Blues have won their first ever Stanley Cup.. on Boston’s ice.

– Ryan O’Reilly was a monster these last four games and so deserved the Conn Smythe. Felt like Alex Pietrangelo was out there every shift.

– With 12 seconds to go Brad Marchand went for a line change and Alex Pietrangelo made it 2-0. Not the kind of play you’d expect to see from a veteran like Marchy. He thought they just dumped it in but with 7.5 seconds left the Blues completely shut down the Bruins momentum. Deflating. Marchand was visibly upset in the locker room after the game, he called it the “worst loss of his career”.

– Patrice Bergeron admitted to reporters that he was playing through a groin injury. Expect to hear much more injury news come out. Guys battled through a lot. Especially Noel Acciari.

– If you blame this game on Tuukka Rask… just click out of this blog right now. The Bruins would not have been in this position without 40. Sure you would like a save on Pietrangelo late in the 1st and only go down 1-0 after 1. But the Bruins left him out to dry tonight. Win as a team, lose as a team.

A sincere thank you to everyone who read my blogs this season. I didn’t know what to expect and the feedback (both good and bad) has been constructive. Thanks to Dave for bringing me along for radio and the games. I love this job. I love this team. Congrats to the city of St. Louis. Shitty ending but we’ll be back.

I’m gutted. Nothing left to say but just devastated.