Last night our friends in OAR had a show at the beautiful Pier 17 in New York City. First, a bit about that venue- it’s beautiful. They built a stage on a rooftop on the water, right near the Brooklyn Bridge, with the New York City skyline surrounding it. It’s breathtaking to say the least. 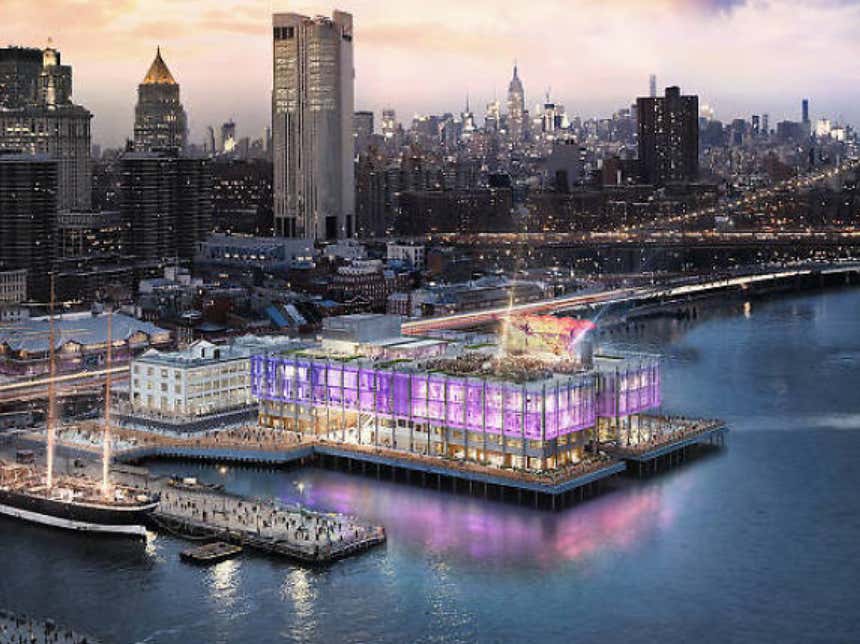 And now a little about the band. As you might know, the band and Barstool have become friends over the last couple of years. From the first Nate at Night performance with Marc, to them being on KFC Radio, Pardon My Take, and everything in between, the guys have been great friends and allies. I even joined them on stage last Summer for a song when they performed in Central Park. So when their Summer tour rolled through NYC last night, of course a few of us were going to come and party.

And a great time was had by all. Me, Robbie, Kate, and John jammed out, we sang, we laughed, we had a joyous time. I had a few IPAs, John had some whiskey, Kate had RBVs, and it truly was a great night and an incredible show. Oh and Marc shouted me out from the stage at one point and sang City On Down for Kate (a troop). It was dope.

The boys were feeling it, the crowd was feeling it, it was a wonderful night. And then after the show, we all returned to our homes, got a solid 8 hours of sleep, and woke up refreshed this morning.

That is not what happened.

And I guess Jason Biggs was involved.

Always a good night when Jason Biggs is involved.

The next thing I knew I was on the tour bus where festivities continued. Now, I had never been on a tour bus before, so I remember being quite impressed. And I guess around 1am it was decided I was staying on the bus and waking up wherever it went. Now, keep in mind I said “it was decided, not “I decided”. Because as I later learned, I didn’t decide, but when I woke up this morning, I certainly thought I did. But you can’t just decide you’re sleeping on a band’s bus. That’s not how real life works. So I’ll tell the rest of my side of the story, and then we’ll get the answers.

This morning, I woke up in a dark bunk around 9am. Now, normally when I wake up in the morning it’s to an alarm, in my bed, in New York City. I quickly realized none of those 3 things were present. So I pulled up my phone, opened Google Maps, and found out just where I was- Raleigh, North Carolina.

How, and why, did I take a 10 hour bus ride to North Carolina with the band OAR? How is that a thing that happened? I mean I’ve played with them before, sure, but that was a one-off thing. So I get out of my bunk and walk into the kitchen where Jerry is eating a triple decker PB&J. He had no answers for why I was in North Carolina. The search for answers continued.

One by one more members of the band filtered from the bunks into the kitchen for coffee. Jon, Benj, Rich, Marc, and Mike each provided a little bit of info on the night. But as it turns out, it was a team effort. Let Rich explain:

Amazing. Sometimes you get a few drinks in you and end up being convinced to live on OAR’s tour bus. Rock n Roll bad boy life, what of it? The best is I have no things with me besides my laptop. I brought my laptop to the concert last night so I wouldn’t have to go back to the office afterwards to get it before going home. Hopefully they sell socks at the merch stand.

And that’s the tale of how I woke up this morning in North Carolina. So I will be performing at the Raleigh show tonight and then flying home tomorrow. Or maybe I just join the band full time now? Who in the area has a tambourine I can borrow for the Summer?

All in all, a good time, a funny story, and a hell of an experience. Oh and the bunks? Not too bad. Slept like a baby. Gotta go hit sound check and then catering, I’ll see you guys out on the road this Summer!