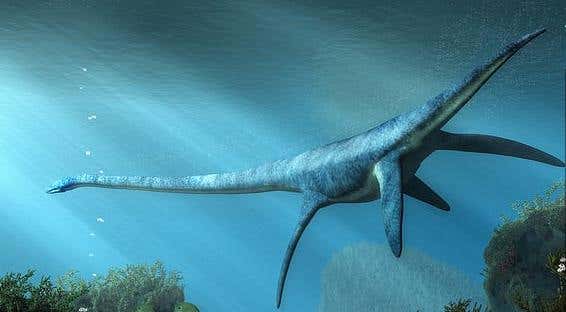 (DailyMail)–Fossil hunters have found the remains of an enormous sea creature which bares an uncanny resemblance to the Loch Ness monster.

Researchers uncovered the 70-million-year-old remains of a massive elasmosaur, which would have weighed 15 tons and was from the depths of the Antarctica.

Experts say that the 40-foot long animal is a member of the reptile family elasmosaurid and is the largest of its kind ever found.

The research adds to evidence that a vibrant marine ecosystem existed just before the dinosaur mass extinction.

HUGE day for the people who believe in these monster myths. And by people I mean me. I don’t think humans are that creative so anything that we imagined or mythologized probably existed at some point in our history. Dragons…100% real, Loch Ness Monster…real. I bet Big Foot was real too. Just some big hairy ape walking upright going around trying to fight everyone. I’ve seen those in the wild. They’re called “Italians”, so yeah, Big Foot is definitely real. Now we get confirmation that Loch Ness Monster exists down in Antarctica 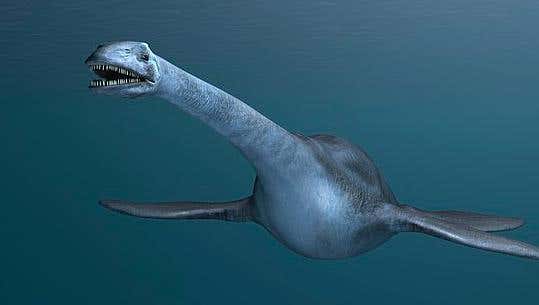 Tough day to be Scottish though. Their entire culture and pride is based on Scotch, Braveheart, and the Loch Ness Monster and now that’s been stolen from them. Loch Ness was on the other side of the planet 70 million years ago. Meanwhile they’ve been trying to prove it was real and just chilling in a lake for basically as long as Scotland has existed. You need to have an element of mystery to be sexy. A little danger. Now their myth is gone. The only mystery Scotland has is whatever the fuck they’re saying at all times.