[Busted Coverage] - A Toledo, Ohio cop had himself a big Monday when he arrested Ms. Asia Hughes for (allegedly) twerking in traffic and using a utility pole as her own stripper pole, turning a busy Toledo intersection into a traffic hazard as drivers had to navigate around a twerking machine.

According to the police report, Ms. Hughes, 27, was “wearing thong shorts with her buttocks exposed & causing alarm to onlookers.” Hughes, arrested for disorderly conduct, was doing her thang at around 3:37 p.m. Monday when cops got a call to get her out of the road.

“Upon arrival this Sgt observed the defendant dancing on a utility pole in a provocative manner. The defendant also entered the roadway and began ‘twerking’ causing vehicles to stop or swerve to avoid striking her.”

I’m sorry this is illegal now? It’s the middle of the afternoon in Toledo! How busy can one be there? Have you ever been to Toledo? There’s nothing to do there. This is not something that should be arrested, but in fact should be featured on Pat’s #TwerkTuesdays 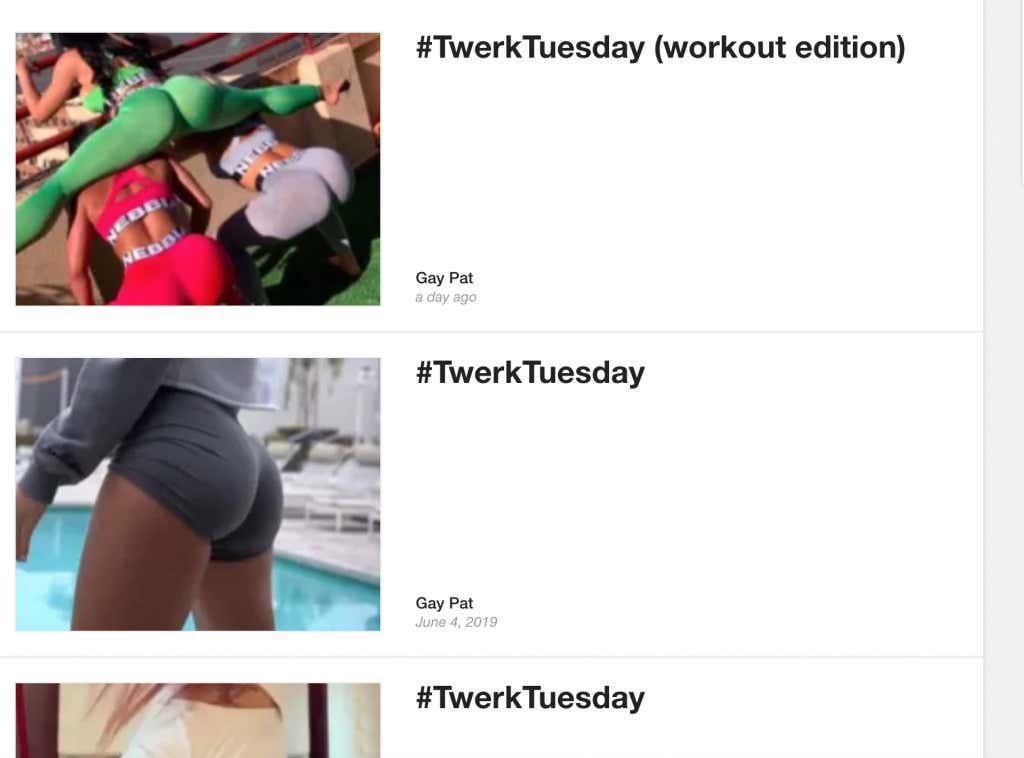 I do have some questions though. How good – or I guess bad – of a twerker do you have to be to cause alarm to onlookers? How many onlookers are we talking about here? I’d assume a couple stopped to just watch the show. She’s getting some practice in for hitting the club on the weekend. Nothing wrong with that. Look at the US Open – even Tiger has to get practice rounds in at Pebble. Same goes here in Toledo.

I do admire her passion. She doesn’t even stop twerking when she’s in cuffs. A true legend in the twerking game here.