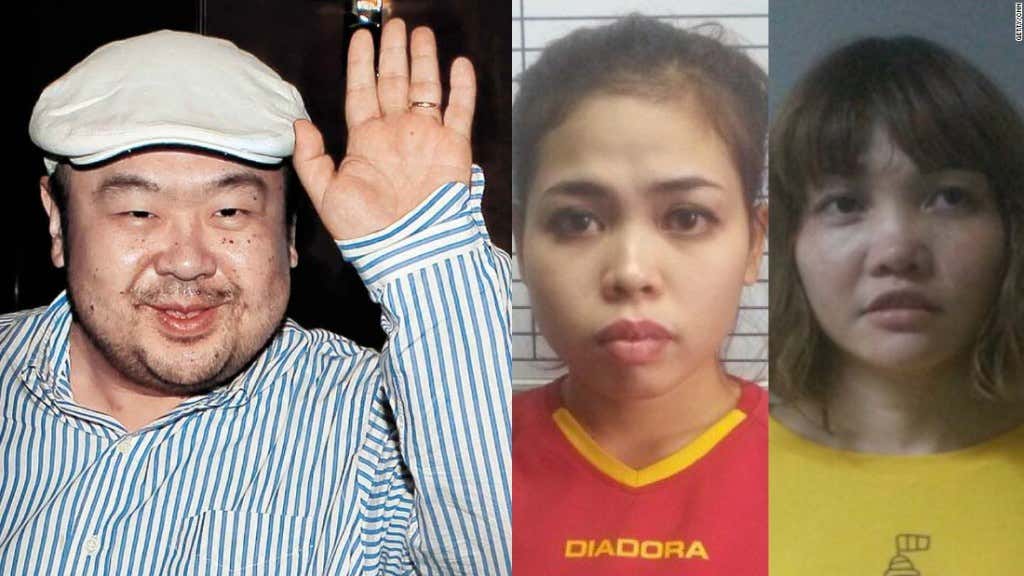 Would you just look at that jolly SOB on the left!!  Does he look like a CIA informant who feared being assassinated by his younger, and equally unattractive, ruthless dictator half brother?  Or… does he look like a guy who is having the time of his life spending his families fortune abroad, while his younger half brother, who happens to be Kim Jong Un, is busy being the worlds biggest asshole in North Korea?  Well it is now known that Kim Jong Nam was actually both, and thats why those two “ladies” on the right were ordered to assassinate him at the Kuala Lumpur International Airport in 2017.

In case you are not familiar with the family drama that unfolded in 2017, here is basically what happened.  Kim Jong Nam, who was the eldest son of Kim Jong Il, and was likely deemed too stupid to take over control of North Korea when his father died, was living a pretty lavish lifestyle outside of North Korea while his younger bro, Kim Jong Un, was busy sucking Dennis Rodman’s dick, throwing innocent citizens in concentration camps, and being extremely paranoid in North Korea.

So, being the jealous and paranoid little fuck that Kim Jong Un is, he had his younger brother killed.  The two women that killed him used VX Nerve Gas, smearing the deadly nerve agent on Nam’s face, which killed him just hours later.  SEE VIDEO OF THE ATTACK BELOW.

Pretty scary stuff and until now not many people knew exactly why Kim Jong Nam was assassinated.  Of course most figured the person responsible for the attack was his jealous half brother Kim Jong Un, but the exact reason for the attack was not known.  One theory was that Kim Jong Nam had become closer friends with Dennis Rodman and that really chapped his brothers ass.  Another theory was that Kim Jong Nam’s braggadocios Facebook page was too much for Kim Jong Un to handle.  Imagine seeing the image below when you are stuck in North Korea wearing a stupid outfit, it would make anyone want to kill their brother. 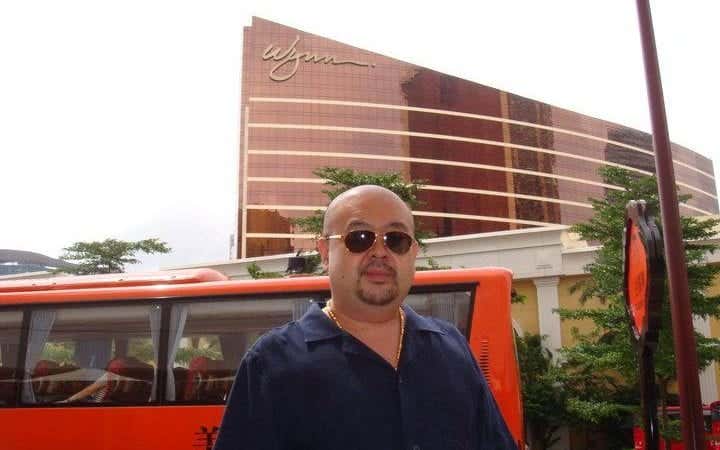 However in the end the real reason that Kim Jong Un offed his brother was because his brother was a CIA informant, which is the one thing you cannot be when your brother is known for throwing traitors into tanks filled with Piranhas.  While it is not known what information Nam shared with the CIA, other than he didn’t like to share as a kid, it was clearly enough to get him offed Fredo style.