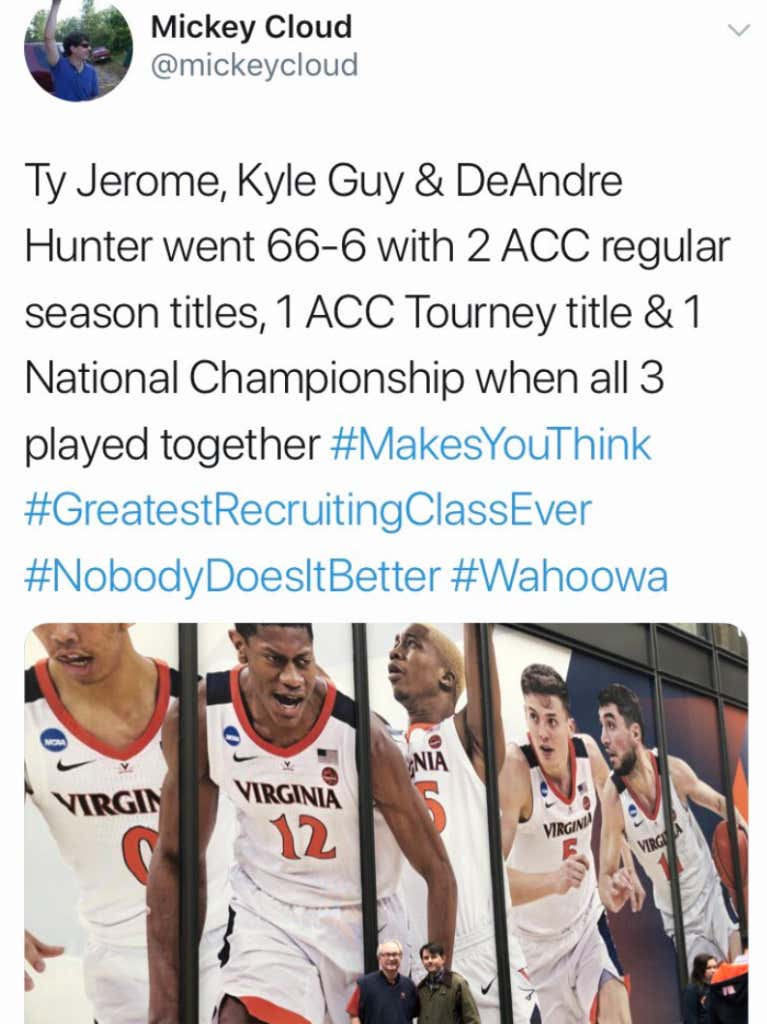 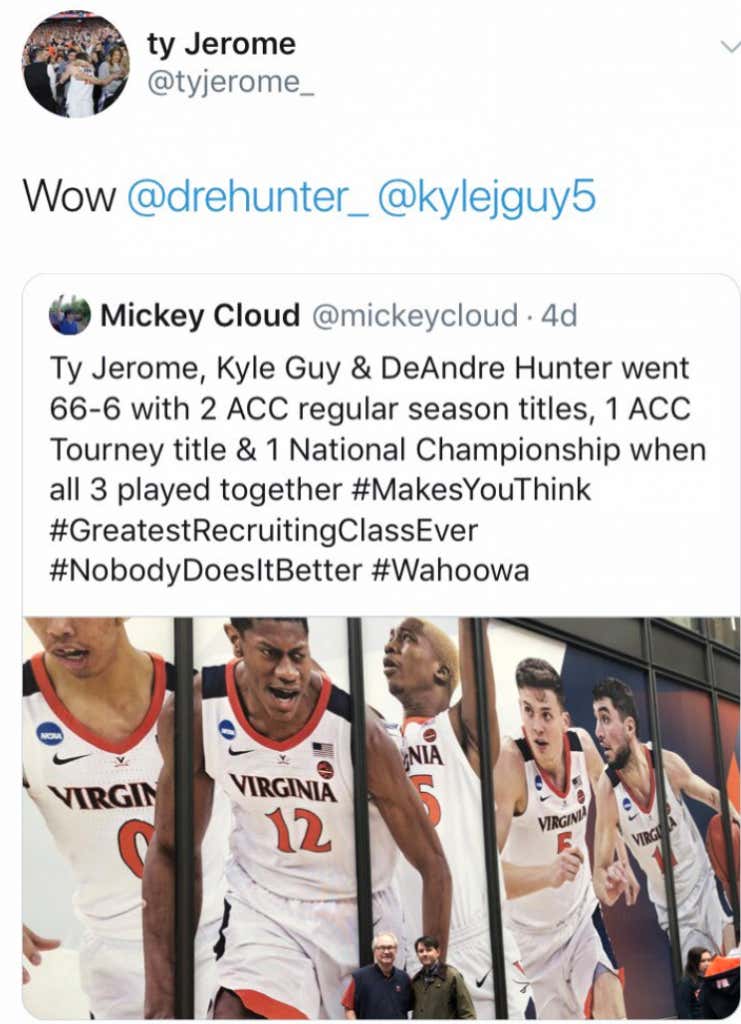 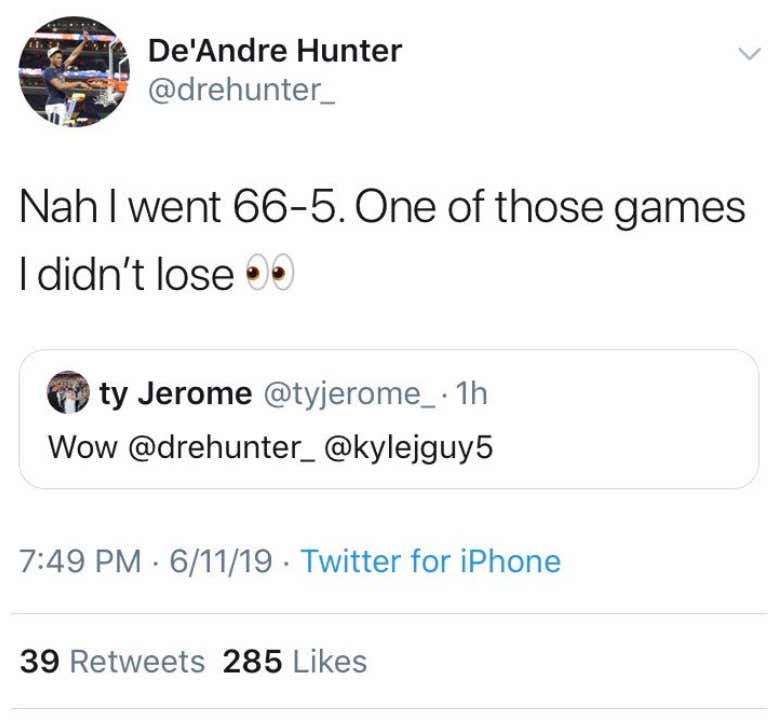 De’Andre Hunter is currently slotted to go somewhere in that 4-8 range right now. After last night, he should be picked over Zion in New Orleans. I mean this guy just showed he’s cold-blooded, even more so than what he did during the National Championship game

I’ll tell you what though. De’Andre Hunter hitting that three to send the game to overtime makes this all happen since they can finally joke around about losing to UMBC in the first round last year. Something UMBC likes to bring up from time to time

I really like Hunter as a player. He’s a real versatile defender, which we see is valuable in the NBA. I mean just look at that final possession of Game 5 and how Draymond was able to roam and recover. That’s similar to what Hunter can do (obviously not at the level of Draymond). He’s a 6’7″ wing that shoots 42% from three and can defend. There’s a lot to love about his game. Plus, we’re starting to see Tony Bennett guys turn into decent pros (Joe Harris, Malcolm Brogdon, Klay Thompson, etc).

But, now? I love it. A perfect time to chirp Ty Jerome for losing to UMBC. You guys got your rings. Time to make fun of that embarrassing loss. De’Andre Hunter, No. 1 pick in the NBA Draft.