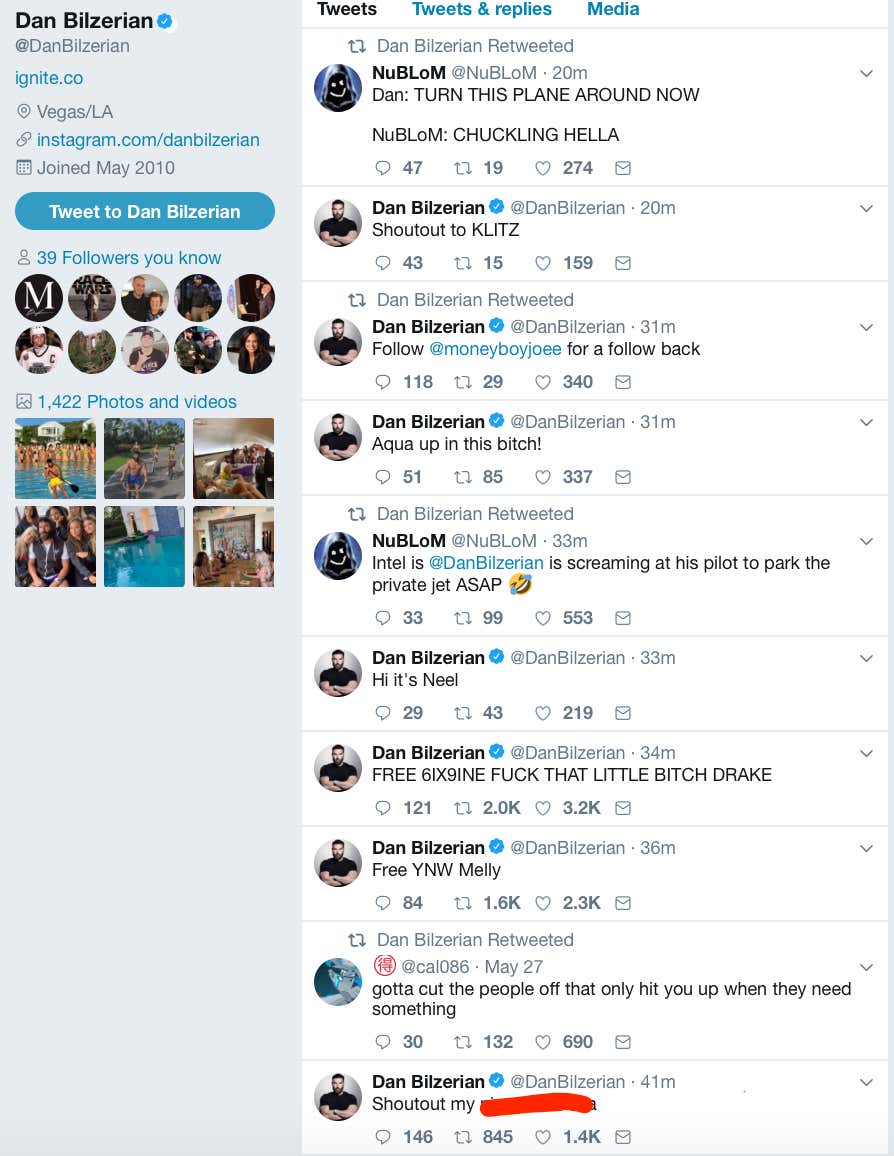 From The Daily Star:

The playboy poker player, 38, had “***insert something incredibly racist here******” tweeted from his account among a slew of other abuse.

Before that, a Twitter user who might be the hacker tweeted: “1,000 RTs and I’ll release all the nudes on Dan Bilzerian’s iCloud and Dropbox.”

First of all, threatening to release Bilzerian’s nudes seems like something he does on his own on the daily anyway. Second, whoever you are, I generally don’t wish a hacking upon you. Especially if the hackers are using their newfound platform to spew racist garbage.

It seems the hackers still have control of his account & I’m not sure how this will be resolved. In the meantime, I’ll be trying to figure out which one of them gave a shoutout to Klitz. Seems like it might be on brand for both.