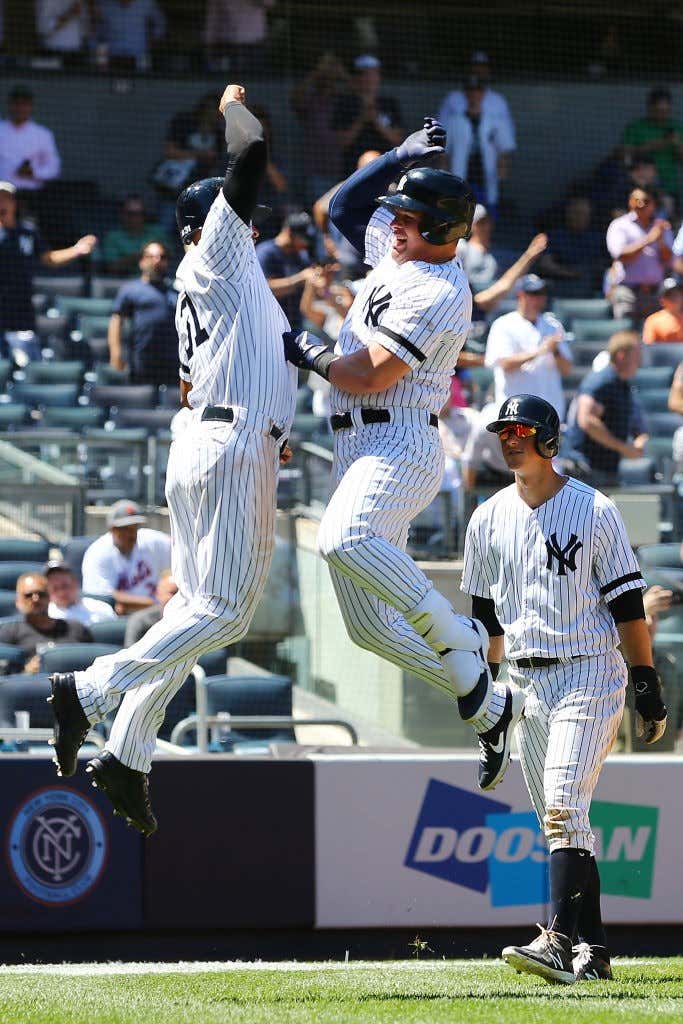 The Mets SUCK. They had their fun early with a cute little 4-1 lead, I’ll give them that. Congratulations to those guys, they got us! Unfortunately baseball games last longer than 3 innings. Zack Wheeler went on to get absolutely cock slapped this afternoon. 10 hits, 9 runs (5 earned), two homers and couldn’t even last five innings. Thanks for coming out, bum.

Look at this stupid fuck KFC laughing his ass off about Gary Sanchez. The same catcher that might break the single season record for the position. They thought he was bad? The guy is starting the All-Star Game. You picked that guy to mock?

He’s now at 20 homers on the year despite missing three weeks of the season. What an idiot.

I also was told Pete Alonso was the next Aaron Judge. I was certainly told that by someone. Well he almost died during this strikeout via Tommy Kahnle.

Hopefully they give us a better game in the night cap. I would like to watch something entertaining. They’ve got their ace on the hill, JASON VARGAS. Should be fun!

Can’t wait for KFC to cuncel tonight. I can feel it coming.