A great-grandad fulfilled one final sentimental journey when the hearse that was carrying his coffin stopped off at a Burger King restaurant so that he could buy one last Bacon Double Cheeseburger.

Seventy-one-year-old Leonard Durkin passed away as a result of heart failure on 28 May following a lengthy illness.

Prior to his death, he requested to be taken to Burger King because he visited the restaurant regularly with his son Peter after his wife – Peter’s mother – died two years ago.

The Bacon Double Cheeseburger was Leonard’s order every time, and he confided to his son that once he was gone he’d like to be taken one last time.

People are so weird, man. Different strokes for different folks, I guess. When my grandpa died, we had calling hours and a funeral. Then we went to the church and ate some food and shared some memories about the old man. I thought that paid our respects pretty well. Now we’ve got people going to Burger King to get their dead grandpa one last double bacon cheeseburger before he goes six feet under because he liked to eat one every single day. A couple thoughts on that…..first, what about the starving children in Africa?? We’re just burying food now while we have homeless people going hungry on the streets each night….talk about privilege! Two, I bet the cheeseburger stays preserved longer in the grave than the dead guy. And three, do you think there’s any correlation between eating a double bacon cheeseburger from a fast food restaurant every day and dying of heart failure?

Okay…I’m sorry I’m being so negative. I just really don’t get the move of getting Burger King before burying someone. Burger King?? If I die, at least take me to WENDY’S. Actually take me to Swensons in Ohio, mine and LeBron’s hometown burger joint. But anyways, tossing burger preference aside, at least this family got what they clearly wanted: a viral story. Do not tell me that you just wanted to fulfill the grandpa’s dying request. You wanted to do something hilarious and get on the news. But here’s the thing: when you do weird shit like this, other people have to deal with your weird ass family. I mean, can you imagine being the funeral director organizing all of this? Surprisingly, he said this was the first time he’s even had to arrange a trip to Burger King for a hearse.

Adrian Benson, the funeral director who arranged the whole thing, said: “I can’t say anyone has ever requested to go through a drive-thru on the way to the service before. It was a first for me.”

Now you have experience though, Adrian, in case someone else wants to stop by a fast food joint with their dead grandpa. You’re now the go-to guy in town. Speaking of fast food, how about the 16-year-old worker that had to serve a double bacon cheeseburger to a hearse?

“We told the person serving us that the burger was for the man in the back, but I think the joke was a bit lost on them.”

I’m shocked that the fast food restaurant worker missed your witty joke while he was serving up a burger to a dead man. But whatever….I will say the photos that came out of the whole ordeal were kinda funny. 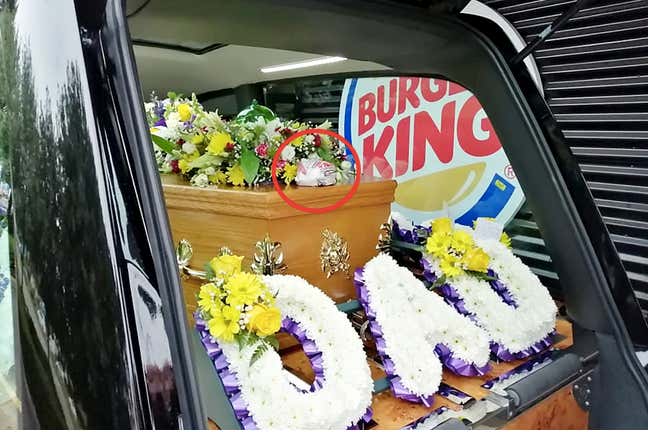 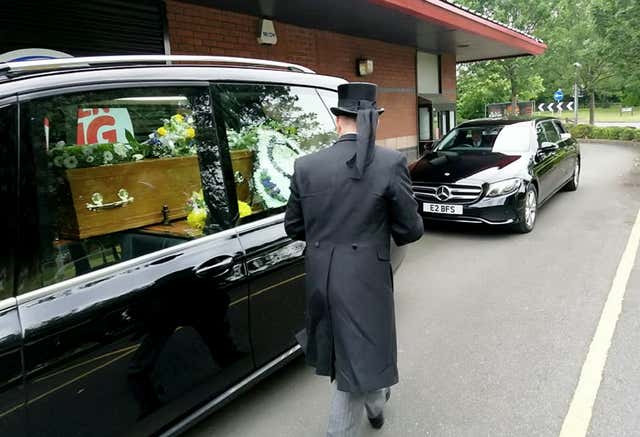 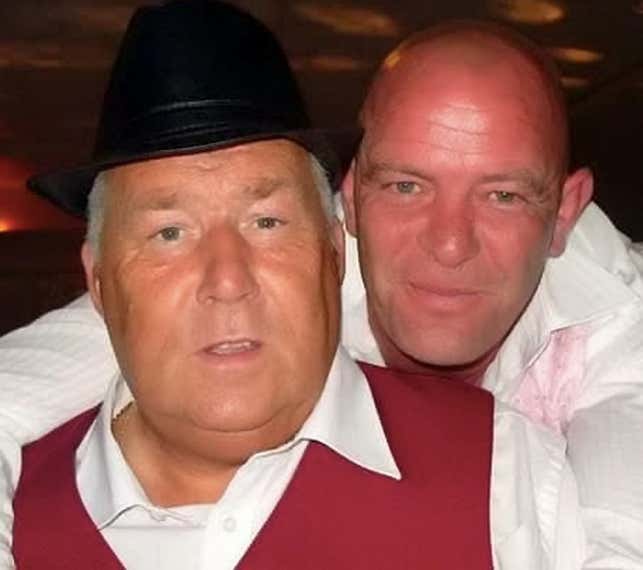