You’ve seen the impact that David Ortiz has had on people that have either never met the man or have barely had a 15-second exchange with him. He’s a very special person to a LOT of people. But this is the impact that he’s had on those who are closest to him. The people who have seen him when the cameras are off and the crowds of fans are away.

Feits said it best — shooting David Ortiz in the Dominican Republic is like shooting God in Heaven. Ortiz has done so much to help his home island, from donating money, helping to build hospitals, and spending time with the children whose lives his contributions helped save. Pedro summed it up perfectly in this video, and he doesn’t have a single thing to apologize for.

Ortiz is back in Boston, resting comfortably at Mass General Hospital. Here’s the statement that was released by his wife, Tiffany. 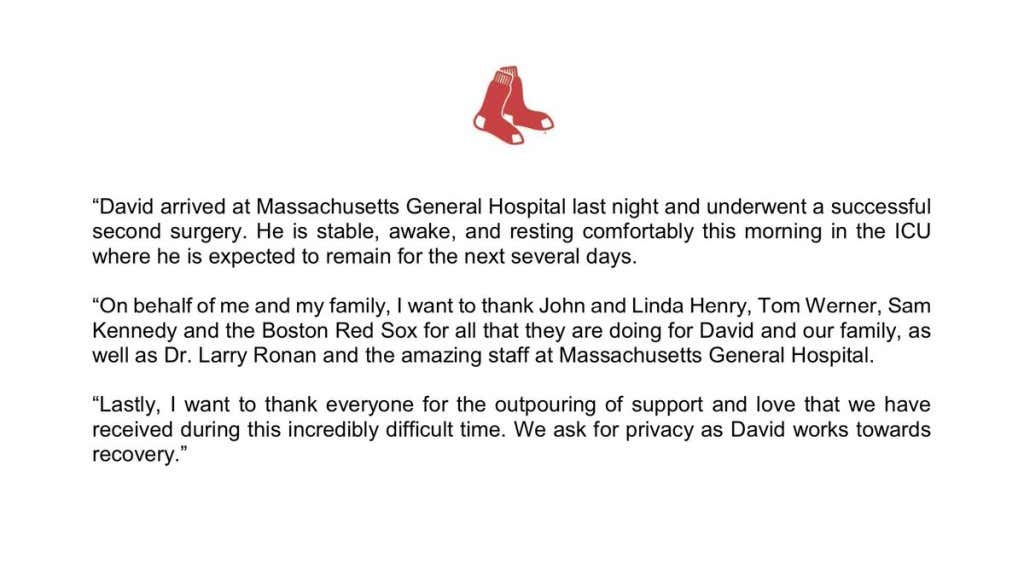 He’s expected to make a full recovery and thank fucking GOD for that.