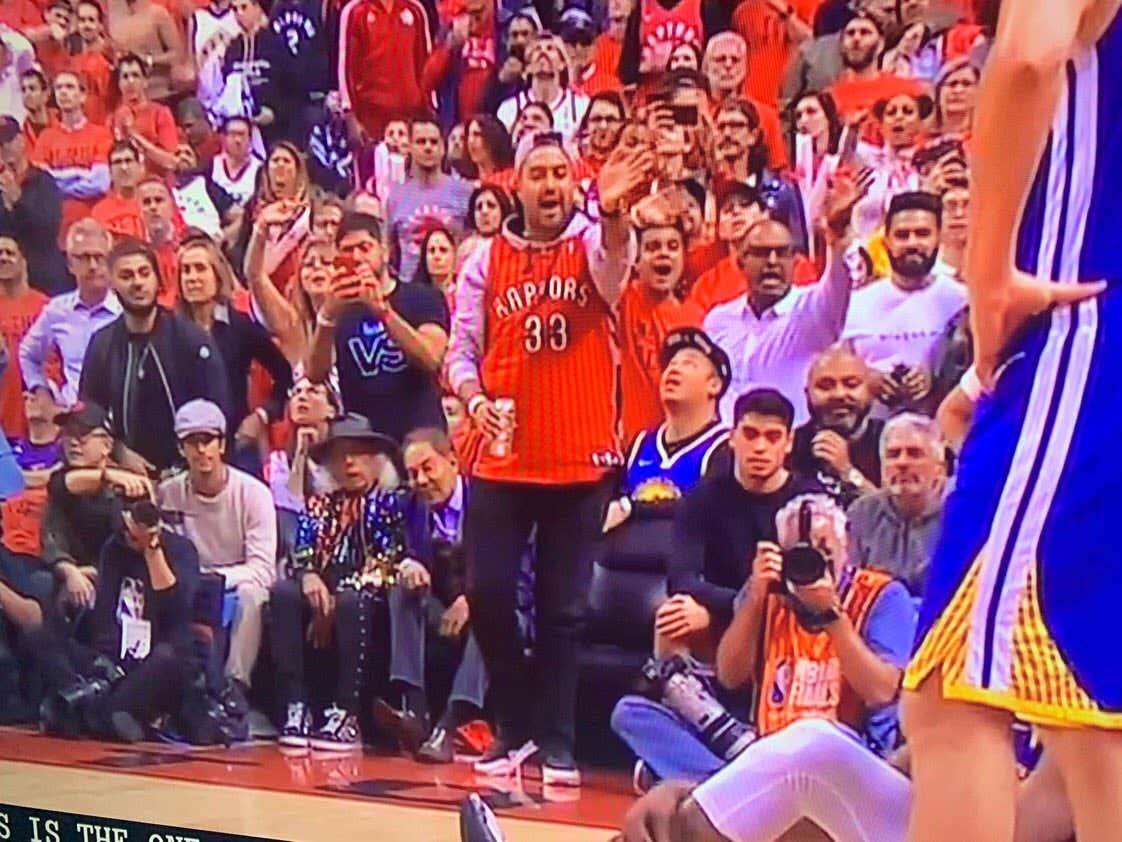 So in case for some reason you didn’t know, Toronto sports fans showed their true colors last night. It’s easy to act as the good ol’ polite boys when your teams are constantly cheeks and there’s really never anything on the line. But when you’re only 1 win away from winning an NBA Championship? Well that’s when we figure out what this fanbase–and by proxy, what this nation–is actually all about. And boy oh boy did it turn out that Canadian sports fans are actually a bunch of jackasses or what?

Cheering and waving goodbye because one of the best players in the world was pressured into playing injured, and ended up injuring himself even more and potentially ruptured his achilles tendon? Deplorable. And what’s even more disgusting is that you’d figure most of the fans in Toronto would be hockey fans. You’d figure they would applaud for Kevin Durant for throwing on the jersey and getting back out there even though his body was clearly fucked. You’d think they would appreciate the hockey toughness it took for him to attempt to get back on the floor last night. But instead, they cheered for his injury and acted like it was a major win for them. It’s truly a shame. But now you have to wonder…

What’s the national narrative going to be now for Toronto fans? I mean this was clearly the most disgusting behavior out of any fanbase in recent memory. But will it be enough to knock Philly fans off the throne for doing the unspeakable act of…*checks notes*…throwing snowballs at a drunk Santa Claus like 50 years ago that one time?

I mean sure, cheering for an injury is one thing. But this is Santa Claus we’re talking about here, folks. The jolly old fat man who lives up in the North Pole. And then every year around the holidays, he breaks into everybody’s house and expects you to feed him some milk and cookies for breaking and entering. I mean how could you ever throw snowballs at that guy? Some fat fucking slob who only works one day per year and then takes all the credit for the hard work that the elves do the rest of the year. Seriously. Santa Claus is a prick. I don’t know how many times I need to say it. Nobody sucks harder than Santa. And don’t even get me started on how weird it is that he just posts up at the mall every year and tries to get your kids to sit on his lap. PERVERT ALERT!! Fuck Santa Claus, man.

Oh, and funny how it took a guy from Philly to tell those greasy Canucks how to properly act.