DeMarcus Cousins can play on my team any goddamn day of the week. The dude is as real as they come and have always been that way. Not only that but you go back to his time at Kentucky and he’ll have his teammates back no matter what. 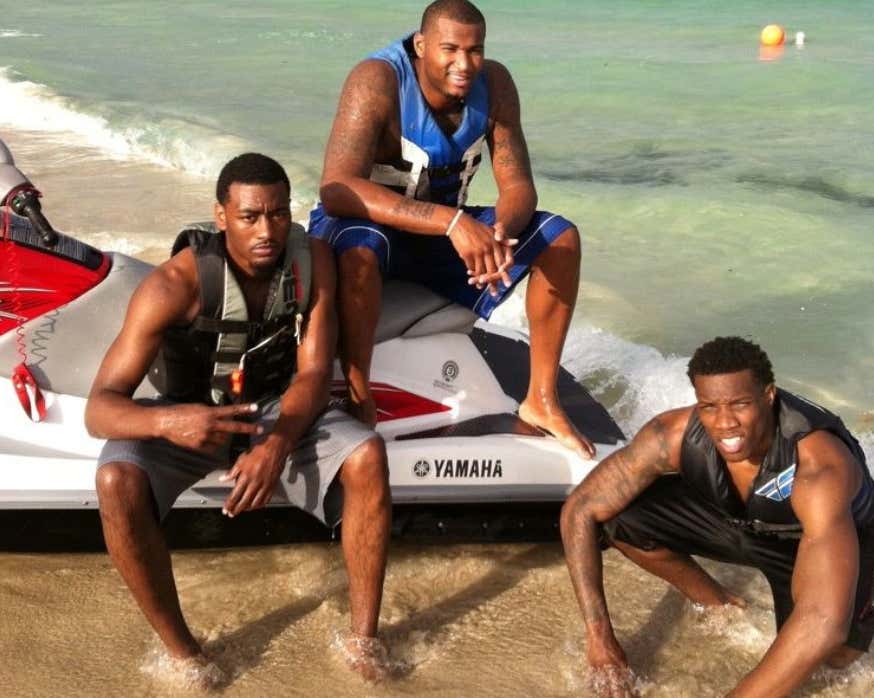 Fast forward to present day and he’s still here ready to fight anyone who doesn’t like his teammates. That’s part of what makes Boogie so great. In this case it’s any person who doubted Kevin Durant and Toronto fans who cheered when he got hurt. Three simple words.

Fuck them. Trash. But that’s all he had to say to get his point across.

He goes on to talk about how fans forget athletes are human and not just athletes. It’s an honest look into how he feels as a guy that had essentially his career fairly ruined by an injury. He was going to get a max deal this past offseason. That didn’t happen because of his injury.

Obviously Boogie also knows what Durant is likely going through after having the same injury last year. He knows how painful it is and all that goes with it. So naturally he’ll step up and be frank in talking about people discussing Durant.

Also give me DeMarcus Cousins interviews forever. He’s one dude who won’t hold back and that’s something we need more of.