My 9-year-old was going to bed the other night and as I was tucking her in, she innocently asked, “Daddy how come we never go to the circus? I would REALLY like to go one day.”

Normally, I would be able to just say, “Not happening, kid.” and turn off the light.  Especially if this same question was posed by one of my other more spoiled children. However, this particular kid never asks for anything, so I felt compelled to give her a reason behind the “No.”

I say she never asks for anything and I mean that, but I think that’s only because she’s our third and final kid.  For those lucky bastards out there without children, I’ll explain that parents have a finite amount of collective attention that they can give to their children over their lifetimes.

As is the case with most first-time parents, our first child was the fucking Messiah when he was born and, as such, he probably garnered 70% of the total attention allotment.  For a good 5 years, the sun continuously rose and set in this little bastard’s ass, as far as we were concerned.

Our attention supply went down considerably by the time we had our second child.  As a result, that poor bastard probably got 25% of the remaining recognition, meaning my third kid squeaked out maybe 5%… And, truth be told, that 5% was probably used up by the time she got to kindergarten.  Therefore, my youngest child has basically been operating on auto-pilot for the past 3-4 years.

The guilt from that obvious parental neglect was the overwhelming reason I decided she needed a detailed explanation of why the circus was out of the question, and since it was past her bedtime, I thought the best explanation would come by way of a story.  After all, it was uncharacteristically late for my little angel to still be up, so I would use this time of mental weakness to pound an inappropriate story into her tiny cerebellum.

Way back in 1916, there was a five-ton Asian elephant named Mary who performed in the Sparks World Famous Shows circus.  She was the star of this traveling show and she was able to play music on modified horns and even throw a baseball back and forth with her trainer.

During one particular show in Kingsport, Tennessee, a novice trainer (and former hobo) named Walter “Red” Eldridge prodded a sharp spear behind Mary’s ear during a parade when she broke route to bend over and eat a watermelon rind that was laying in the street.  The act of stabbing an elephant with these sharpened “elephant sticks” was not uncommon, but for some reason on this occasion, it enraged Mary so much that she flung Red off of her back and stepped on his head, killing him instantly.

As the terrified spectators screamed and fled, a local blacksmith shot Mary with a pistol, unloading five rounds of ammunition into her thick hide as the townsfolk encircled her with chants of “Kill the elephant, kill the elephant!”

The circus owner, Charlie Sparks, immediately but reluctantly decided that the only way to resolve the potentially ruinous situation was to execute the elephant in public.

She was led to a railyard that next day where she was to be hung by the neck from a railcar-mounted industrial crane in front of a crowd of over 2,500 people (including most of the town’s children).

Once at the yard, one of her legs was tethered to a rail to prevent her from running away and a chain was placed around her neck at the base of the crane.  The circus folk/hangmen forgot to untether Mary’s leg, so when the crane was switched on and her body was lifted into the air, there was an audible cracking noise heard throughout the crowd… The sound of her bones and ligaments snapping in the tug-of-war between the crane and the tethered rail.  She had been raised no more than five feet when the chain around her neck broke, dropping her to the ground and breaking her hip.

Untying her (now broken) leg, they fired up the crane again and this time Mary was raised high in the air, writhing and caterwauling*.

After a few minutes, she finally fell silent and hung there for half an hour before a local vet declared her dead.

That final result recorded in this photograph. 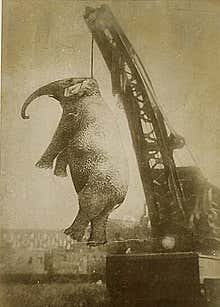 It was discovered in an autopsy after her hanging that Mary’s behavior the day she killed Red Eldridge stemmed from a painfully abscessed tooth that by chance was in the exact tender spot where Red jabbed her with the ‘elephant stick’… She was essentially hung for having a toothache. 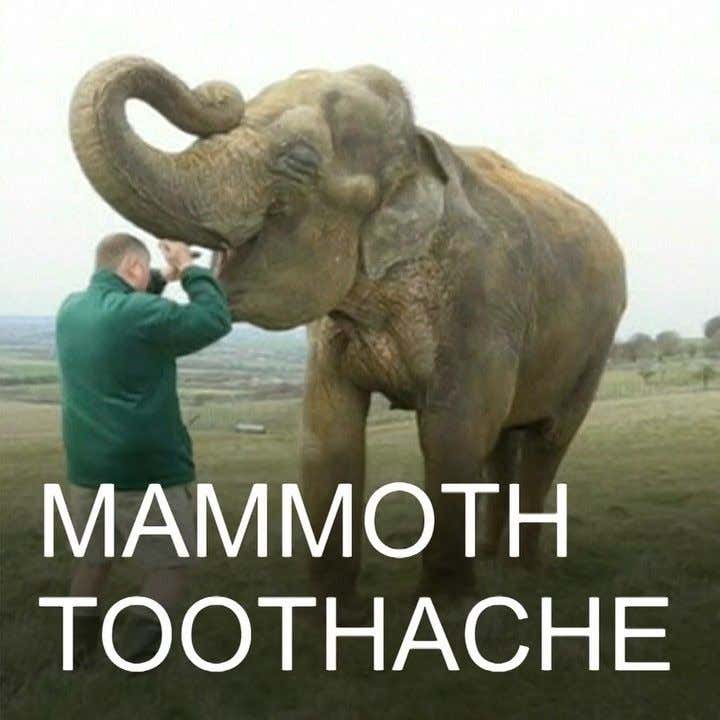 Now that I’ve told that story, you may ask, “Large, do you really feel that strongly about circuses, and are you truly enraged about an incident of animal abuse that happened over 100 years ago?”

And the answer to your question is simply, “No… Of course not.”

I really don’t give a shit about the plight of Mary The Elephant, nor do I give a single fuck about circuses in general.  I do however care about wasting four hours of my weekend sitting in cramped circus seats that probably ran me at least $500 for the whole crew.

So I carry that grainy picture in my wallet and I have the tragic story of Mary The Elephant at the ready in order to quell any juvenile desires to see the show.

There are a couple of fact-checking sites that have tried to test the validity of Mary’s story and the authenticity of the picture above.  However, their findings are inconsequential to me because if this (possibly) bastardized story continues to keep me out of going to the circus, then as far as I’m concerned, it’s gospel.

* I love the word “caterwauling”.

Lest you think the title of this blog was pure clickbait, I present to you an elephant’s large penis… 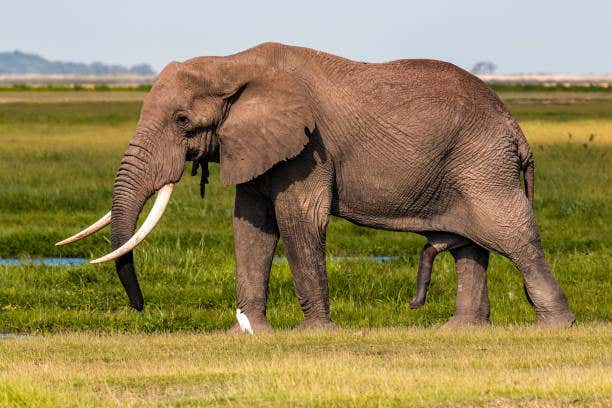