That’s 6-1 since getting swept by the Cardinals last week with the 6 wins coming against the Angels (1-0), Rockies (2-1) and Cardinals (3-0). It’s phenomenal baseball with an emphasis on bouncing back from getting swept by your franchise rival last week. It’s literally physically impossible for me to be more proud or happy with this club. Here’s where my brains at after dragging the absolute shit out the Cardinals this weekend:

Does it get better than watching Kyle Hendricks pitch on a big stage? NLCS clincher. World Series Game 7. Complete Game shutouts via 81 pitches. Time and time again this guy drags his balls on national television and each time it gets that much better. 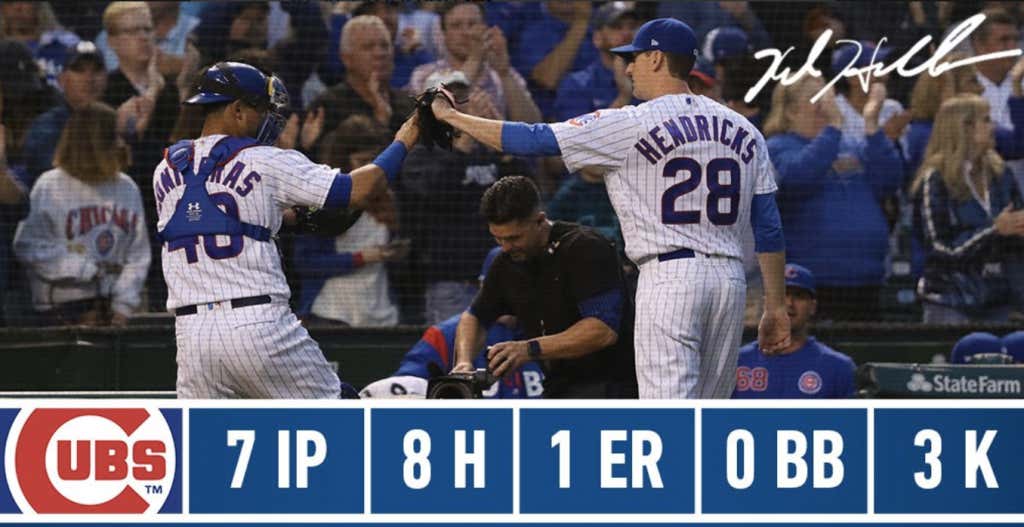 As A-Rod identified early in the broadcast, it’s because Hendricks throws a high school fastball. And that’s not hyperbole – at 87mph on average, you’re literally looking at high school velocity.

That’s the difference a plus-plus change up can make and a huge reason why Kyle Hendricks can turn around a Sunday Night Baseball game well under 2 hours. I know he doesn’t look like it: 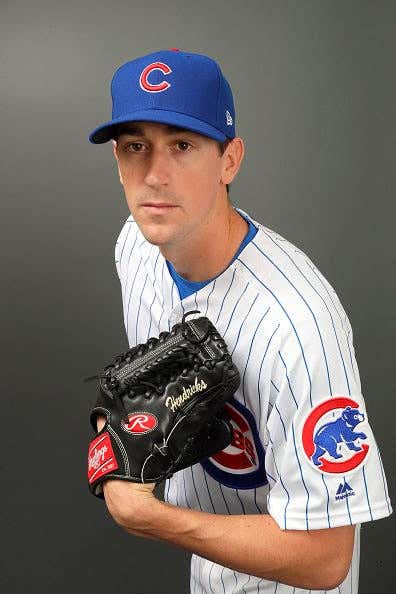 But you need to hide your girl.

22/28 first pitch strikes? That’s black magic (not really) and another huge reason Hendricks is able to have success. From the very beginning, he’s able to force hitters to be extremely uncomfortable.That starts with the sinker on the edges or a get me over curveball that no one consider swinging at. From there, you’re pretty much fucked.

And even if you are getting one of those 8 hits in 7 innings, it’s usually extremely weak contact like groundballs through a hole or texas league singles. It’s very rarely signficany damage.

I know we just swept the Cardinals and that’s a Big Deal. But for the life of me it doesn’t really count as much unless Javy Baez embarasses them in the process and that’s exactly what we got all weekend. This no look tag was a nice cherry on top for what otherwise was an ass kicking of epic proportions :

Kyle Schwarber is 11-30 to start June. That’s great news because it’s all coming in the lead off spot with a firm commitment that CarGo’s presence won’t kill his playing time That Much (Friday was a day off).

They basically told Kyle he’s playing LF and hitting #1 everyday and for my money I can fuck with that pretty hard.

It’s June. We got time for him to get better. He had a pretty rough May but has been nails the last 10 games or so. The difference he can make can never be overstated. If Schwarber can be a consistent OBP/Power threat, he bumps KB-Rizzo-Baez-Contreras that much harder.

If that feels like a World Series 1-5 to you it’s because it is.

That’s an Oppo Taco with Taco meaning a small little snack. It’s not a mammo. Not a Yabo. Just a little Taco the other way aka Oppo Taco.

Also notable: The Cubs are 5-0 when CarGo starts.

CJ Edwards came on for the 9th and failed to shut it down, but not in the way he normally does. So let’s give another piece of recognition: he’s been virtually unhittable since coming back from AAA. He’s hrown 13.2 innings with 4 hits, 2 walks, 14 strikeouts, and a 2.13 ERA.

I’m not putting him out there in a 1 or 2 run game but it’s worth recognizing that he could be the difference between a very good and championship bullpen once Craig shows up.

Up Next: The Cubs have a 7 game West Coast road trip before their next off day on Monday June 17th. To get there, they start in Colorado for 3 before going to LA for 4.

Realistically, if they can come back without significant injury and at least 3 wins, I’ll be a-ok. This is a gruesome stretch for the Cubs with all these games starting to add up. It’s super important they don’t get rolled up and give back all the ground they’ve made to start June (6-2) following a productive April (14-10) and May (16-12). This is by far their hardest stretch of schedule all season, fingers crossed we make it through without major issue. 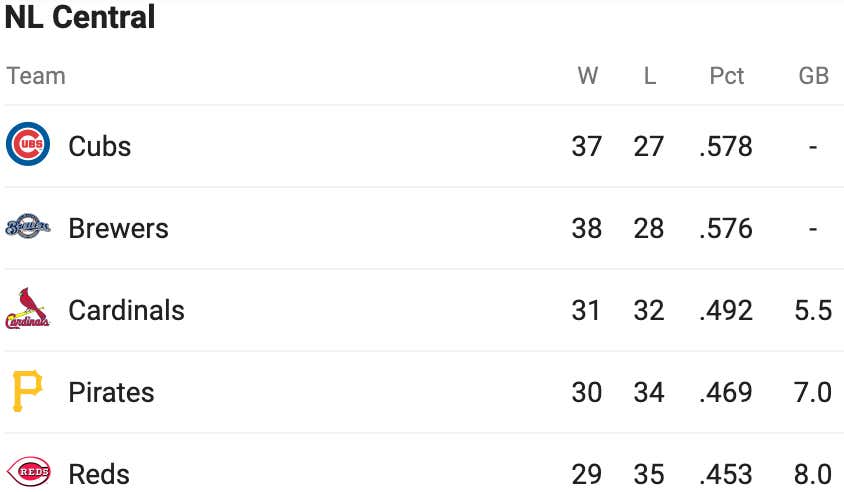