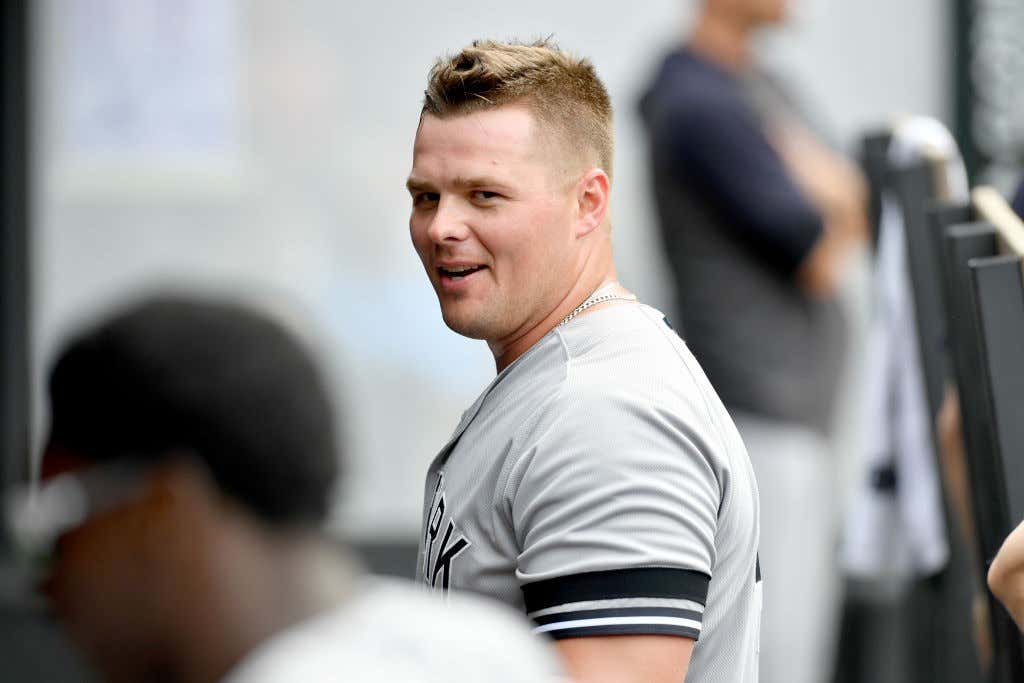 I am EXHAUSTED after that baseball game. Here I was thinking in the 6th inning that we’d get a nice, easy W where we don’t need to use anyone important out of the pen and can just cruise. Nope, no shot. Tommy Kahnle served up two homers for the first time in his career and in the blink of an eye we had a one run game. Of course.

At that point I chalked this one up as a loss. Just felt like it was going to be a demoralizing walk-off and there was nothing we could do about it. Instead this team refused to quit. They rallied in the 9th which resulted in the go-ahead run being scored thanks to one of the best at bats of the year by Clint. Worked the count full, didn’t try to do too much, drove the ball deep enough to get the run home. Great job. I am wildly impressed at how he’s answered the critics this week after his disaster on Sunday night. He’s locked in.

Chapman came in for the 9th to shut the door but just didn’t have his fastball. He couldn’t throw it for a strike if his life was on the line. All he had was his slider which isn’t ideal when your most reliable pitch isn’t that. Even with that, he got Lindor to grounded out to Didi to end the game. The only problem was that Didi kicked it into the outfield basically.

Just a brutal error, especially considering he entered the game as a defensive sub. Thankfully Chappy got out of that jam and extended the game into the 10th. I mean we’re talking on of the worst losses in the last few years if that error led to a loss. The good thing is that I can never get mad at Didi. He can do no wrong as far as I’m considered.

After a one out double by Cameron Maybin, Aaron Hicks followed with a roped double to re-take the lead. You have to love the fight they showed in those last few innings. That’s a championship level of fight you saw on Sunday. Oh by the way, Cameron Maybin is awesome. Whenever they think Kendrys Morales should be the DH they should stop, cross his name out, and write in Maybin’s. It’s crazy the Indians had no use for him and here are the Yankees using him as many ways as they can to get him ABs. We got him for cash. Thanks Cleveland!

Stephen Tarpley stepped up in the 10th to close the game out by striking out the side. Good for the Tarp Man. Big win for the Yanks to avoid total disaster in Cleveland. It wasn’t the best week for this team, but they’re still 7 up on Boston and tied for first with Tampa. Can’t really be mad about either of those situations given how ridiculous this season has been. They’ve got to go out and get a pitcher who can gives us innings. The rotation is an issue and it’s going to blow out the bullpen before July. Go get Marcus Stroman, please.