Well if you had under 1.5 seconds for Drake to post something on social media talking shit, you win! I can’t say I’m surprised. But, the fact that he only shouted out Bay Area. What the hell, man. You’ve been trolling all game. There’s been subtle trolls. What is just screaming play that shit from the Bay Area? That’s not great #content. 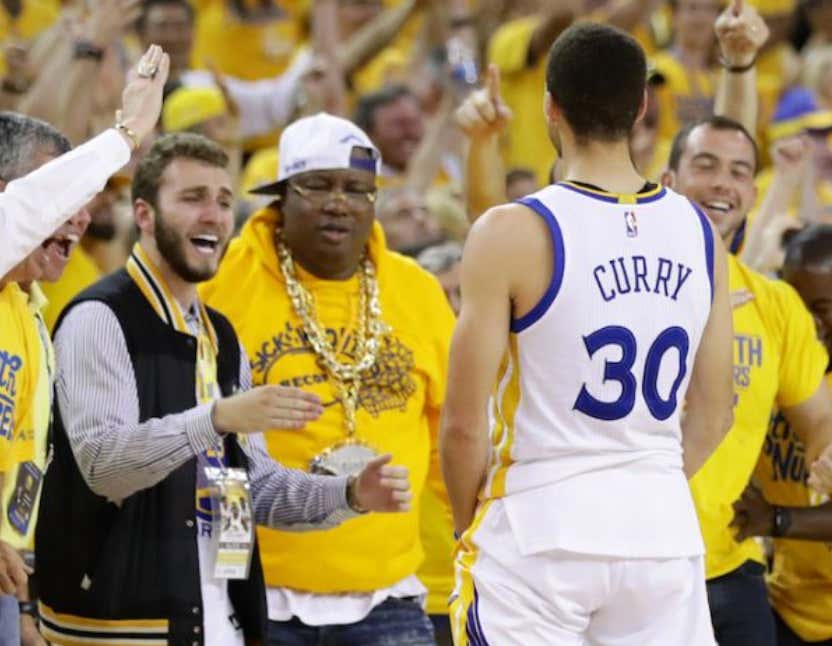 As for the game itself, all that matter is this guy. He’s my new favorite fan:

And for the actual game? Well, Kawhi is so goddamn good. It’s like we all forgot about that just about a year ago when he was the one who challenged the Spurs. Now he’s out here defeating the Warriors by dropping 30 per game. It was crazy how he just kept hanging around with the Warriors looking like they were going to open the game up in the first half. It just never got more than 12.

Then boom. 3rd quarter Raptors. Just an unreal series so far by Toronto. Play that shit from the Yay Area.