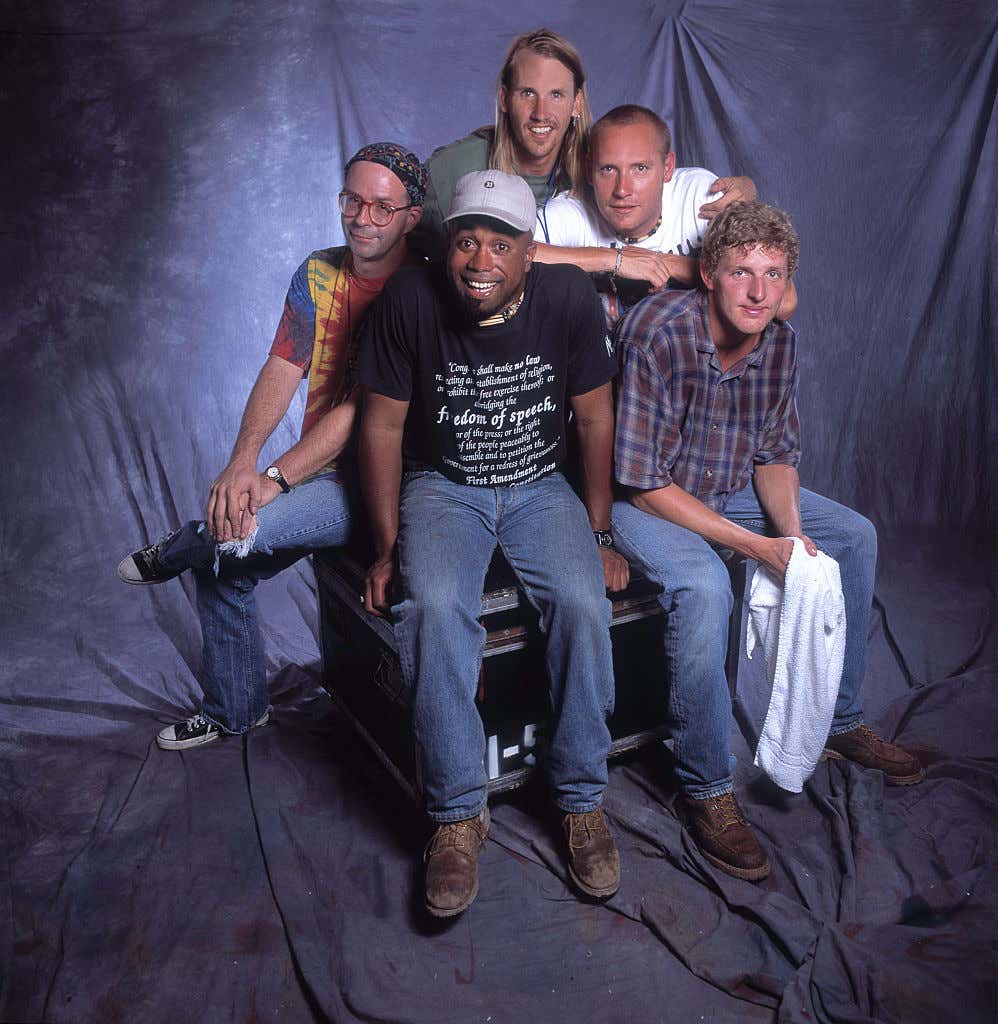 SPIN - …frontman Darius Rucker takes issue with the fact that Hootie’s impact has seemingly been quietly erased from rock history. This feeling most hit home, Rucker says, when he watched an episode of CNN’s docuseries The Nineties, on which Tom Hanks served as an executive producer.

“How the [expletive] can you do a show about ’90s music and not mention Cracked?” Rucker told the Times. He added: “[Expletive] Tom Hanks!”

The Times, per tradition, omitted the curses in question here, but we’re just gonna go ahead and assume he said “Fuck Tom Hanks.”

This is like when your parents fight, only worse, because you love these two more.

In one corner you’ve got Hootie and the Blowfish, the composers of the soundtrack of your life for a decade at some point.  The smooth rockers and cool ass cowboy blasting from the speakers of your car with the top down, blaring out of your boombox at the beach, belting out the words to the feel good jam Hold My Hand just ignoring the fact that it’s about oppression and racism.

In the other you’ve got Tom Hanks…

…who is maybe the one person to ever exist in Hollywood who no one has ever said a bad thing about.  Have you ever heard someone bad mouth Tom Hanks?  You either love Tom Hanks or you live in a bunker like Brendan Fraser in Blast From The Past and have never heard of him.  Tom Hanks is The Man, capitalized like a proper noun.

I need to see the video of this to put my mind at ease.  You know what they say, 15% of a conversation is words and 85% is tone, inflection and emphasis.  Need to see Hootie smirking with a twinkle in his eye as he says it, just two best buds raggin’ on each other bustin’ balls, so I know they just want to hold hands and live in a little peace and some harmony and I don’t have to go in the back and get high then sit down on my couch and cry.