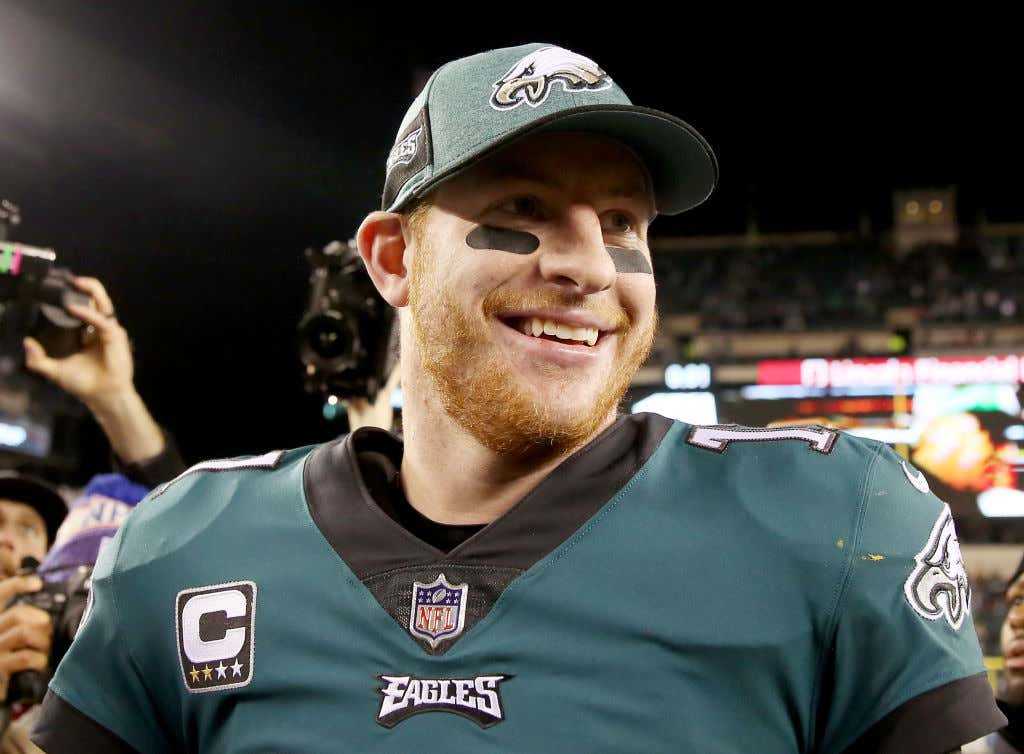 And that, my friends, is how a dynasty is born. Carson Wentz–Ginger Jesus–has signed a 4-year contract extension to keep this glorious man in the city of Philadelphia through the 2024 season.

Philly fans have been talking about the “roaring twenties” for years now. The Sixers have their core established to be contenders for at least the next 5 or so years. The Flyers have finally found their franchise goalie and are just a couple of missing pieces away from getting themselves in a spot where they can be considered contenders. The Phillies have Rhys Hoskins and Bryce Harper and now Jay Bruce who just smash bombs on the regular. And now the Eagles have locked up their franchise quarterback through the 2024 season. You’d figure that the type of year that Boston has been having would be a once in a lifetime scenario. But unless we all end up dying at some point in the next couple of years, there’s a strong chance we see another run at a 4-for-4 sweep happen in Philadelphia at some point in the 2020s.

And here’s what makes this signing even sweeter. This news comes the day after Tom Brady sent this cryptic shit out on social media yesterday.

Treat your last like your first? Sure as heck sounds like Tom Brady is saying that this is going to be his final season before retiring. So in the same week that Tom Brady essentially announces that he’s putting the wraps on his career, the Eagles give Carson Wentz a 4-year extension. Pretty poetic, if you ask me. It’s almost like the passing of the torch. With every death comes new life. As one dynasty comes to an end, a new one is born.

And I realize that there are haters and doubters out there. I know there are people out there who are worried about Carson Wentz being “injury prone”. But I just hope all of those people realize that they are moronic idiot bozos. Because nothing about Carson Wentz’s injuries over the last couple of seasons have anything to do with him being “injury prone”. He tore his ACL in 2017 just as countless and countless of other athletes have done throughout their career. Nobody is immune to the dreaded ACL tear, and Carson just happened to unfortunately get his in the middle of an MVP run. And then the back problem last year wasn’t because Carson is injury prone, but it’s because the O-line fucking sucked. Carson was getting hit every time the ball was in his hands. As long as the Eagles plug up their O-line, you don’t have to worry about his back anymore because he’s not constantly going to get the shit knocked out of him. So everybody can kindly shut the h*ck up about Carson’s injury history.

Now we go. AO1. In Ginger Jesus We Trust.