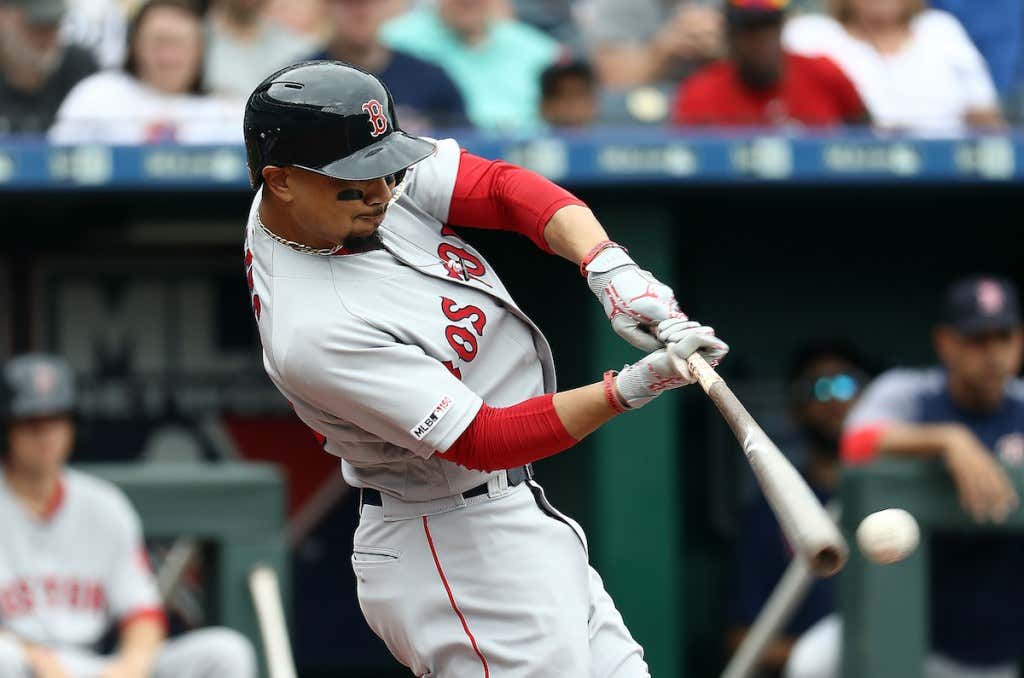 The Red Sox swept the Kansas City Royals, who haven’t won a series since mid-April. Not impressive, I get it. But a sweep is a sweep, especially when you were staring at the very real possibility of double digit games back of first place this past weekend.

Boston went with a bullpen game, sending seven different pitchers to the mound but there’s one in particular that I’d like to talk about. Has anyone realized how well Heath Hembree has been pithing lately? I had no clue until I looked at his game log today. Granted, he hasn’t often been used in high leverage situations, but since April 25, out of the 89 relievers with at least 15 appearances, the only reliever in baseball with a lower ERA than Hembree (0.57) is Adam Ottavino, who hasn’t allowed an earned run. What a world.

The Red Sox offense was back on their bullshit, scoring seven more runs on nine hits. Boston was actually out-hit in this one with the Royals hitting three homers and tagging 14 hits. Didn’t matter in the end, though. Every hitter in the starting lineup except for Michael Chavis and Jackie Bradley Jr. had a hit in this one. Chavis has cooled off considerably, hitting .202 with a .605 OPS since his four-hit, two-homer night in Chicago back on May 4. The league has made adjustments to Chavis, and now it’s time for Chavis to make adjustments to how the league is pitching him.

Mookie Betts homered in this one, his tenth. Compared to last year, it might seem like Betts is having a quiet season, but since starting the season hitting .200 with a .676 OPS by the end of that Yankee series in mid-April, the reigning MVP has since hit .301 with a .921 OPS in his 42 games since. Just about what you’d expect from the three-time All Star.

It’s back to measuring stick time, as the Red Sox now head home for a three-game weekend series with the second place Rays. It’ll be Rick Porcello versus Yonny Chirinos in the opener with Porcello coming off a disappointing start against the Yankees last weekend. Even with the five-run clunker in the Bronx, Porcello still has a 3.71 ERA with 48 strikeouts in 60.2 innings over his last 10 starts. Chirinos got touched up for four runs on nine hits against the Twins in his last start, but is overall having a good season with a 3.25 ERA over 61 innings with 49 strikeouts.