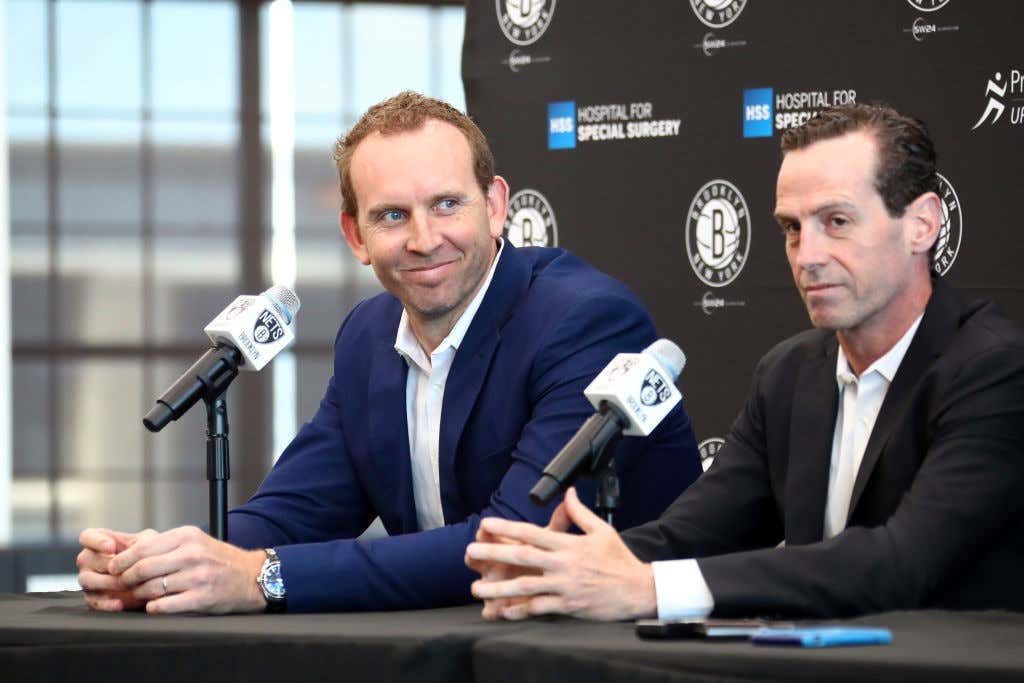 And we’re off! Now it’s not exactly news that the Nets were going to have cap space heading into this summer, but this is officially the first move by a team that knows something. You have to hand it to Sean Marks, he has played this rebuild to perfection. Throw the now $18M in cap space aside, Taurean Prince is on an inexpensive contract and is actually pretty good. Some may say Allen Crabbe is overpaid for what he brings so that part of the trade alone is a big time win for BKN.

But the juice of this trade is not Taurean Prince. It’s the near $50M they just opened up that allows them to either pair a max guy with D’Angelo Russell or bring in two max guys instead. That Kyrie tweet from Woj is big, and then you have to think back to all the Kevin Durant rumors as well. If they want to join up, they can absolutely now go to the Nets.

A quick recap of where everyone stands. BKN now has two max slots, the Knicks have two max slots, the Lakers have a max slot, and the Clippers have one max slot with the potential for another. While that doesn’t guarantee any movement it sure as shit makes things interesting to speculate about because things are no longer a pipe dream for a number of franchises. If you’re the Nets, you have to feel pretty confident about something to make a move like this and with all the talk being about NYK and the Lakers and all this nonsense, they’ve quietly become just as attractive as a destination as anyone else. They have a good coach, a solid front office, good young talent and a shit ton of money. The one thing this trade does do is it most likely takes them out of the AD sweepstakes. There were some rumblings over the last few days that they may try and throw their name in the ring, but getting rid of first round picks tells you that’s probably not going to happen via trade unless some sort of crazy sign and trade happens.

As a Celtics fan this scares me a little bit just because they are also in the same division as the Celts and Kyrie going there would certainly be a kick to the dick, but if I was a Knicks fan this news might make me suicidal. All signs are pointing to the NETS being the one that pull KD/Kyrie after Knicks fans everywhere have spent the past few months on photoshops of those dudes in Knicks jerseys. I don’t think they ever considered the Nets being a real threat all season long, and now it looks like they may be the favorites.

Either way I hope you all have your Woj/Shams notifications on because we are officially off and running.