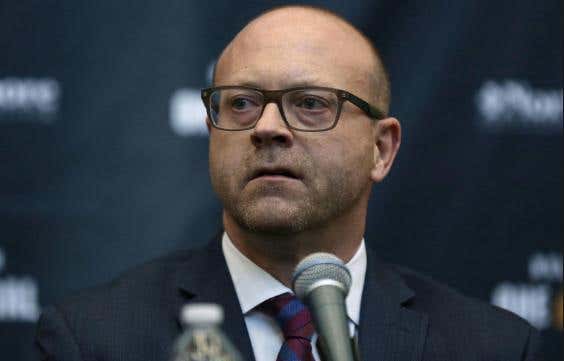 You’ve probably heard this before, but…the Blackhawks defense stinks. Age(Keith & Seabs), cap restrictions(Leddy), poor drafting and development(organization), and a couple of stupid trades(Hjalmarsson and the Sharp/Johns-Daley trade) have left the Blackhawks with a blueline that is porous at best and an absolute fucking disaster at worst. It started trending towards being a problem in 2015-16 season, but Crawford and Darling covered a lot of warts. Now it’s a full blown crisis and it appears that the Blackhawks are in danger of trotting out basically the same group as the past two years. Unless the Blackhawks do something radical…

This is the summer for Stan to save his job and salvage the end of Kane-Toews era while they’re still in their prime. They’ve got assets, they’ve got money, and the Blackhawks MUST make some radical moves.

I have a sneaky suspision that the Hawks are drafting Alex Turcotte and not Byram. I can’t put my finger on it, but that is what my gut is telling me. They’ve drafted defense heavily in recent years, and maybe they think that Turcotte is just too special to pass up. Maybe he’s a guy that Toews can effectively pass the torch to. I don’t know. What I do know is that IF the Blackhawks pass on Byram than in theory they need to add to the left side of their defense. Jokiharju, Murphy, Seabrook…all right shots. As is Boqvist. As is Ian Mitchell.

I can’t see the Blackhawks going the big expensive UFA route. Meaning…Erik Karlsson and Jake Gardiner. Both guys will be 29 when the season starts. Both will get long term deals that’ll take them to the end of their careers. Karlsson is projected to sign for roughly 10M AAV and Gardiner is projected to get $7M. And I predict that no matter who signs those guys will end up regretting it sooner rather than later.

The Blackhawks also seem to be focused on the future rather than the present. Stan Bowman has laid out a timeline on the record saying the timeline to be an elite team is 2020-21 and not next season. He’s probably looking to add to the next “core” of Debrincat, Strome, Turcotte, Jokiharju, Boqvist, etc rather than the current core. Meaning…I don’t think any of the older Dmen are realistic targets. You can scratch off Edler, Stralman, Tyler Myers, and Jordie Benn. My guess is that the Blackhawks would be more interested in adding a guy can still be playing his best hockey in 2023-24. Meaning they have to make a push for an RFA or a trade. That’s what this list is going to be. 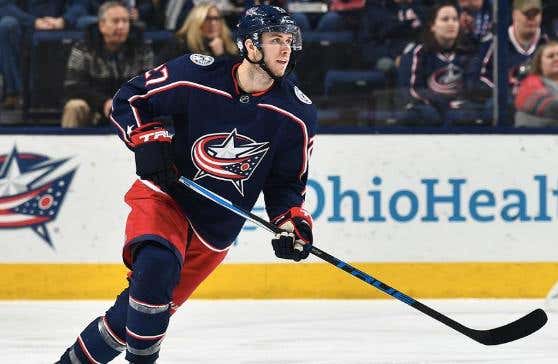 I’ve been talking about him a lot in this space. He’s an RFA with CBJ. While the Jackets are going to have a SHIT ton of money because Duchene, Panarin, Bobrovsky, and maybe Dzingel are all leaving town, CBJ kinda has their core of young D with Jones and Werenski. The Jackets need to pay Werenski big money this summer, and they’re also already locked into Savard and Nutivarra. The Jackets know their D is good enough to get out of the first round without Murray. Maybe that makes him expendible as they look to fill holes left by the UFA class leaving. Former 2nd overall pick, has a ton of ability and it felt like he was finally starting to put it together last year before a concussion ended his season. Murray checks the boxes from a skating, age, cost, and left shot perspective. I think he’s attainable via trade or perhaps an offersheet. His name hasn’t been out there much, but he can step into the Hawks top 4 on the left side for years to come. 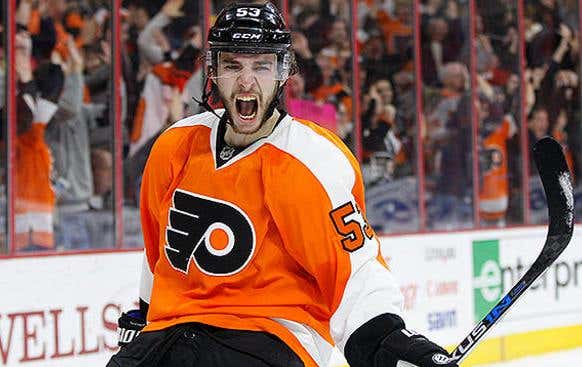 Gostisbehere had a down year in 2019, probably due to a lingering knee injury and Philly generally being a fucking disaster and a rollercoaster as an organization. The talent is certainly there and Philly is looking to add forward help so Gostisbehere is reportedly available.

I have loved Gostisbehere for a LONG time now, going back to his Union days

Left shot who can skate, run your PP, but has some defensive issues. Some might say that sounds like a more expensive Erik Gustafsson…well, you might be right. I am banking on Gostisbehere is still growing and learning and would benefit from proper coaching. Banking that he’s more of the guy we saw in 2017-18 when he finished 10th in Norris voting. Getting that guy who is a better Gustafsson also allows the Hawks to trade Gustafsson because he’d be essentially obsolete at that point. I believe in Gostisbehere’s game so much that I am willing to ignore the fact that he spells his name like a douche bag.

The only two other names that kind of fit the criteria are Ben Hutton and Jake McCabe. I really really like Jake McCabe. He can skate. He plays tough. Good character guy. He hasn’t really turned into the player some thought he would become, but Buffalo is one of those teams where it can be hard to judge an individual player because they’ve run through coaches and the team hasn’t had a lot of success. He’s an RFA and if the Sabres are looking pay Skinner and add help elsewhere, maybe they’d entertain a trade for his RFA rights. I think he could grow into a top 4 role.

Eventually though that is not going to be good enough. The Blackhawks need to find a true #1 defensemen. They need their next Duncan Keith and those guys are impossible to find. Boqvist isn’t that guy. Jokiharju isn’t that guy. I think Ian Mitchell, because of his skating, brain, and desire to be the best could end up being the best of that group but it’s certainly not a lock. Having said that…just because none of the guys mentioned are top pair, Norris-level guys, it doesn’t mean the Hawks can simply roll out the same group that gets destroyed in their own zone and in transition again. The Hawks aren’t far from being a playoff team. An incrimental improvement to their defense could make all the difference.