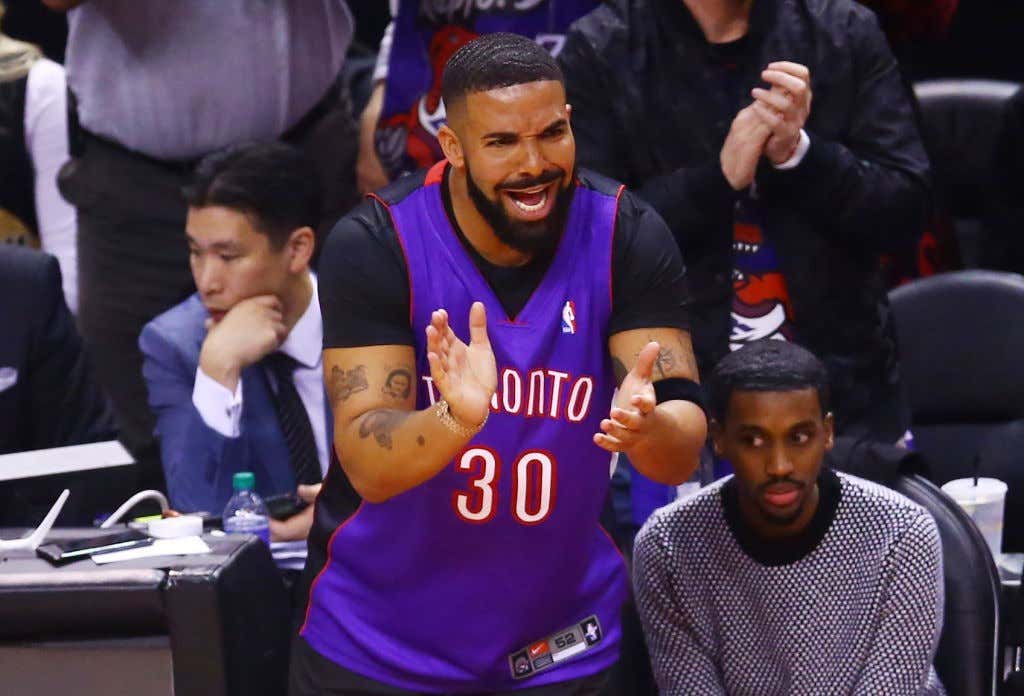 No you won’t Klay! Maybe this is just me, but I feel like it’s pretty weak that #1 Raptors fan in the world Drake didn’t find his way to Oakland for Game 3. Unless something serious happened in his personal life or something he has to be in attendance. I get it, he never goes to road games, but there’s a difference between the early rounds and the NBA Finals in my opinion. He wants to be this master troll which he has been pretty damn good at so far, but yet is too afraid to go into enemy territory? Does his fandom only exist if he can show it off in the comforts of his own arena? When you make the NBA Finals for the first time in your franchise’s history, and you talk as much as Drake talks, I feel like you have to be there for every game they play. If not you just look like a guy who is only doing all this for attention and don’t really care about the Raptors, and I would never imagine that’s what Drake is doing.

Look at E40 for example. He wasn’t afraid to go into Toronto to support his squad 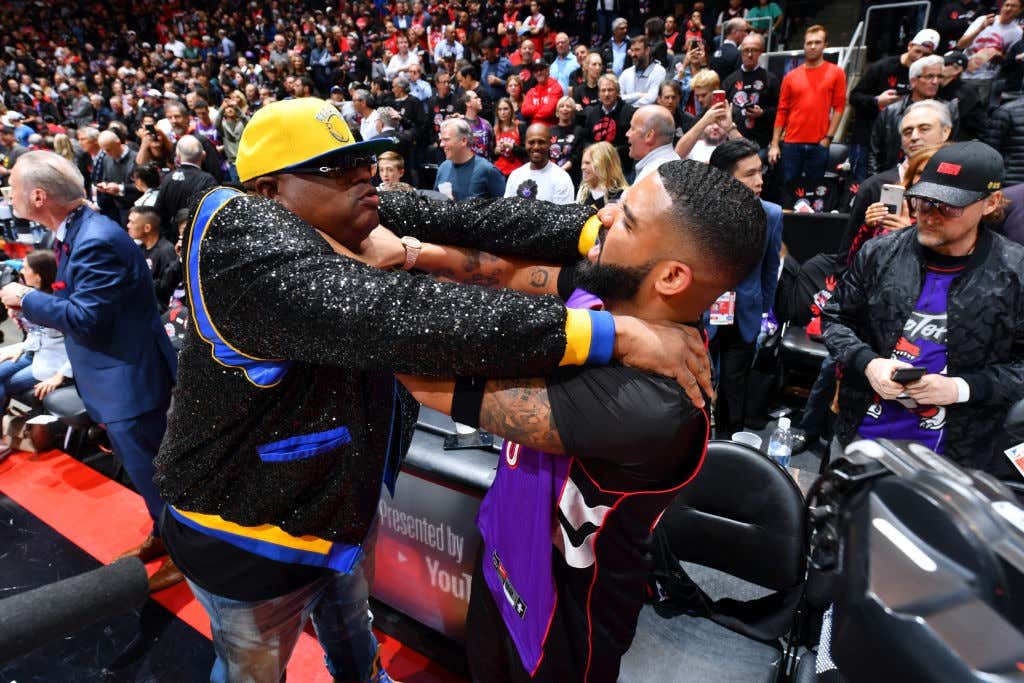 and I don’t want to hear about the money excuse and the cost of a ticket to these games. This is fucking Drake we’re talking about, the guy is worth like $140M and has his own goddamn 767 (that he got for free but whatever), he can find a way to get into Oracle. It’s also not the best look that the entire internet saw Klay call him out after the Game 2 loss and then he doesn’t even show for Game 3. Think of how much better last night would have been had Drake been in the arena? I don’t care what may have been on his schedule, how does the #1 Raptors fan on the planet not do everything he possibly can to be in the arena for the NBA Finals.

He’s been so good at getting into the heads of every opponent the Raptors have faced this playoffs, now that his team is on the brink of a title this is when TOR needs him more than ever. He was pretty quick to get his normal Instagram troll post up after the final buzzer, but him not being there took a little bit of the spice out for me. You could make the argument that Game 3 was one of the biggest in franchise history considering the winner goes on to win the series like 80% of the time and yet Drake was nowhere to be found.

All I ask is that he show up for Game 4. With the potential of going up 3-1 and taking both games in GS, Drake can absolutely use his presence as a distraction to help break the Warriors who will be starting to feel the pressure if things are close. Even if they lose it’s still a win for Drake because at the end of the day the Raptors got the split, but he has a chance to make a real difference if he just sucks it up and takes his show on the road.

I think we all deserve the visual and the chaos that would come with Drake celebrating his dick off in what could potentially be the last game ever in Oracle if the Raptors win Game 4. If you ask me it’s just what this Finals needs.