By all accounts Jay-Z has a pretty awesome life. The man just became a billionaire for crying out loud and is one of the greatest of all time at his craft. But in this moment? None of that shit matters. Every single guy with a girlfriend and a wife knows what Jay-Z was about to deal with on the car ride home. We’ve all seen that look from our significant other and it never, ever, ever ends well for you. I don’t know where they are going from the arena but what I do know is it’s going to be the longest trip of that man’s life. This look right here 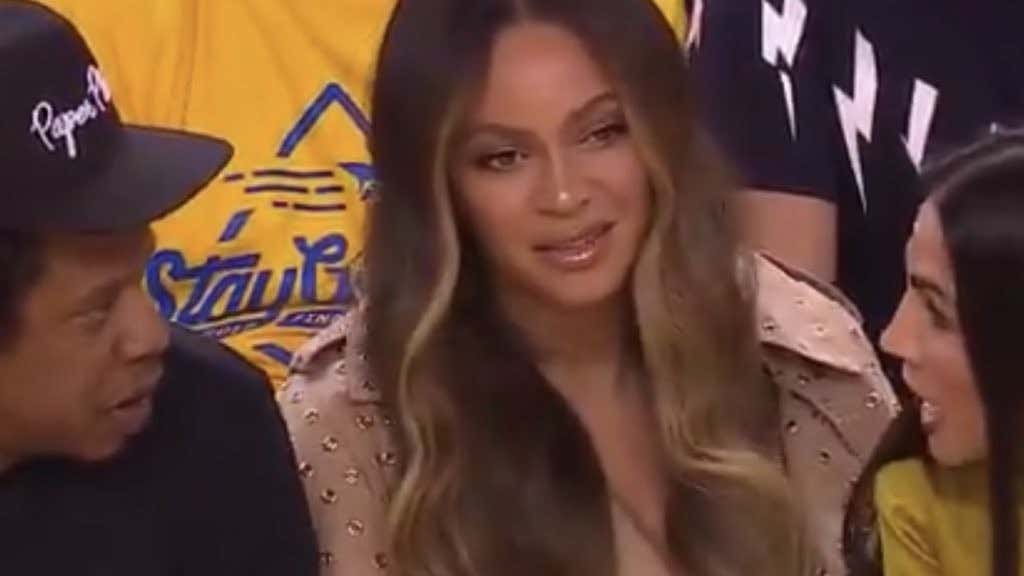 says all you need to know. It doesn’t even matter if they know whoever that fine young lady is on the right, Beyonce is NOT having it. You could tell she was trying to play it cool for a couple seconds there but eventually this Becky with the good hair continuing to talk to her man was simply too much to contain. That car ride is going to be filled with so much passive aggressiveness it’s making my skin itch just thinking about it.

There’s also a strong chance the Beyhive has this girl taken care of. Those people are crazy and you’d be a fool to underestimate their loyalty to their Queen. I’m sure they were just having an innocent conversation but think about your own life. How does your girl like it when you show someone else attention right in front of her face like this? How many stupid fights have you gotten into over something like that? A hundred? A billion?

Just goes to show that even in 99% of life where Jay-Z is nothing like us normal people, but tonight that poor bastard is just a regular dude with a pissed off girl. Who hasn’t been there.