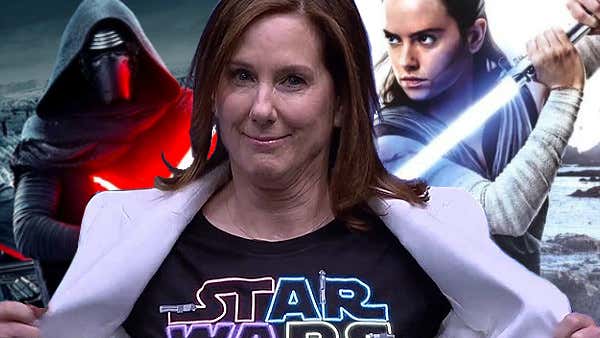 I physically could not allow today to go by without giving a published 66th birthday shoutout to one of my favorite producers ever, the Queen of Star Wars herself Kathleen Kennedy. For those of you that don’t know who she is, you might be surprised to hear that you are VERY familiar to her work. Let’s go through a quick chronological history of her highlights with some videos.

1981 – Raiders of the Lost Ark (Assistant to Steven Spielberg)

Kathleen is the best, and I would 100% E-propose to her right now if we didn’t have the same last name. Although…