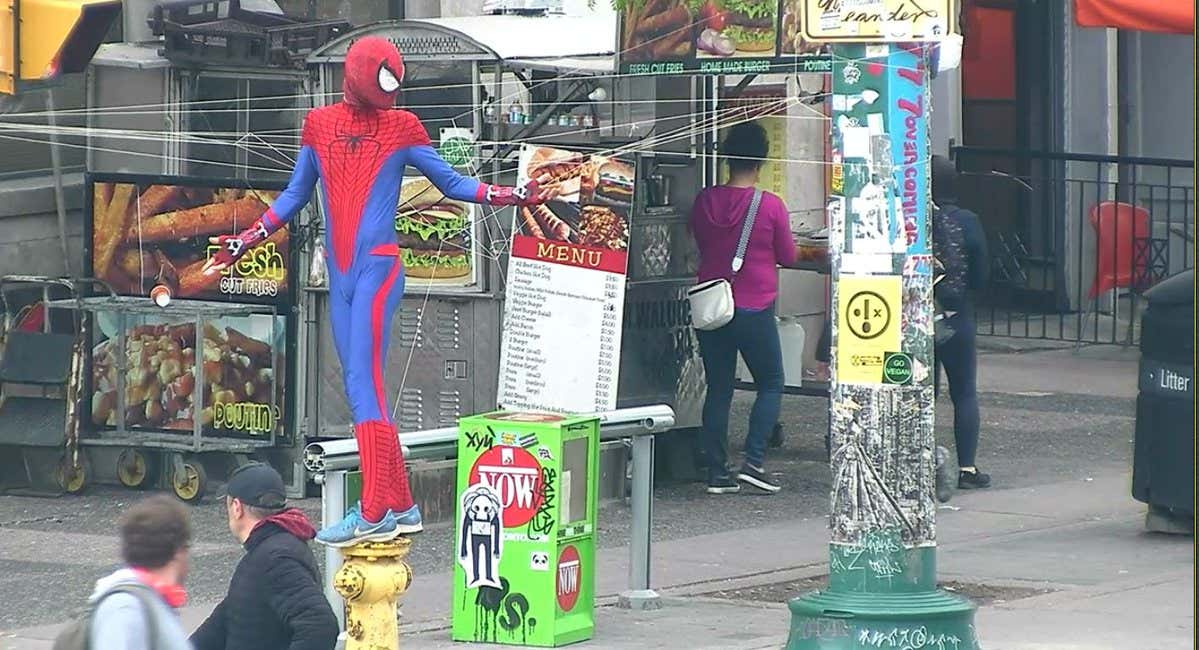 I can’t imagine that life for Canadian Spiderman is all that busy. It makes sense when they make superhero movies and base them in American cities. There is crime here and plenty of bad guys who need to be swiftly brought to justice. But Canadian Spiderman? What’s he going to do? Web a pedestrian for crossing the street at a red light? Fight somebody for not saying “thank you”? And I feel like even when people break the law in Canada, they turn themselves in immediately. Wouldn’t even give Canadian Spiderman enough time to get to the scene of the crime before they call the Mounties on themselves.

So this is an issue that I think a lot of American superheroes just never encountered before. Canadian Spiderman doesn’t have a ton of crime to fight, which means that he has just a ton of free time to kill. And with all that free time, Spiderman eventually just becomes the thing that he was put on this planet to fight–a public nuisance. Maybe if there was a bank robbery or something, Canadian Spiderman wouldn’t be spending his days just webbing off parts of the sidewalk and throwing lines over streetcar wires. He’d have a purpose in life that he was fulfilling. But until that day comes, Canadian Spiderman is going to be stuck just fucking around all day waiting for something to happen.

Really makes you wonder if Canadians being super polite and law-abiding citizens all the time is really worth it. Because we have heroes like Canadian Spiderman out here paying the price for it.