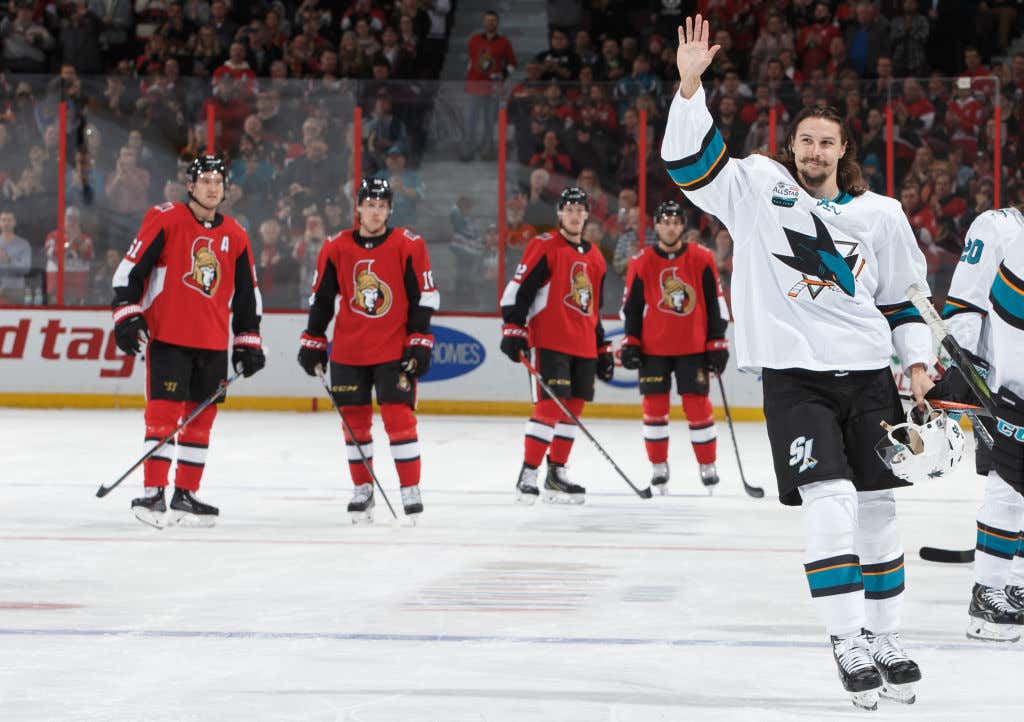 Sportsnet – Could a reunion between Erik Karlsson and the Ottawa Senators be in the cards?

Maybe, according to a new report from the Ottawa Sun‘s Don Brennan. Citing a well connected source, Brennan reports Karlsson “hopes to receive competitive offers” from the Senators and Montreal Canadiens.

The source adds that Karlsson’s wife, who is from the Ottawa area, is homesick and would like to move back to the region. The source also adds that “as far as he knows,” the Toronto Maple Leafs and Buffalo Sabres, two other teams close to Ottawa, are not on Karlsson’s list.

A reunion between Karlsson, who is set to become an unrestricted free agent on July 1, and the Senators seemed out of the question after the way the two split last fall. The Senators traded the two-time Norris trophy winner to the San Jose Sharks in September after the two sides couldn’t come to terms on a long-term contract extension.

Okay so before we get going here, I just want to say that I don’t trust anything that ever comes out of Ottawa. Not a single damn word. Whether it’s from the team itself, or the media, or whoever, I just can’t take that city as a credible source after everything that has gone down over the past 2 years. If we have a “source” in Ottawa who says that Erik Karlsson wants to return to the Senators based solely on the fact that his wife is homesick, I just feel like that’s a “speak it into existence” type of scenario.

HOWEVER…if Erik Karlsson actually ends up signing with the Ottawa Senators this summer, this will go down as potentially the most bizarre saga in all of sports. And you know what? This whole ordeal has been so bizarre up to this point, that this would actually be the only way that makes sense to wrap it all up.  The Ottawa Senators are 1 win away from advancing to the Stanley Cup Final in 2017. Then they go on to have one of the worst seasons ever in 2018. Then they blow up the entire team because the locker room was a toxic mess.  They trade Mike Hoffman. They trade Erik Karlsson. They trade Mark Stone. They trade Matt Duchene. Pretty much everybody of importance who Erik Karlsson would have played with in Ottawa is gone besides guys like Bobby Ryan and JG Pageau. 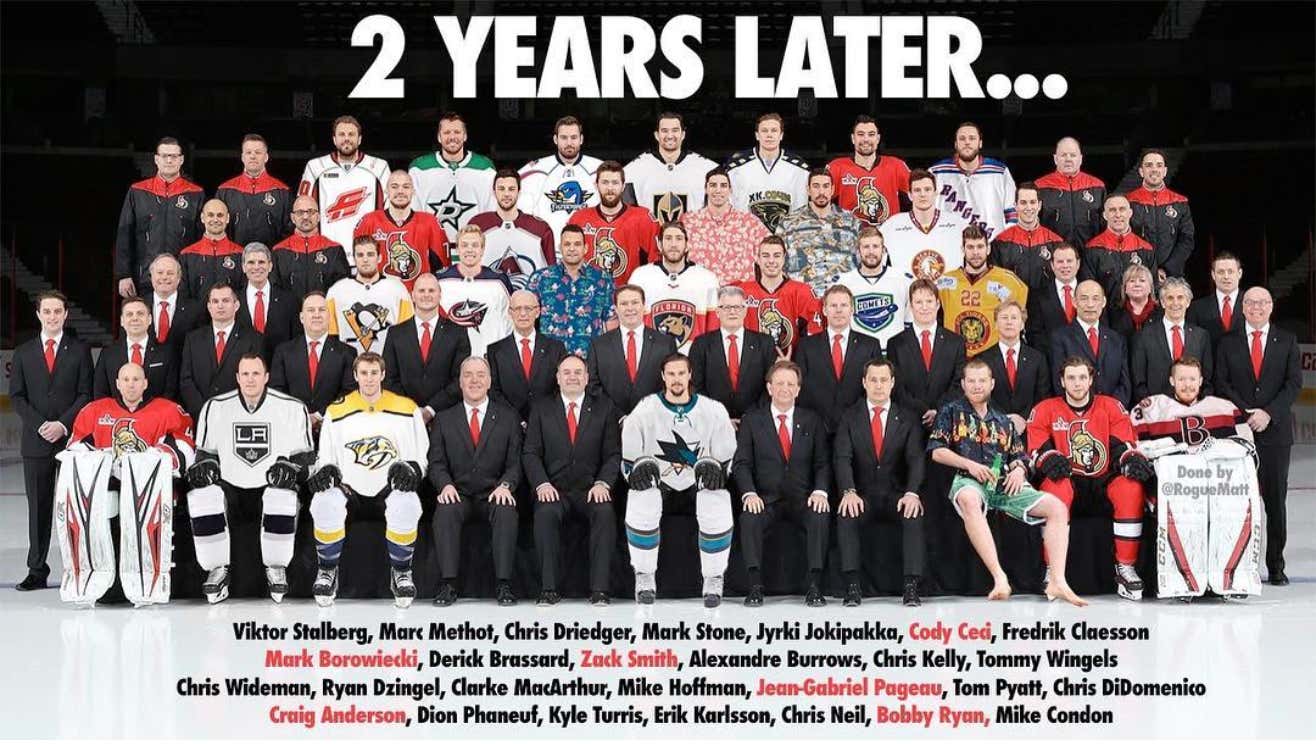 Obviously Eugene Melnyk and Pierre Dorion still run the show up there. Which, if you ask me, would be the #1 reason to stay as far the fuck away from the Ottawa Senators as humanly possible. I mean who the hell wants to play for a GM whose only answer about what to be excited about for the organization is the fact that the Senators are a team.

But if it was just the locker room that Erik Karlsson and his family wanted to get away from, well then that situation has pretty much taken care of itself because the locker room has gone through an almost complete overhaul. And most importantly, the Senators have a fuck ton of money to throw around this summer.

There’s nobody on the roster right now who desperately needs a new contract this summer that is going to break the bank. Colin White is an RFA. Cody Ceci is an RFA. Thomas Chabot still has another year on his ELC. Brady Tkachuk still has two more years on his ELC. So if the Ottawa Senators want to get crazy and hand over a blank check to Erik Karlsson, they can easily do that. They can pretty much outspend any other team in the league with how much cap space they have right now combined with the next rounds of contracts they need to extend. Sure, New Jersey has a shit ton of cap space too but they potentially need to hand over some big paychecks to Taylor Hall, Nico Hischier and Sami Vatanen soon. The Montreal Canadiens have $11M in cap space to work with right now. I’m sure they can cut a few guys loose to make that number a little higher, but it’s not like they can go overboard for Karlsson.

All I’m saying is that I think I almost talked myself into Karlsson signing with Ottawa on July 1st throughout writing this blog. Which would suck because the Senators are still going to be trash so we won’t get to see Karlsson in the playoffs or anything like that. And it’s also a super shitty market so we would barely get to see him on national television. But as far as drama in the league goes, this is the type of move that helps the NHL compete with the NBA in regards to sideshows.