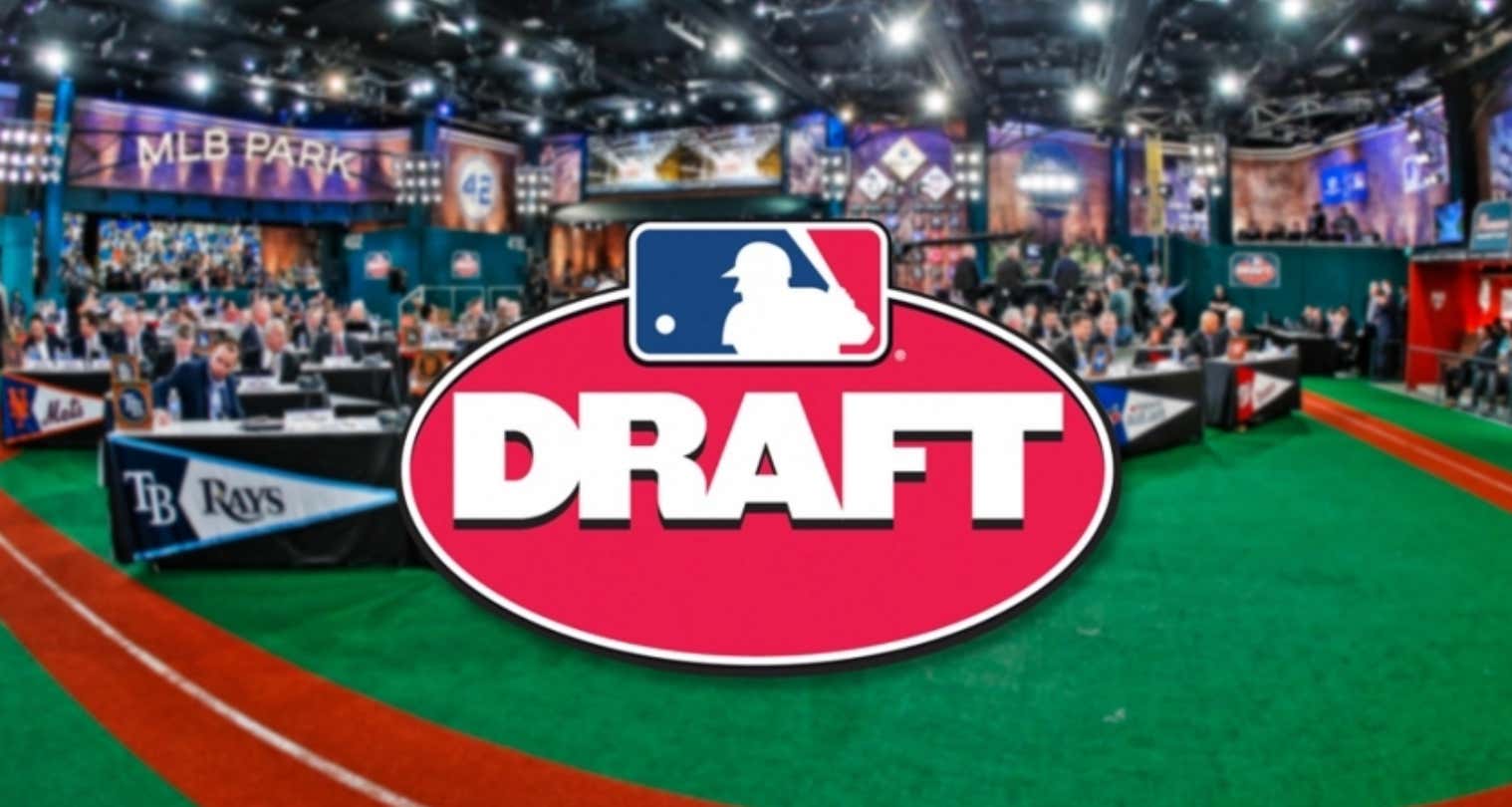 Okay so today marks the final day of the draft and I want to spend about 1000 words breaking it down in terms of money, strategy and what it means for the White Sox and all MLB organizations in general.  I’m going to break it down as simply as possible for the lesser informed.  I worked my dick off on this last night so don’t talk shit

What that quote implies is the White Sox are going to be drafting players on Day 3 that will be receiving relatively
significant bonuses.  The NFL and NBA drafts typically have players get drafted best to worst, the MLB draft is all about signing bonuses.  That’s why even though Adley Rutschman was the head and shoulders best player in the draft, there were rumblings that he would not go 1-1 for a little bit prior to the draft.  The Orioles did end up taking him and are sacrificing draft depth for sheer stardom.

2. How The MLB Draft Pool Works:

Each team is given a bonus pool. The White Sox pool is $11,565,500, the 4th highest in the draft.  But, that pool is only for their 1st round pick through their 10th round pick.  Each of their picks – or slots – are assigned a value. The team can spend over or under each slot value, if in total, they don’t spend more than 5% of more than their total bonus pool. Teams can spend 5% more than their pool and only get penalized with a 75% tax on the 0-5% overage. After exceeding your pool by more than 5%, teams face more severe monetary penalty and lose future picks. As a result, no team has ever exceeded that threshold since the system has been installed. It serves (in practice not actuality) as a hard cap because the penalties are so restrictive.  It’s similar to why teams don’t like to fuck with the luxury tax for years on end, which also acts as an ipso facto hard cap.

Click here to read a great writeup on the draft pool system with additional detail from Jim Callis of MLB.com.

3. Why the pool still matters after the 10th round:

As mentioned in #2, a team’s draft pool is for their 1st round pick through their 10 th round pick. That said, if the team wants to draft (and sign) a premium talent on Day 3, any signing in excess of $125k would count against their pool.  So, if a team drafted a player in the 11th round and signed him for $325k, $200k would be counted against the pool. So there is an advantage of signing a Day 1 or Day 2 talent on Day 3 because the first $125k would not have any effect on the team’s pool.

Additionally, this creates an opportunity for the teams to sign power arms for ~$100k and not have it affect their
pool. Theoretically, a team could sign as many players as they like for $100k on Day 3.  While I wouldn’t expect the Sox to go overboard with this strategy, they will likely employ this strategy a few times today.

.
4. Teams know (roughly) how much they’re going to sign their top 10 picks for:

.
Despite the stories of negotiations going to the deadline and players and teams not being able to reach deals, the MLB Draft is usually teams drafting players fully aware of their price tag. While the Braves and Carter Stewart
being the most recent example of the contrary in 2018, the White Sox are a team that typically knows whether they can sign any given player and for how much. So coming into Day 3, the Sox have an idea of how much money they have left in their pool that they could use on Day 3.

.
5.  The White Sox can acquire big talent on Day 3
It is safe to assume that when the draft is complete, one of the White Sox top 5 talents from this draft will be from Day 3.  On Day 2 of the draft, the White Sox drafted top prep talents RHP Drew Dalquist and OF James Beard.  Undoubtedly Dalquist will be very overslot. It’s quite possible Beard is too.  As such, the team needs to make up that pool elsewhere. As you can see in the picture below, the team drafted 6 straight seniors to end the day. Teams will draft seniors because they have no leverage to go back to college and keep playing due to their lack of eligibility. As a result, teams will pick “senior signs” in the top ten rounds to save big chunks of cash that can be reallocated to more pricier talent.

For illustrative purposes, take a look at this table outlining the White Sox pool and draft activity in the last two days. DISCLAIMER: the “deal” column is just projections based on industry views of the drafted players and with knowledge of how the system works. There is no inside information fueling these projections. Additionally, the picture layers in the 5% excess as possible spending. It should not be assumed that any team, let alone the White Sox (LOL) will spend the absolute maximum that they can. That said, the White Sox did it in 2014 with Carlos Rodon. Furthermore, the team has one of the lowest payrolls in baseball and is in the last year of their non-competitive window. It would make sense that they are one of the teams that would spend this 5% excess but it’s never safe to bet on Jerry Reinsdorf tapping into his piggy bank.

If this doesn’t make sense, @ me on twitter but it’s the most complicated excel spreadsheet I’ve ever created: 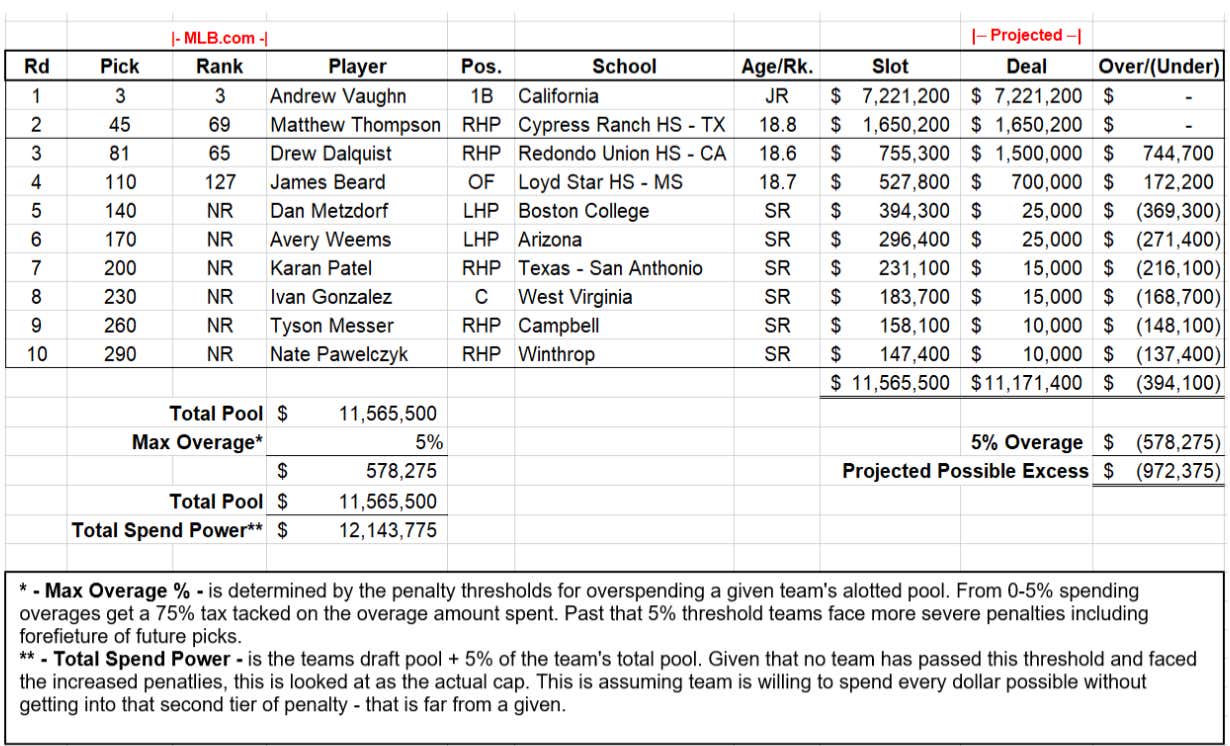