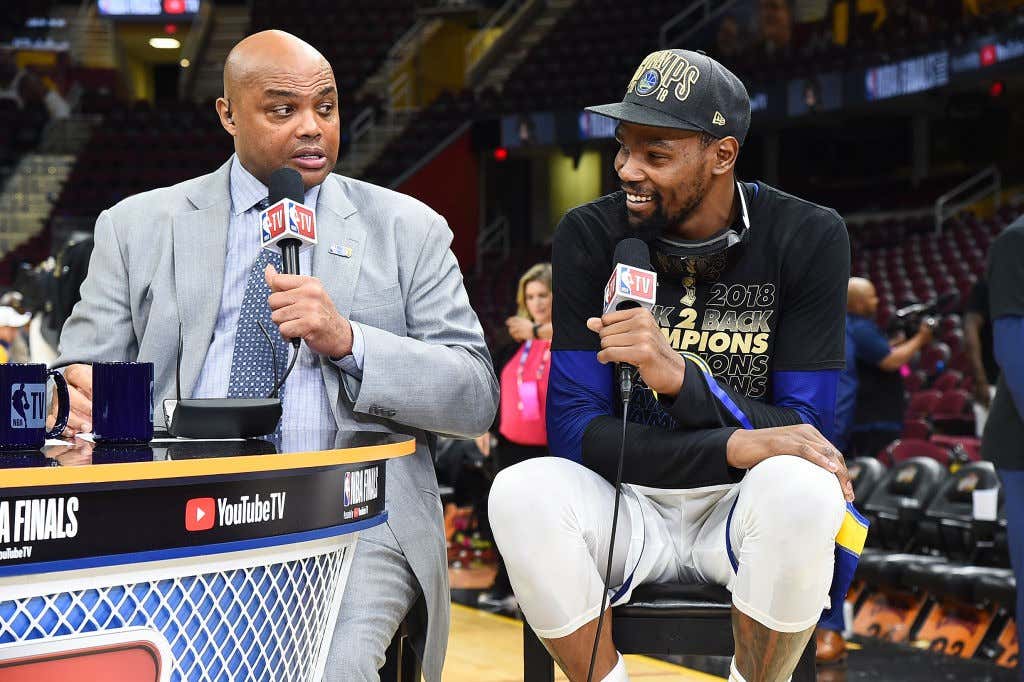 (SNY) – Kevin Durant is one of the top free agents on the market, and is expected to give the Knicks strong consideration if he decides to leave Golden State.

If Durant asked Charles Barkley about signing with the Knicks as a free agent, here is what Barkley would tell him:

“Well I’d say, ‘Kevin you’re one of the greatest players I’ve ever seen. You’ve also got some of the thinnest skin I’ve ever seen. I don’t know if you’re made for New York City,” Barkley said on a conference call to promote American Century Championship golf tournament. “I think that would be the toughest aspect.

“If he’s arguing with these teenagers online, he’s not going to be able to deal with that New York media. He’s a great person, he’s a great player. I don’t think he has the mental makeup to play in New York, that’s just my personal opinion.”

I know we don’t really say that anymore but that’s essentially what Charles is saying here and I wouldn’t exactly say that Chuck broke any news. While it’s not a hot take to think that Kevin Durant wouldn’t necessarily thrive with the NY media breathing down his neck every second, I feel like if he really did go to the Knicks he would be treated as a savior and probably wouldn’t be under all this scrutiny. I get the risk that a big time player might not perform under the bright lights, but considering he’s perhaps the best player in basketball I don’t think we’d see that with Durant. He’s not suddenly going to forget how to play basketball just because there’s a shit ton of media, and depending on what the rest of that team looks like it’s not like they’re going to have title expectations right away. If they only land Durant and don’t bring in any other superstars, sure the expectations would probably be the playoffs, but in the East that’s not all that crazy considering you can be around .500 and still make it.

Obviously the NY media is no joke, they certainly aren’t afraid to bury you if given the opportunity and everything he does will be magnified, but how is that all that different from what he experiences now? It’s not like he’s in OKC where there are like 5 reporters or whatever, he’s been dealing with crazy media and hate since the second he joined GS. Now he hasn’t handled things great on the internet, but that’s just because people are mad he didn’t join their favorite team. If he were to join the Knicks I feel like he doesn’t receive anywhere close to the amount of hate and scrutiny he has now. Everything that triggers him in terms of being called a bitch and a coward and he ruined basketball, that all goes away.

The only thing that could potentially be a problem is if he really can’t carry a team to the promise land, but in my mind that would be an issue no matter where he went. It’ll be that way in BKN or anywhere else where he is the focal point if that team never gets over the hump. So while Chuck isn’t wrong and there are times Durant is charmin soft, I have to disagree with him here. I think he can thrive in NY because for the first like 2 or 3 years of his contract the entire city will be sucking his dick.