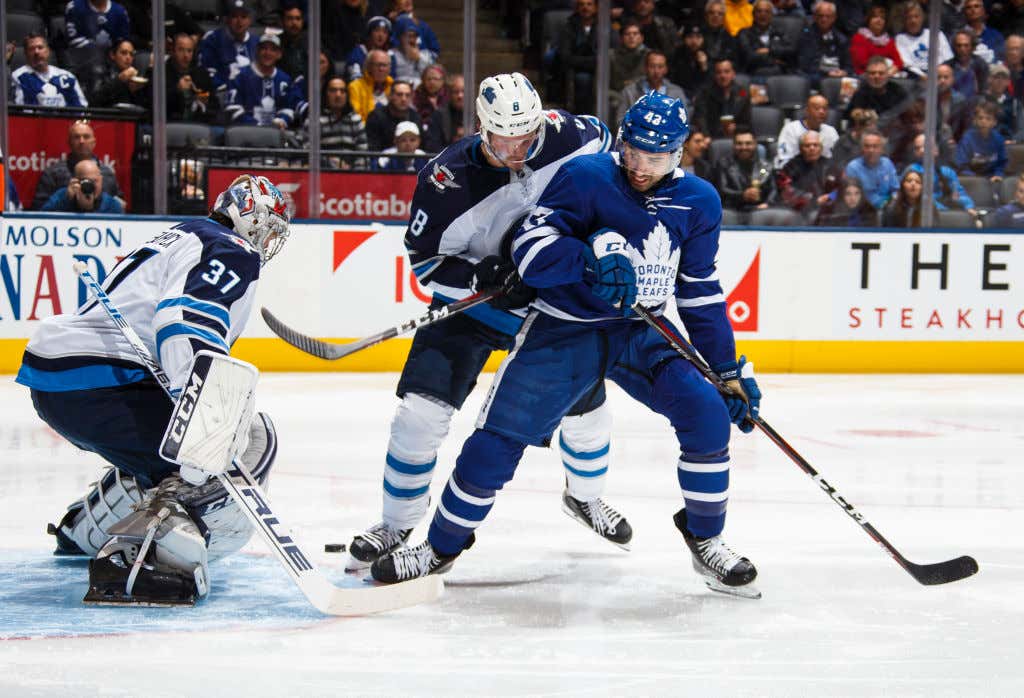 According to everyone’s favorite bike lane patrol man, Nazem Kadri has been traded by the Toronto Maple Leafs to the Winnipeg Jets for Jacob Trouba. Sean Avery took to his Instagram page on Tuesday night to join the insider game and report that his sources in Toronto are telling him that the trade sending Kadri to Winnipeg for Trouba has been confirmed.

What an enormous trade this would be between the top two Canadian teams. It gives each team what they need. Toronto needs defense and Winnipeg could use some offensive depth up front. Trouba would be a great fit in TO and would provide Morgan Rielly some much needed help in the top 4 on the back end.

Kadri had a bit of a down year this season, scoring only 16 goals after netting 32 in the previous two seasons. Trouba on the other hand had himself a career year, with a career high in points (50), assists (42) and goals (8). Trouba is someone who has been projected as a number one defenseman and at the age of 24, it’s safe to say guys like him don’t come around too often.

The Michigan native played the right side on the Jets top pair and will likely slide into the same spot for the Leafs, if the trade is completed. Adding a top right shot dman is huge for the Leafs especially since Nikita Zaitsev has requested a trade. Now the Leafs aren’t handcuffed to bringing back defensive help and can now move Zaitsev for different help.

I’d like to imagine there are more pieces involved here and this isn’t just a one for one trade. I’m sure more details will be released soon, but as of right now all we have is Avery’s Instagram story saying it’s Trouba for Kadri.