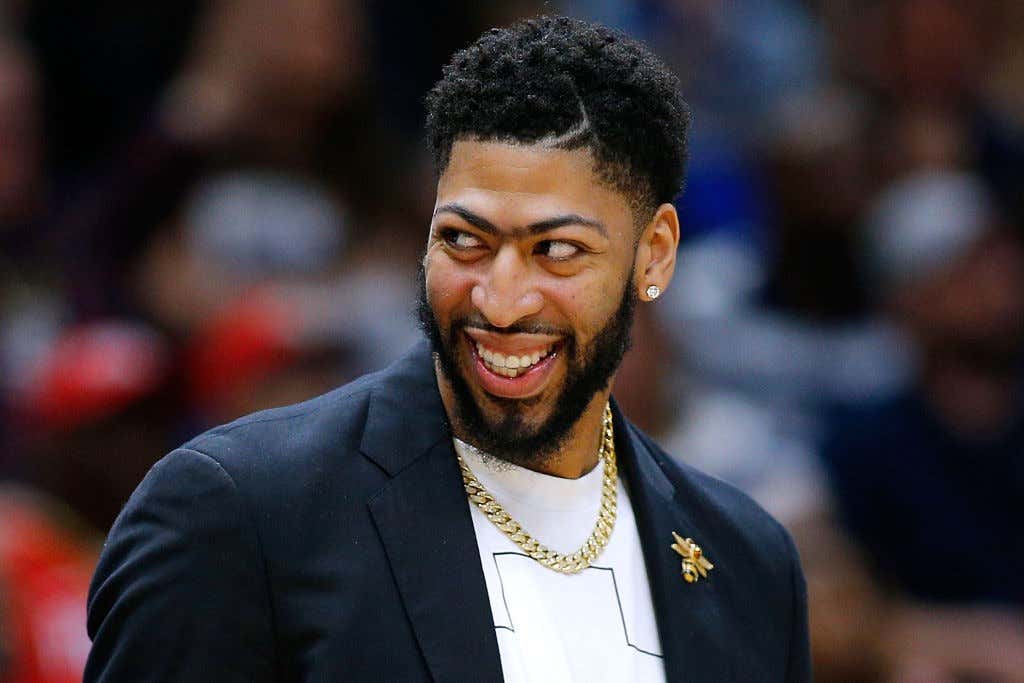 When David Griffin first took the Pelicans job back in April, he made it very clear he had every intention of convincing AD to stay in New Orleans

I mean what exactly did you expect him to say in that situation? Even if the rest of us knew that there was most likely no chance that attempt would actually be successful, at least you had to respect the self confidence that Griffin would be able to pull it off. Then the NBA hooked them up with Zion and things potentially could have changed. Just a few days ago they had their all important meeting

and sadly it does not look like the idea of playing with Zion was enough to convince AD to change his mind about a trade. Now obviously Griffin has to do his due diligence and actually see what’s potentially out there in a trade package, that doesn’t necessarily mean he has to pull the trigger. Hell, we could see this be dragged out until February if Griffin wants to. But of course the longer he waits the worse those offers get since everyone clearly knows Davis is leaving. All those teams we heard about this past February are definitely going to be interested, and while it’s just Twitter there are clues everywhere you look

I wrote last week that whatever came from that AD meeting with the Pelicans had the potential to shape the entire NBA landscape and I still think that’s true. You think of the Knicks, Lakers, Celtics, Warriors, Mystery Team X, their entire futures all come down to whatever the hell happens with Davis. Which young talent does Griffin like best, who is willing to put together the best package, all that shit is going to pretty much dictate what happens in free agency. If NYK are able to land him maybe that attracts Durant and Kyrie which impacts what the Celtics do. If he’s traded to BOS maybe Kyrie stays and Durant stays in GS since he has nobody to pair with in New York. Maybe LeBron lands his big fish in Davis and then someone else like a Jimmy Butler is down to team up in LA, hell maybe even Kyrie. Everything is on the table and that’s what makes this time of year so awesome. You could talk yourself into a thousand different scenarios that would seriously shake up the entire league.

If there’s one thing we know, this all coming from Shams was no accident.