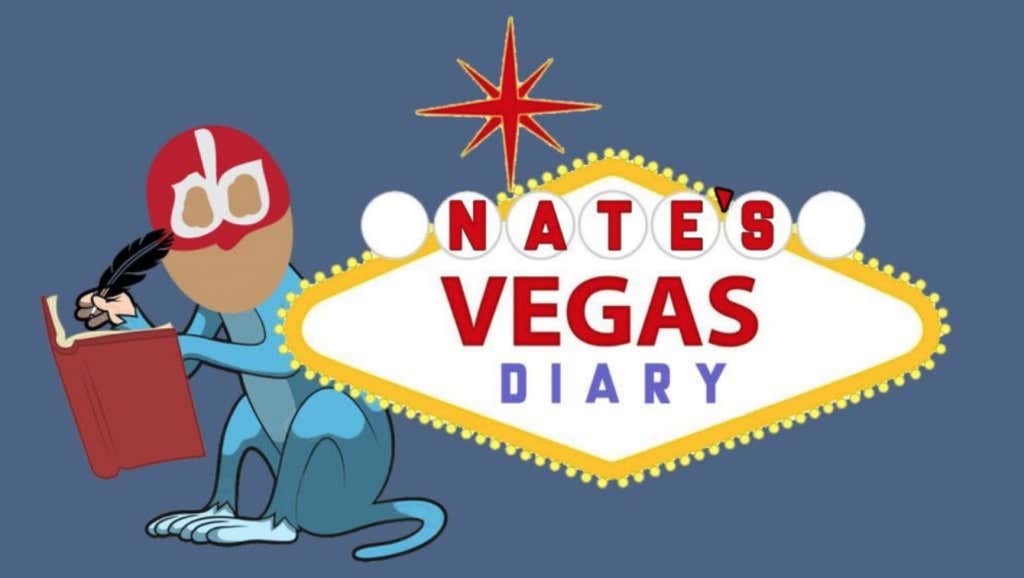 In just about an hour from now, I’ll be unbagging and playing in day 2D of the biggest poker tournament ever held, the Big 50 at the WSOP.

I ended day 1 with a comfortable 363,000 in chips, putting me in about the top 10% of my starting flight. 2,103 from over 9,000 entries moved on to day 2, and around 1,300 or so will make the money. So there’s still a while to go before I potentially cash, but I’m feeling good about it, albeit also a little gassy. I think it’s from the couple of IPAs I had during the Cup game last night. Oh and by the way, west coast time is awesome. I was watching hockey in the sunshine and then when it was over, there was still an entire night ahead of me. It’s so great. You don’t have to plan your night around the game, just dinner, which basically just means you’re eating more nachos than normally.

Which leads up to the bad beat. Bad beats happen in poker. Sometimes to you, and sometimes in your favor. We’ve all been on both sides of that coin. But all I ask for today is not to run into a beat THIS bad:

Just so brutal! Actually I guess now that I think about it, I’d prefer to lose that way. At least I’d get a good story and picture out of it. Much more exciting than the standard way of losing, getting pocket kings in vs AK and them rivering an ace.

As I type this, it’s 9am west coast time and we start play again at 10am. Follow along on the Cracking Aces IG story as I chase flushes and glory. Hopefully today ends with me bagging chips once again. That’s my goal at least!