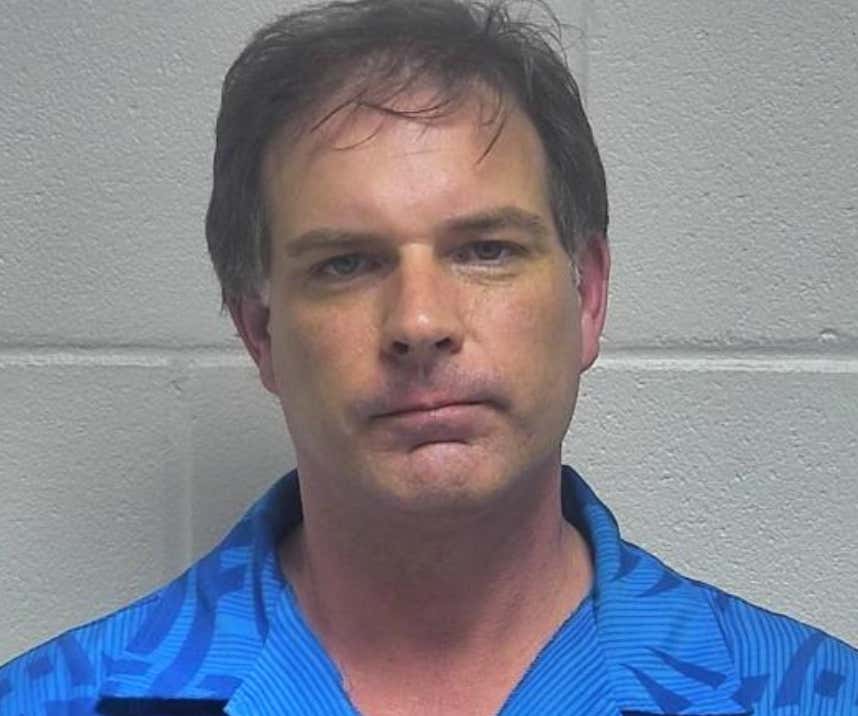 [WKYT] - A disc jockey at a Kentucky high school’s Project Graduation was arrested Sunday after authorities say he was drunk at the event.

An arrest citation says Denis Ray Rhodes of Loveland, Ohio was charged with drug and alcohol-related crimes during the event at Oldham County High School.

The Oldham County Sheriff’s Office said it received several complaints from bystanders accusing Rhodes of being intoxicated around hundreds of students. Deputies said he was slurring his speech, staggering and smelled strongly of alcohol.

Deputies say Rhodes would admit to law enforcement he was drinking vodka during the event, and they found it in a sports drink bottle. He was also possessing a marijuana vape device with residue inside.

Project Graduation is a program which provides adult-supervised, alcohol-free activities after students graduate.

If we want to arrest Denis we should arrest him for spelling his name with one N or going by Denis Ray instead of just Dennis. That’s the real crime here.

These Project Graduations are always a pain in the ass. I remember at my high school you were required to do the lock-in the night of graduation. Some bullshit that was. I’m literally leaving your school and you’re making me stay here in order to do so. You know what was discussed? Sneaking vodka in water bottles/Gatorade bottles.

I say free Denis Ray Rhodes and charge him with having a dumb name.