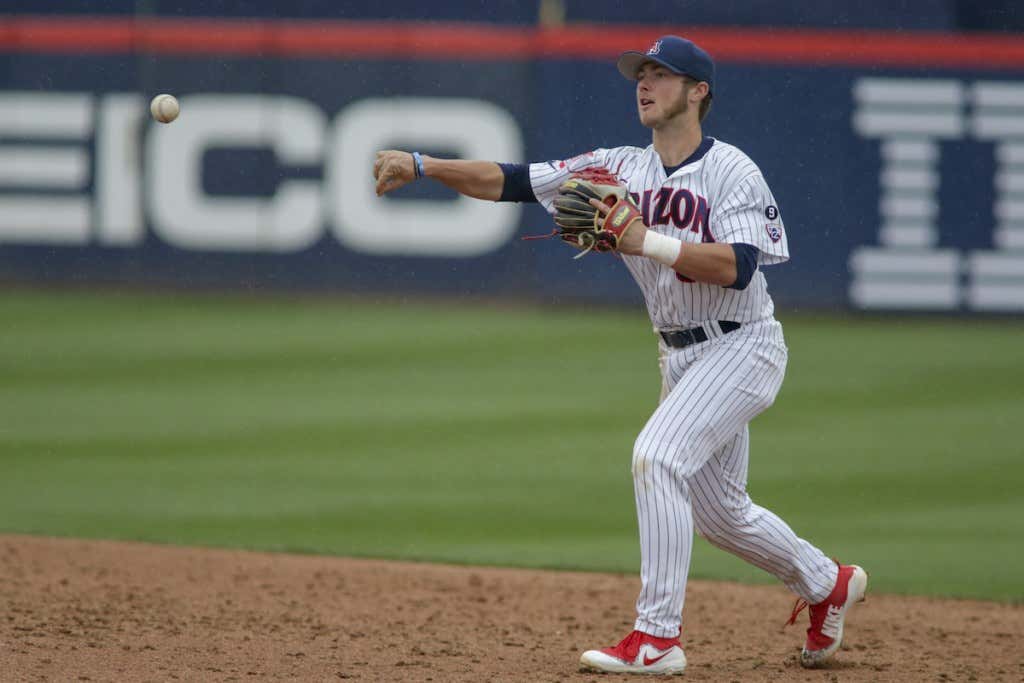 With the 43rd pick in the 2019 MLB Draft, the Boston Red Sox select Cameron Cannon, shortstop out of Arizona.

What a fucking name! Cameron CANNON! The nicknames write themselves. Love it. The Red Sox dropped down to the second round with their first pick in the draft as a penalty for being more than $40 million over the tax threshold. They were originally slated to pick at No. 33, so 5-6 years from now we can freak out over who got taken at that spot if he ends up being a stud. For now, welcome to the Red Sox organization, Cameron Cannon.

From what I’ve read on Cannon, he’s projected to be more of a second baseman or a third baseman at the professional level. As a junior this year, he hit .397 with a .651 slugging percentage, 29 doubles, 8 homers and 56 RBI in 56 games. Decent!

I got some questions on Twitter about the Red Sox selecting a shortstop with their first pick after just signing Xander Bogaerts to an extension. First of all, he mostly played third base in college, and there’s the aforementioned notion that he won’t play shortstop professionally.

All that aside, here’s the longwinded explanation for selecting a player at a position that you’re already set at — the MLB Draft is not like the NFL Draft. You don’t draft based on current positional needs. You take the best available player at the time that your spot comes up. Why? Because it’s very likely we won’t see Cannon at the major league level for several years. The MLB Draft is the most unpredictable in terms of the talent selected actually panning out. Players can also switch positions at the minor league level to fit positional needs at the big league level down the road. And, of course, if the player is living up to the hype but they’re blocked at the big league level, then they become a trade chip for you to address other needs on your big league roster.

Cannon joins Red Sox prospect Bobby Dalbec as yet another Arizona infielder to be selected by Boston in the draft since 2016. Speaking of Dalbec, he just homered twice in back-to-back games over the weekend. Be on the lookout for a promotion to Triple-A relatively soon.