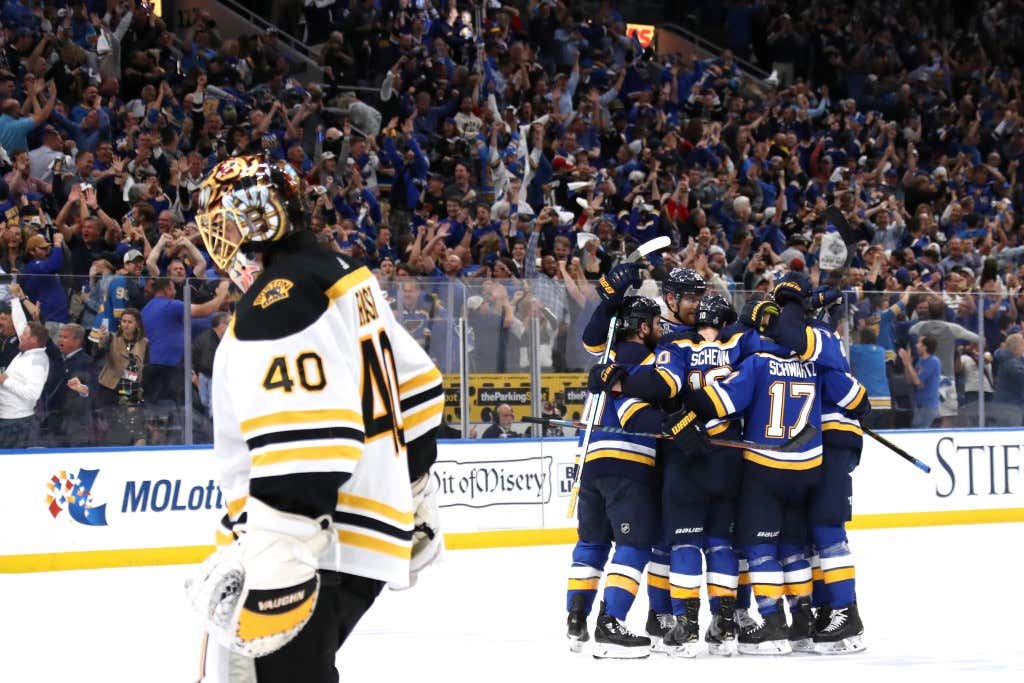 The Blues punched back and took care of business at home in Game 5 and now we’ve got a best of three series. St. Louis came out hard and heavy on the forecheck and the Bruins couldn’t match it, pissing away a tied game in the 3rd despite being outplayed. The B’s lost Zdeno Chara, who took a puck to the face in the 2nd, there is no update on his condition.

43 seconds into the game Ryan O’Reilly made it 1-0 Blues.

Zdeno Chara threw a puck on net and Charlie Coyle scooped it up and buried it to tie the game 1-1. Good things happen when you put pucks on net.

Wasn’t a great start to the second for the B’s, just 3 minutes into the period Zdeno Chara took a puck to the jaw and was leaking as he headed off the ice.

After getting hemmed into their zone for what felt like a million years, Connor Clifton was whistled for check to the head of Vladimir Tarasenko. Tarasenko acted like he was shot and got the call. Brad Marchand set up Brandon Carlo for the short handed goal to tie the game up. Great play by Bergy to shoot for a rebound.

First goal of the playoffs for Brandon Carlo. He’s the 20th different Bruin to score this postseason. 2-2. 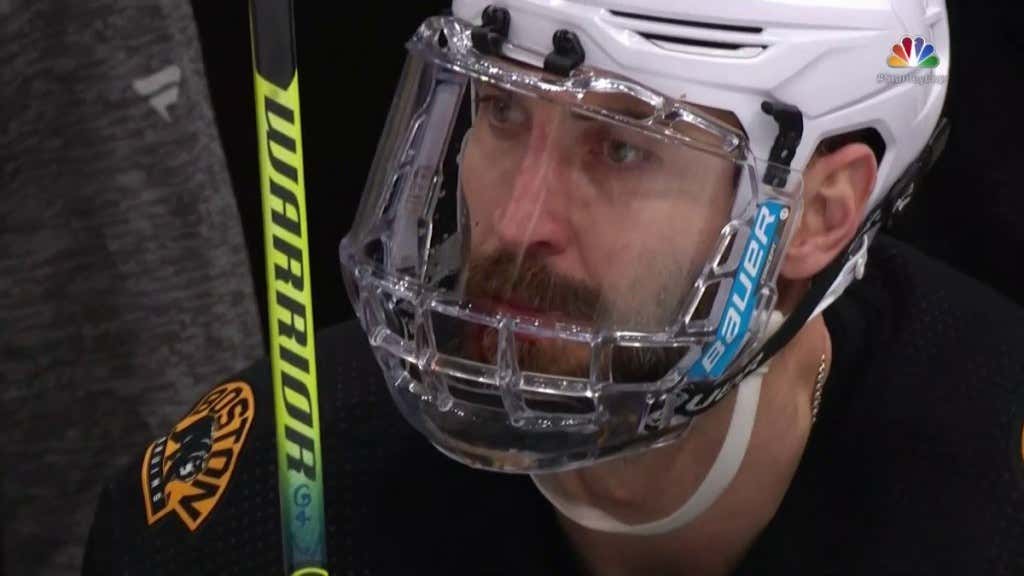 Zdeno Chara came out in the 3rd with a fishbowl but did not play.

Alex Pietrangelo fired one in on Tuukka Rask and Ryan O’Reilly cleaned up the garbage. Bad change from the Bruins. 3-2 Blues.

– Took 43 seconds for Vince Dunn to make an impact on the game. He hadn’t played since May 15 (facial injury vs. San Jose). The Blues forecheck was absolutely relentless all night hemming the Bruins in their own zone for long stretches.

– Charlie Coyle is the first Bruin since 1970 to score a goal in three straight SCF games. He’s been a monster for the B’s in the postseason. 9th of the playoffs.

– No Matt Grzelcyk made a big impact tonight. Tough game especially for Clifton. Moore watched as Tarasenko buried a rebound on Rask.

“He got hit in the face. It hurt. He got some work done, stitches. He wasn’t able to play, but he wanted to be there with his teammates. We’ll see where it goes from there.” – Bruce Cassidy postgame on NESN

– The Bruins lost Zdeno Chara early in the 2nd and he didn’t play the rest of the game. Came out on the bench for the 3rd with the fishbowl but didn’t take a shift. Was clearly there for moral support. No word on his condition yet but should have an update soon. B’s have Kampfer and Vaakanaien waiting in the wings if Z can’t go on Thursday.

– Brandon Carlo became the 20th DIFFERENT Bruin to score in the postseason. Nuts stat but his effort tonight was all for nothing. He ate the minutes when Chara went down, thought he played well but unfortunately the B’s couldn’t get the job done.

– No show from the second line tonight. Krejci. DeBrusk. Backes played just 9:09. Does Bruce Cassidy turn to Karson Kuhlman? Or keep him in? Really thought this would be a game Jake DeBrusk would take over.

– Speaking of 2nd lines.. Monster night for Ryan O’Reilly. 2 goal game. Him and Pietrangelo were the difference makers tonight for St. Louis.

– Disappointed to see St. Louis resort to violence in the stands.

The Bruins had a chance to win the period and win the game but came out flat in the 3rd and pissed the puck away. God awful puck management. Frustrating.

Time to shake it off.  We’ve got a best of three series with home ice advantage. Let’s go. Back at it on Thursday. 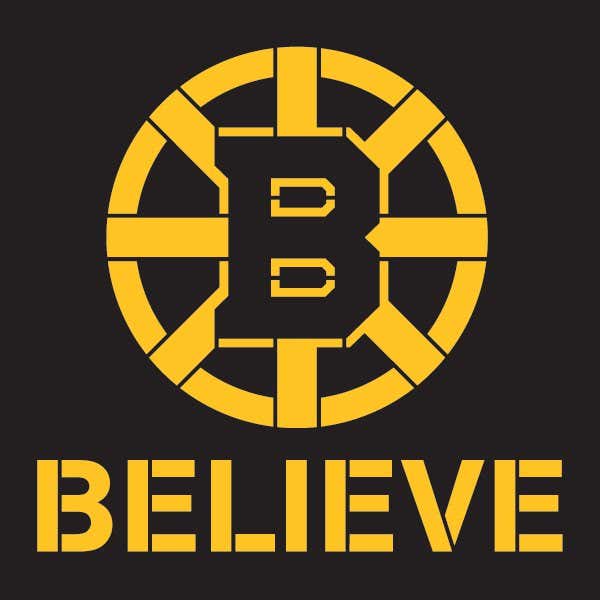