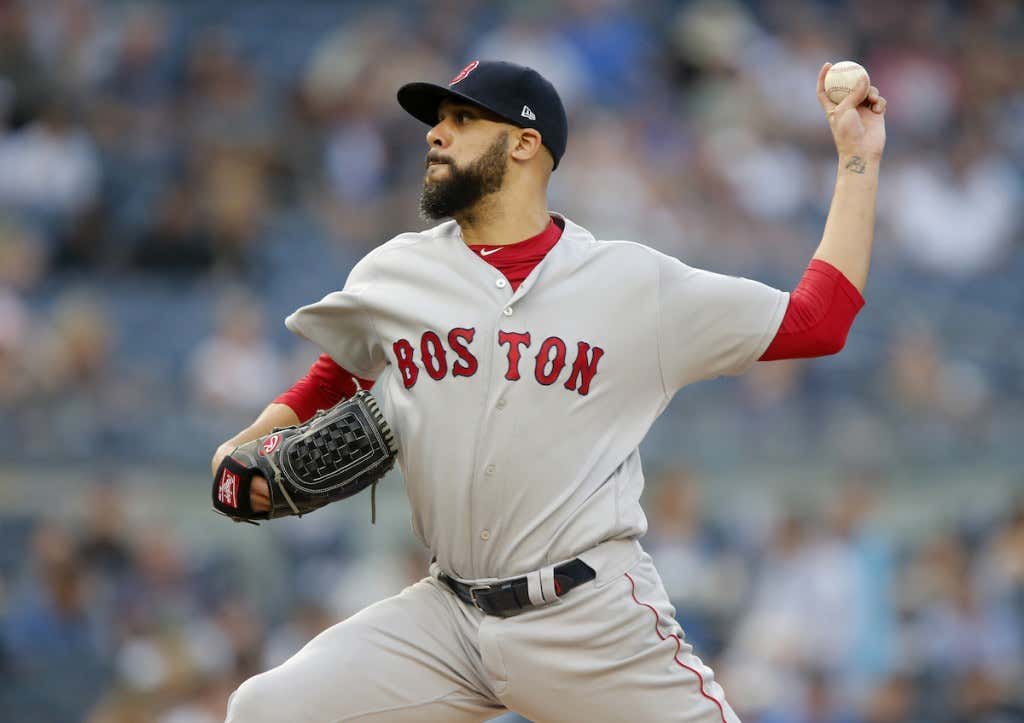 I saw some Yankees fans celebrating another series win after Saturday night, and I was a little confused. I’m a man of integrity and the last time I checked, this was a four-game series. The first game was rained out, the Yankees took the next two and then the Red Sox took the last one. That fourth game will be made up in August, making this an undecided series with a split still up for grabs. Those are the rules. I don’t have a say in this.

Needless to say, the Red Sox were lifeless coming into Sunday. I’ve already given you that the Yankees are the better team right now. To say that I’m biased would be unequivocally false. I even let Gio Urshela come on my podcast. Name another Red Sox guy who has ever done that. You absolutely cannot. All that being said, this Red Sox team has proven that they can quite literally be the worst team in the league and then flip a switch and start punishing teams. Consistency would be nice, but I’ve got no choice but to ride the roller coaster.

David Price has exorcised his postseason demons, winning the clinching game of the ALCS against the Astros in Houston AND the clinching game of the World Series in LA. Has he exorcised his Yankee demons? Well, I’m not entirely sure that the Yankee narrative is or was ever on the same playing field as his postseason failures. Price has pitched well against the Yankees several times. It’s just that his failures against them get super magnified, much less since Chris Sale was added to the fold in 2017. But they were still there.

On Sunday night, Price took to the mound at Yankee Stadium in the series finale. This, of course, came after he was falsely accused of “ducking” the Yankees last week when he had to exit a game in the first inning with flu-like symptoms, signaling the internet peasants to believe that this would force him to miss his start in New York. Instead, Price dealt for six and a third, holding the Yankees to two runs on six hits with six strikeouts and a walk. Not quite yet, but I’ll be making my push for Price to make the All Star team again this year. He’s more than deserving.

I was out in right field where the haters said that I would never sit for a Red Sox-Yankees game. Yankee fans taunted JD Martinez with chants of his mother’s, sister’s and ex-girlfriend’s names. He then hit a moon bomb in the first inning, which only enraged these individuals while he laughed in their faces.

Xander Bogaerts made them even more upset when he crushed his second homer in as many games, his third in his last four games, this one going a few rows deeper than JD’s. Since May 17, Bogaerts is leading the American League with a .406 batting average and the fourth best OPS at 1.191. His 26 hits over his last 15 games are second to only Nolan Arenado, who has 27 and the benefit of playing an extra game.

Andrew Benintendi, JD Martinez, Xander Bogaerts, Eduardo Nunez and Michael Chavis all had two hits in Boston’s 13-hit, eight-run attack. Since May 4, the Red Sox are second in the American League and third in the majors in runs scored per game (6.31) behind the world-beating Twins (6.75) and the Rockies (6.44). Over that 26-game stretch, the Red Sox are hitting .282 with an .852 OPS as a team, good for third and fourth in the majors, respectively.

The Red Sox bullpen only bent when the skies opened up and Matt Barnes got charged with three earned runs during torrential downpours in the 8th inning that knocked out ESPN’s broadcast feed and caused Alex Cora to come out of the dugout and request the grounds crew to work on the mound mid-inning. Brandon Workman got the save in the ninth, who I’m more than fine with seeing out there in save situations while Dave Dombrowski is working the phones to get a real closer in here at some point.

Boston now heads to Kansas City to take on the last place Royals in a series that begins on Tuesday. Need all three of these. In the opener, it’s Eduardo Rodriguez versus Glenn Sparkman. The Royals righty has only started two games this year, working mostly out of the bullpen, but was ejected in the second inning his last time out for drilling Tim Anderson. However, Sparkman did shut out the Rays through seven innings in his first start of the year back on May 1. Rodriguez is coming off a one-run, six-inning performance against Houston his last time out, which was nice to see after back-to-back shit starts against the Rockies and Blue Jays.

PS — Clint Frazier skipped out on facing the media after three gross plays in right field on Sunday night. He can’t field baseballs, he can’t field questions; it’s just not a good look all around. Yankee fans in the bleachers even started chanting, “Fuck you, Clint! Fuck you, Clint!” It was awful.