It’s very safe to say that this is the hottest driving scene Chicago has seen since Bale dusted Ledger on Lower Wacker Drive some time ago. Yeah, there was a little more action in that one, but somehow this had more mystique. I’m a big mystique guy. Major points for mystique.

The video was really a winner just from the opening shot of Soldier Field:

Then they go and give us a little concourse driving after a nice shot of passing the old school columns to really suck me in and have me wondering what’s going on:

This leads into my favorite part of the whole thing – when the famous Bears striped socks show up as Mitch hops out of the car: 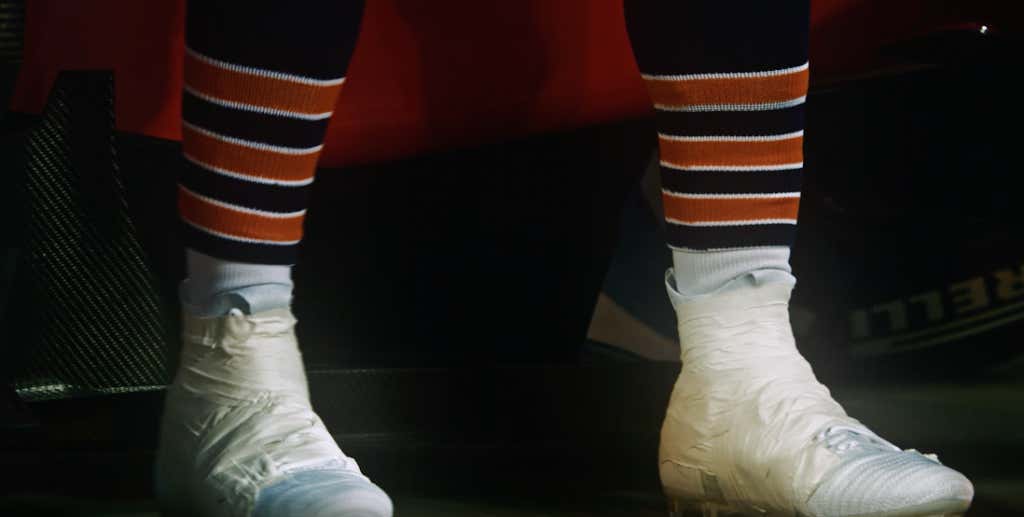 We get the helmet reveal.

And then a nice beep beep shot of him setting the alarm.

Sure, his hairs a little out of whack, but who cares? He had a helmet on and has bigger shit to worry about.

So, overall I give the promo an A- (nothing can be an A+ because you need wiggle room as a boss once told me) on the commercial scale. For sure better than a dumbass discount double check.

But, definitely not better than the GOAT: