If you didn’t know, Jaylen is out in Egypt right now

but that did not stop him from putting in some work. As you can see in the video above, Jaylen Brown is destroying these poor bastards with handles I didn’t even know he had. Think about that for a second. By all accounts Jaylen Brown has pretty terrible handles by NBA standards, it’s the one glaring weakness in his game that I want him to improve more than anything. Now I know this isn’t exactly the best competition in the world, but those are still handles I did not know Jaylen possessed. Makes me wonder what type of weird ancient Egyptian rituals he may have been doing while he’s out there.

I give credit to that first defender, he did everything you could want to start that possession. Good stance, didn’t reach, kept his eyes on Jaylen’s belly button, things started off great. After lulling him to sleep though, this is where things started to do downhill quick 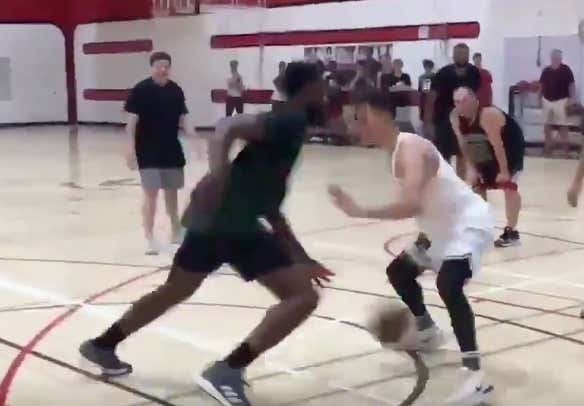 Oh no, not the dreaded nutmeg. You never want that to happen under any circumstance. Credit his buddy in the dark gray tshirt for being aware and even doing a great job of rotating. That’s the type of defensive cohesion you don’t often see in pick up games. Here’s the problem though, the kid in the white did a great job of recovering and was actually in decent position which caused a bit of a collision between the two 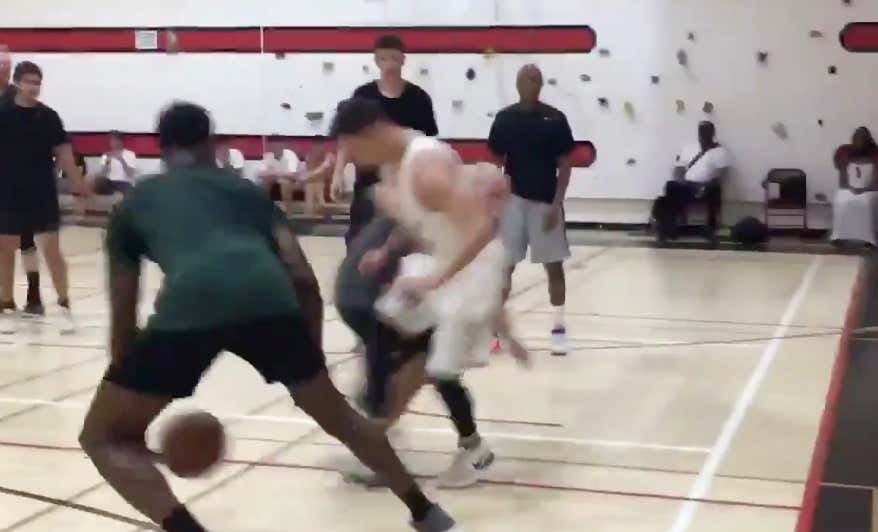 What the #1 thing you learn while playing defense? Michael Jordan told us. You reach, he teach and shame on the dark gray tshirt guy for being lazy and trying to reach instead of establishing position. Credit to Jaylen’s offensive awareness for seeing that and unleashing a lethal stepback that made me audibly gasp. Not because of what happened with the defenders but the fact that Jaylen actually pulled it off flawlessly. Him making the shot on top of everything was the icing on the cake and everything I needed to see before changing my pants.

Listen given how the Celtic season ended and all the drama surrounding Kyrie and his free agency, I needed a video like this. It is well documented I am a big time sucker for summer workout videos, and I couldn’t imagine a better start.

Seriously though, RIPIP to that kid. Tough break.