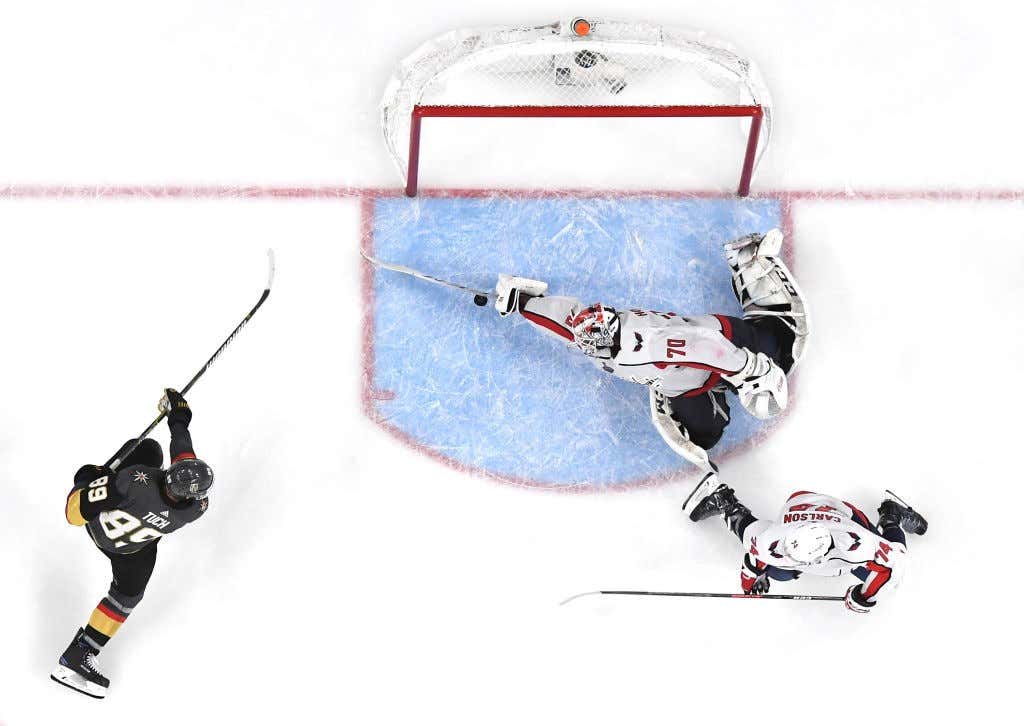 There aren’t a ton of moments that I, a DC sports fan, can point to as one that I’ll never forget. Wait…yes there are, but not many of them are on the good side. Most are like “hey remember when we had a phenom rookie QB and his knees blew up because of our shitty turf during a muddy playoff game?”. “Hey remember when we shut down Stephen Strasburg and have never won a playoff series despite having loaded rosters every year?”. “Remember when the Wizards…did things?”. But. That all changed a year ago. And a ton of it has to do with what we now call “The Save”.

I still get chills watching it. Who knows what happens if Holtby doesn’t get his stick on that puck. Vegas ties it up and the Caps have to play an OT game on the road. Maybe the Knights then go up 2-0 in the series and who knows what happens from there. But instead Holtby made The Save, the Caps won the game 3-2, and then won the next 3 en route to hoisting Lord Stanley’s Cup. Amazing what a difference 3 inches makes.

And it’s also the 1 year anniversary of the Canadian Elvis giving me 100:1 on the Caps winning in 5. My 100 dollars to his $10k. To this day he still has not paid me. Sad, sad, sad. All you have in this world is your word. Maybe one day I’ll get paid. Maybe one day.