I already know that 99.9999999% of the takes on this are gonna be, “Fuck that guy. Let the kid have the foul ball you monster” but that’s bullshit. Are we now a nation where people get things they didn’t work for? That’s not my America. In my America, you get what you work for. If that kid wanted that foul ball he should’ve worked a little harder but instead the old guy worked harder and beat him to it fair and square. The people who are mad at the old guy for keeping the ball are the same people who say the younger generation is spoiled and lazy, so which is it? You can’t have it both ways. The old guy wanted the foul ball more so he tried harder and got it. That’s how life works.

Well life is also about timing. You can scratch and claw and work your fingers to the bone like that guy did for that foul ball and someone else might get what you were working for just because of pure luck. Whether it be nepotism or winning the lottery or simply standing in the right place at the right time like the lady who eventually got the foul ball was. There’s literally nothing more that guy could’ve done to get that foul ball but the lady got it because her seat was closer to where the ball landed. That’s life.

No gas though, that dude HIGH STEPPING down rows of seats is the most impressive athletic feat any of us will ever see. Somebody said on Twitter that him swimming down the rows was more impressive but I still go with the high stepping. All of us have tried to step over a row of seats at some point in our lives and it always results in disaster. You either end up falling over and spilling everything you were holding or leaning on pissed of people who were stunned you attempted the crazy idea in the first place. Not that guy, that guy effortlessly bounded down those rows like he’d done it his whole life. One of the more impressive things these eyes have ever seen and will ever see that resulted in nothing.

He’s for sure sending a, “You’re not gonna believe this shit” text and the person on the other end is gonna tell him it was all caught on TV 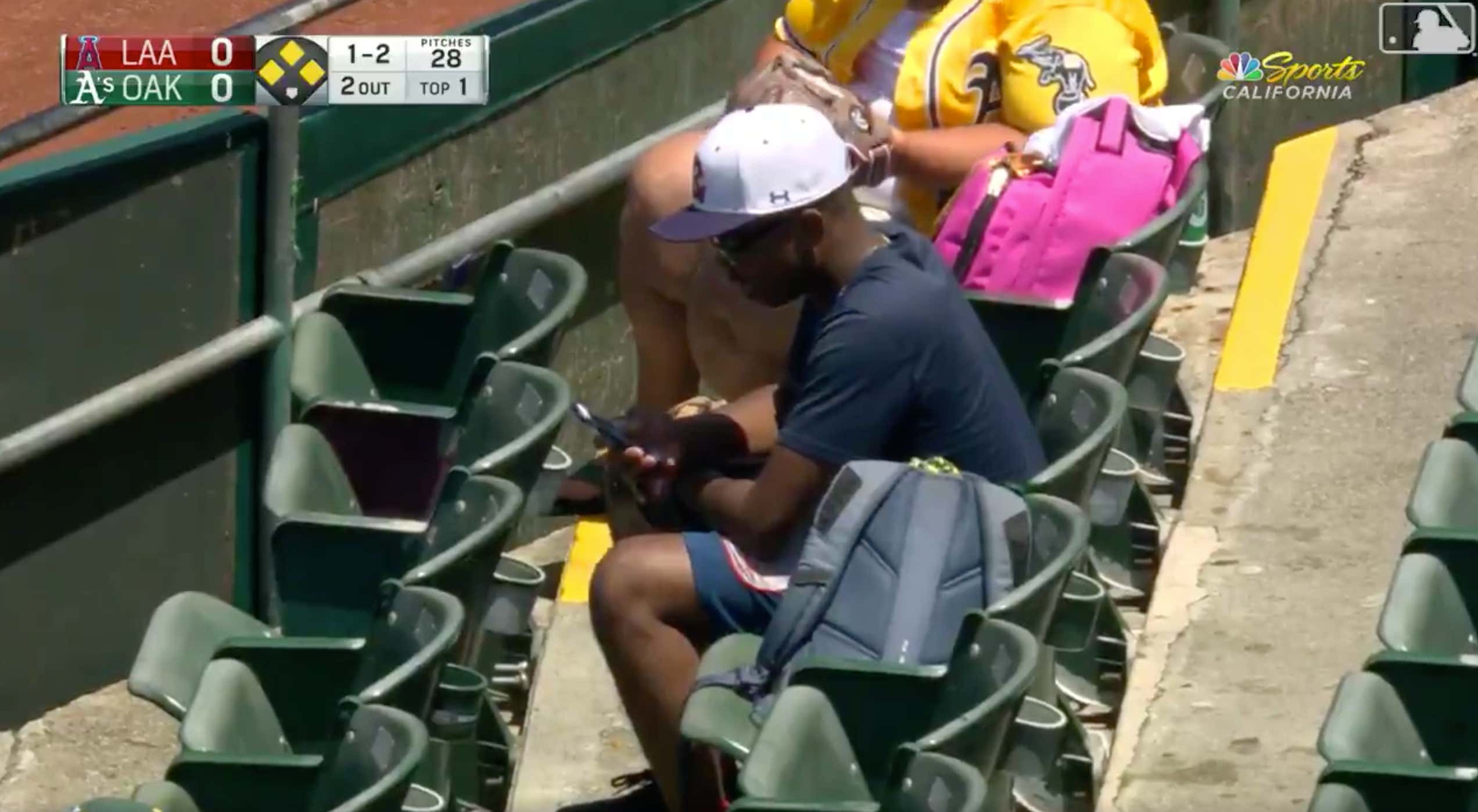