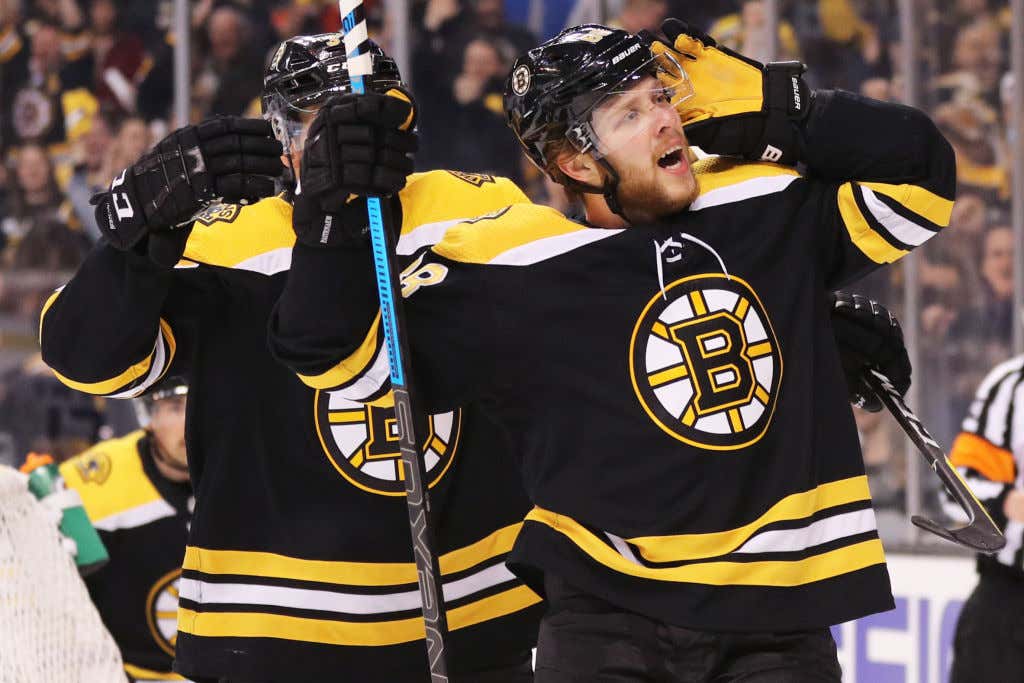 When you start playing hockey as a little kid it’s not about money or fame, it’s about having fun and playing the most beautiful game in the world. Every kid who laces em up wants to go pro someday, but you never think about the game you love actually being a job that pays the bills. But at the end of the day, playing hockey at the NHL level is a job and it does need to pay your bills. Unfortunately, some guys get lost along the way and let the money take over their love for the game. David Pastrnak is not one of those guys. Pastrnak spoke with reporters during the Stanley Cup Final Media Day and when asked about his contract and how he could have signed for a lot more, Pastrnak stressed that he is just playing hockey because he loves the game.

I think anyone who has ever had a conversation with David Pastrnak or even attended a Bruins practice would tell you that this does not surprise them. Pasta is an 11-year-old kid who is all jacked up on sugar in a 21-year-old’s body. The kid loves the game and is always having fun on the ice. He’s the kid on your team who is always shooting pucks while the coach is explaining drills because he just can’t get enough. He was like the kid growing up you had to force off the ponds after playing all day. Buddy was born to be a hockey player and he loves every second of it.

In September of 2017, Pastrnak signed a 6-year, $40m contact that will keep him in Boston through the 2022-2023 season. For a kid who didn’t come from much money back in his home country of the Czech Republic, he certainly will never have to work a day in his life once the hockey career ends.

We need more guys like David Pastrnak in sports. Guys who appreciate the game and are playing because they generally are passionate about the sport and don’t care about all the money and fame that comes with it. Kind of weird Pasta and William Nylander are best buds and are on complete different ends of the spectrum on this one, Nylander could learn a thing or two from his pal.