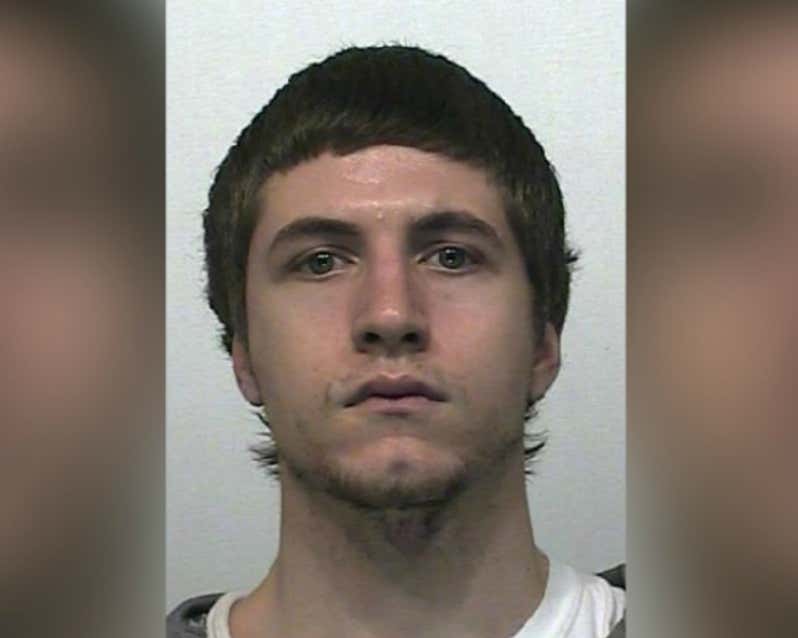 (Wenatchee World) – A convicted felon accidentally shot himself in the genitals last month at an apartment in Cashmere. His problems didn’t stop there.

Cameron Jeffrey Wilson, 27, had a pistol tucked into his front pocket April 5 when the gun discharged, sending a bullet through his testicles and into his thigh, according to a probable cause affidavit filed April 16 in Chelan County Superior Court.

Instead of heading directly to a hospital, Wilson instructed his girlfriend to first drive to Lincoln Park in Wenatchee, where he gave the pistol to a friend, the affidavit said. A 13-time convicted felon, it is illegal for Wilson to possess a firearm.

As doctors and nurses performed surgery at Central Washington Hospital, a balloon containing marijuana slipped out of his anus, the affidavit said.

Chelan County sheriff’s detectives were notified that Wilson had suffered a gunshot wound and then responded to the hospital. They searched the car and found a bag of methamphetamine inside a pair of blood-stained jeans he’d taken off before entering the hospital.

Wilson, an East Wenatchee resident, turned himself in April 18. A detective told corrections officers at the Chelan County Regional Justice Center of Wilson’s proclivity to store marijuana in unconventional places.

During a strip search, another balloon of marijuana slipped from Wilson’s anus, according to a probable cause affidavit filed April 19 in superior court.

He was arrested and then charged with possession of a controlled substance in a correctional facility, but his legal troubles would continue.

From the jail, Wilson made multiple calls to his girlfriend asking her not to cooperate with investigators, according to a probable cause affidavit filed April 26 in superior court. Authorities listened to the calls and subsequently charged him with four counts of tampering with a witness.

All things considered – and there’s a fucking lot to consider here – this guy has to be the worst criminal of all time. Not in terms of the acts he was committing, though I haven’t yet thumbed through his prior THIRTEEN felonies. Just in terms of being a criminal this guy probably should have picked a different career path. Because you talk about escalating a situation from bad to unrepairable in two flaps of a humming bird’s wings, you talk about this jackwagon.

Why you got weed in your ass for, bro? Why. Why. For what. For what purpose was there cannabis in your keister? Multiple balloons full. Weed isn’t fucking heroin you can’t possibly fit that much in there unless you’re Ava Devine. And even then, it’s not a consistent powdery substance like the other types of drugs made for packing in your rear end. There’s stems and shit that even the best vacuum sealer can’t completely smooth out. Oh yeah, and even outside of all that, marijuana is wildly legal in Washington. Definitely not the type of state you need to jimmy open that brown eye to double as your stash spot.

And while stuffing a sack of sativa in his shithole should be the most troublesome part of a story where a guy accidentally shoots his balls off, it might not even be top three from this particular tale. How does one have the presence of mind to realize that he’s a THIRTEEN TIME FELON who needed to get rid of the gun but couldn’t also ditch the meth during that same transaction? Or, better yet, why not put the meth in your ass and leave the weed in the car? Meth, while also more jagged than your traditional powder based intoxicants, can surely be asspacked in a larger bulk than marijuana. I haven’t run these tests to know for sure but I feel confident in my assessment, I’m decent at Tetris.